5 Ways To Emasculate A Man

Why is politically correct language so toxic? Please examine how the issue of rape is whitewashed by online magazine Ebony, in the following feminist article, “5 Ways We Can Teach Men Not to Rape.”

1. Teach young men about legal consent:  Legal consent tops my list for a reason. Without it, sexual contact with someone is rape…whether you intended to rape or not.  A woman who is drunk, unconscious or sleeping cannot give legal consent.  And it’s not about a woman simply saying “no,” it’s really about making certain she’s saying yes!

Never mind the fact that rapists will never ask for consent, or that successful womanizers understand and know how to overcome last minute objections to closing the deal, because rape isn’t the actual issue here – instead it is training men how to give more power to women. If men are involuntarily celibate because of the tension killing, erotically sterile, and safe beta mode of asking permission to rip the clothes off a woman in your room – well, that’s not a woman’s problem, now is it?

2. Teach young men to see women’s humanity, instead of seeing them as sexual objects for male pleasure: There is a reason why women are shamed into silence and why teenage boys in Steubenville, Ohio are caught on camera laughing about gang raping an unconscious girl at a party.  The dehumanization of women spans all areas of American life.

Quick question – if a woman is driving drunk and crashes into someone else, how come defense attorney’s cannot use the defense of “she was drunk and therefore could not consent to crashing her car?”

And what about men’s humanity? If the girl is drunk and the man is drunk, why is it only the girl who is unable to give consent?

But see, there’s no need for asking tough questions, because the goal of political whitewashing is to interpret events in such a way it fits a political agenda, which is, in this case, of men oppressing women. For example, in the Ohio story – she wasn’t gang raped. She was fingered without consent by boys a little less drunk than she was. Ooops – that’s too complicated. Let’s just call it a gang rape and preach about woman’s humanity.

Remember – you’re not human until you’re blacked-out drunk and pissing all over your friend’s carpet.

The young men in Steubenville aren’t monsters.  They did something monstrous and criminal but perhaps we should begin to stop repeating the notion that “criminals” are the ones raping 1 in 5 women.  No, it’s our husbands, boyfriends, acquaintances, relatives, and friends and they rape because they are not taught to see women as full autonomous human.

1 in 5 women are raped? Yeah… I’ll let the above paragraph speak for itself.

3. Teach young men how to express healthy masculinity: “The question that’s being asked about what women can do to prevent violence against them is the wrong question.  It’s not what can a woman say or do that can prevent being attacked.  We need to turn that paradigm upside down.  We need to focus on the messages that men are getting and about how they relate to women.

I have no idea what the hell healthy masculinity is, but I’m pretty sure it doesn’t involve being afraid of making sexual advances on a woman lest she claims you raped her. In fact, I have no idea what the above paragraph says, but rest assured that this politically correct language is being foisted upon hundreds of thousands of college students every year in America.

4. Teach young men to believe women and girls who come forward: The vast majority of women do not report their rapes to the police and many more only tell one or two people in confidence.  That is a result of our proclivity towards victim blaming. What were you wearing? How much did you drink? Why were you there in the first place?  When we hear about a rape case in the news or when we hear about one in our own lives, the first reaction should be to believe and support the accuser.

Because females never lie, right? And even if she was lying, it’s not a big deal, right?

Teenager Falsely Accused of Rape Beaten to Death by Gang:

Luke Harwood, 18, was punched and kicked to death by the gang, who planned to slice off his fingers and pull out his teeth so the body could not be identified.

The victim, who was 5ft 7ins tall and weight just seven stone, had the misfortune to move into a council house when Alice Hall, who made the false allegation, was there, the Old Bailey heard.

Mr Denison said two years before Alice Hall had made a complaint to the police about the victim.

“She initially claimed that he had raped her.

“But when what she was saying was examined more closely by the police it was clear that she was not in fact saying he had raped her and no further action was taken.”

In the politically correct world, the female is always right — always a pure being full of humanity — so naturally stories of men being harmed by false accusations are just misogynistic propaganda.

5. Teach males about bystander intervention: Both Men Stopping Violence and Men Can Stop Rape have bystander intervention workshops for men of all ages.  “It’s about community accountability,” says Pandit, “We require men to talk to other men in their lives and tell them about these programs.  It is important that we have community networks that hold men accountable.”

No emasculation article can be complete without a white-knighting clause. Because at the end of the day, women are weak, hapless creatures who need men to do their bidding or else they are left like infants, stamping their feet until they get their way.

Of course – attractive, young hot women will never be found having sex with a white-knight, but instead can be found at your local frat party getting blasted with all the men who do not respect her humanity yet she choose to hang out with.

By the way, this is a picture of the feminist propagandist: 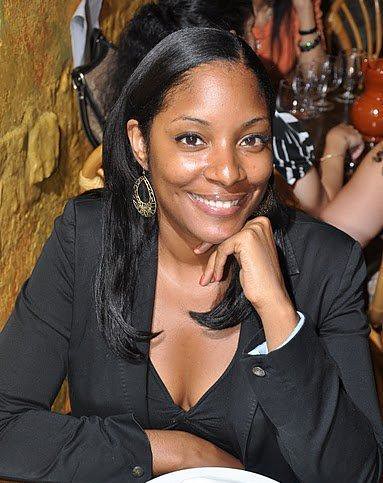