Will Germans Resort To Merciless Violence To Save Their Country?

The German political system, responsible for the suicidal demographics that led to the mass sexual assaults and rapes in Cologne on New Year’s Eve, is in desperate need of reform. But where will it come from? Stuck in a coalition with socialists, the so-called German conservatives led by Chancellor Angela Merkel have in one year allowed one million undocumented people, about whom they know nothing, into the land of Beethoven and von Goethe. Every current party in the German parliament is thoroughly committed to keeping them in Germany.

All the major parties refuse to listen to the German people. And the only point at which they will listen to voters is when a majority of “Germans,” including many of the one million allowed to enter Germany in 2015, retrospectively support what the political establishment has always wanted: the non-existence of German ethnicity. Rendered mentally ill by an imaginary guilt over the long-gone Nazi past, mainstream politicians are actively trying to destroy any non-leftist German sense of self.

Inasmuch as ROK does not support these kinds of actions, it seems that the only probable way for change to occur in the present climate will be through Germans taking extreme or perhaps violent measures against their political “representatives.” If the next wave of mass rapes are publicized (and the news of them not swept under the carpet), the anger of some Germans is liable to erupt after so many years of their concerns and plain fears being castigated and labeled “racist.”

German politicians are disregarding the popular will 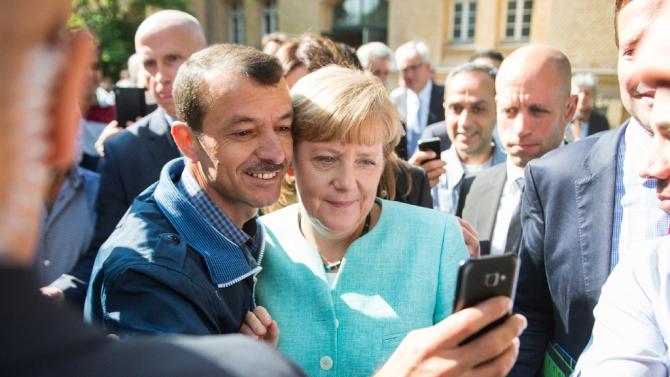 One can imagine Merkel is careful about which people she poses for selfies with nowadays.

The majority of the German people were against the opening of the gates, with borders only half-closed a matter of weeks ago. Irrespective of this massive consensus against the utter tearing of Germany’s social fabric, Merkel let the hordes in. Most of them were not even Syrian, the group of people meant to be the beneficiaries of the German government’s immigration stupidity.

There is no doubt that Angela Merkel has betrayed anything resembling a German conservative cause. Regardless, the broken electoral system of Germany is also to blame. In a sense, it is entirely predictable that most within the political classes, including conservatives, will put power ahead of principle, shacking with up opponents such as socialists to retain their incumbency or wrest the reins of control from others.

Germans, on account of an Austrian-born dictator and a regime absent for seven decades, are required to shut up and welcome millions of more unwanted people over the coming years. Any attempt to call out or resist this diktat will be met with the loss of a protester’s employment prospects, verbal harassment, physical suffering (without police to protect them), or even criminal prosecution under Germany’s draconian anti-free speech laws. 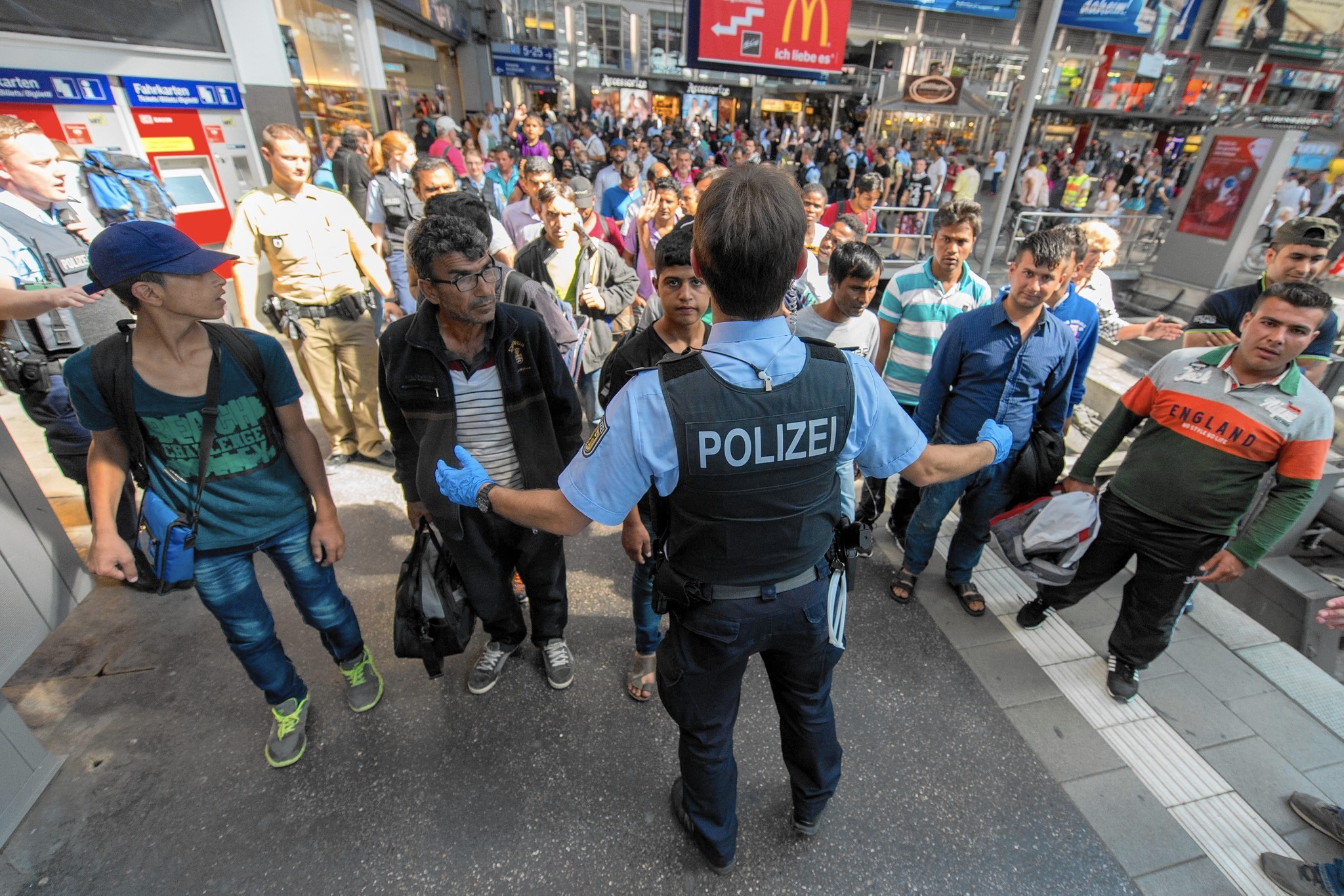 Work has never been more dangerous for German police officers.

To understand a significant reason for the pro-immigrant homogeneity of the major German political parties, one has to look at the federal political system. Remembering the Weimar years, modern-day Germany has erected a very large impediment to “small” parties entering the German parliament, or Bundestag. In a nutshell, it is designed, or so it is claimed, to stymie organizations like the Nazi Party, which maintained a minor presence in the old Reichstag for years before suddenly becoming the largest grouping in 1932.

If a party does not achieve 5% of what is called the second vote (German electoral law permits a direct candidate vote and an additional party list vote) or win three constituencies, it is not allowed to enter the Bundestag. In the most recent election in 2013, the center-right Free Democratic Party (FDP) just missed out on the 5% threshold, achieving 4.8%, and was therefore not entitled to any seats. This is despite registering an otherwise very sizeable two million votes.

In the absence of the FDP, which had previously been the junior government coalition partner, Angela Merkel’s CDU (called the CSU in Bavaria) achieved a nail-biting 49.4% of the available seats, or 311 out of 630. The three other parties were, in order of popularity, the Social Democrats, Die Linke (“The Left”, which wants a return to East German communism but with a very social justice flavor), and the Greens (another hard-left party).

If it had wanted to, the Social Democrats, which are to the left of the British Labour Party and the US Democrats, could have achieved a coalition with the Greens and Die Linke. In the end, Merkel and the CDU/CSU formed a grand coalition with the Social Democrats. As you can imagine, with no other right-wing or even centrist parties, the nominally conservative Merkel has no one else to turn to in order to govern, aside from the SDs, the largest and least radical of three toxic parties. Aside from (insensitive?) cultural appropriation by foreigners and tourists, German identity is dying.

Funnily enough, Angela Merkel, who is known for having a rapport with Japanese leaders, never demands that economically advanced East Asian states take, say, 15 million migrants and refugees to make up for seventy years of their openly racist border controls. Such a call would be fitting, considering that the Nazis and Imperial Japanese had competed for who could kill the most people during the 1930s and 1940s. If we are going to indulge common sense-destroying war and genocide guilt nearly a century on, when 99.99% of all the perpetrators are long dead, let’s do it consistently.

But no, Germany’s Chancellor wants to be unique. She deeply desires that, borrowing the title of a recent bestselling book by Thilo Sarrazin, Germany abolish itself in record time.

How will the German people respond, if at all?