The Kitchen Is A Window To A Woman’s Soul

Recently I was flying across the Americas, seated next to an American woman. She was 40 or so, blonde and thin – it was obvious she was attractive in her day, but Father Time and childlessness left her looking haggard and wearied. Between confessing to banging her way through the men of Cancun in bathroom stalls, and how her boyfriend dumped her because he refused to deal with her mother and is now dating a Colombian au-pair, she stated flatly, “I don’t cook. I’m too busy, I have a great career, I just have no time for it.”

Looking back, I’ve met plenty of these women. There was the insufferable Jewish princess who said, “I will not cook – I will have a great career in New York City and I will hire a nanny to cook meals for my children. There’s no need for me to learn how to cook.” Or you’ll be at a girl’s place, and after a vigorous bit of sex, you tramp off her to fridge for some food. Open the door, and you see… a jar of pickles, some Nutella, and a single, solitary Ball Park frank. You didn’t even know people actually ate that shit. Her refrigerator is a testament to her inability to love. What A Woman’s Refusal To Cook Means

Cooking is not hard – making a healthful, tasty meal has never been easier. Between modern kitchen appliances, supermarkets, farmers’ markets, car ownership and the wealth of information on the internet, making your own meals is fairly simple. The only thing that cooking requires is the desire for something better, and the will to make it happen. This is what I hear when a woman says she does not cook:

“Everything that can be bought, should be bought.”

Now that she has a career and is earning some dough, she figures, why not spend some of it to make life a little easier. I’m pretty guilty of this myself – I’ve never changed the oil in my car, and I don’t even know how to change my tires. My mechanical know-how consists of manhandling little kids into letting me build their Lego sets. But it gets to the point where there is practically nothing she won’t outsource – cleaning her room, cutting her nails, ironing her clothes, and not least, cooking. Besides showering and maybe washing her own sheets, her job is the only time she’s not actually just consuming the fruit of someone else’s labor, in exchange for her cash. If you’re hoping for random acts of generosity from her, keep dreaming. Which leads into…

“I am too lazy to take care of my basic needs.”

She sees it as a sign of empowerment that she has outsourced one of man’s most basic activities. It would be like taking a dump, and then announcing to the world that you can’t be trusted to wipe your own ass. Why she takes pride in this, I don’t know. But, do know that she won’t hesitate to draft you as just another peon to make her life work. Doing nice things for you with any regularity will be foreign to her. After all, she’s not used to giving up her time to do things for others, except within the confines of her job. She will do anything for her boss, but make a slight request of her as her man, she will blow up and call you a misogynistic asshole. You’re basically as bad as one of those mythical Iranians who stone women to death for getting raped. 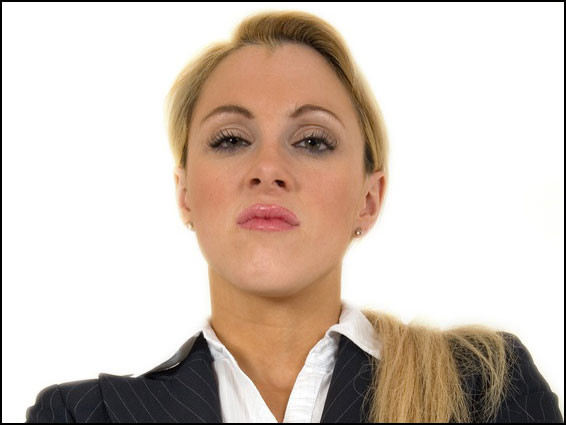 You will have an easier time getting this girl to lick your asshole than you will getting her to prepare you a simple omelette. If I was already preparing some food, and I had a girl over and she asked to have some, I’d have no problem throwing in another couple eggs or slices of bacon. Flip the script, ask her to make you something, and suddenly you’ve turned back the clock to those dark days when uh, women didn’t get free birth control from the government, and couldn’t fuck around on their husband and expect to keep the kids. She actually will equate cooking for you with being your slave. “I’m happy to make others provide for my every want.”

Instead of showing her gratitude to you by dazzling you with fresh food and clean laundry, she opts for a different setup for her dates with you.  The formula: you show up, and you shell out for some mass-made experience that she can check off a list and crow to her friends about. You are a pawn in her perpetual competition with her frenemies, and a six-foot dildo there for her pleasure if you score. After all, she has grown up believing that the whole point of having a job is to get enough money so she doesn’t have to deal with pesky things like raising children – that’s what the illiterate Mexican nanny is for. And because you’re a man, you should be footing the bill for this conspicuous consumption.

“I can’t be bothered to take my health seriously.”

Healthy, satisfying, affordable – pick two. The only way to have all three is to cook your own meals. When a woman eats most of her meals out, she’s compromising somewhere. Usually, she’s eating food that she’s been brainwashed into thinking is good for you, like Yoplait and oatmeal cookies, food that’s actually stuffed with sugar, refined carbohydrates and oils cooked up in a chemistry lab. She’s always straddling the line between starving herself and getting fat, because her diet leaves room for nothing else. In a time when restaurants serve such fattening meals, the argument for cooking at home has never been stronger. Yet she can’t be bothered.

“I’m too busy to make you a priority”

She will tell you she just doesn’t have the time to cook. Yet she is constantly talking about how she must ‘catch up on’ sixteen episodes of Game of Thrones, as if it were an essential homework assignment. She’s a total phony. If you want to see this woman more than once a week, she may start to think you’re weak and needy, even if all you want is sex. And because she’s already watching so much media, she’ll look to you to take her out of her drudgery to a fancy restaurant for when you do meet.

To be fair, many of  my criticisms of single women can be levied in equal measure against men. Currently, I’m not looking for intimate relationships with men, so their personal behavior doesn’t concern me as much. And for every point I made above, the woman who cooks merits the equal and opposite compliment.

With such obvious benefits to preparing your own meals, the fact that she doesn’t is disconcerting. Thankfully, there are women who do cook, and even for those that don’t, some are apt to change. I’ve known a few women who knew nothing about cooking when single, but became great cooks once married. Never bank on being able to change a girl of course, but keep an open mind; you may be surprised at how much you can influence a girl with the right guidance.

Read Next: The Downfall Of Every Diet