Of any mantra you’re bound to hear from girls, “What happened to all the honest guys?” or something like it will be the most common. In addition to their hypocritical and perennial whines about men they like not calling them back, the honest man gripe illustrates just how delusional many women are in the age of L’Oreal and Instagram filters upon Instagram filters.

On the flip side, honest male appraisals about women are regularly punished, even as women cake themselves in cosmetic products to pretend they’re the movie goddesses they’ll never be. Feminists, like Twitter nuisance @dorAMYfasol, whose before and after shots give the feature image for this article, are amongst the worst perpetrators, whilst at the same time they lambaste the body pressures on women.

And, like Amy and Adele, women do not have to be stunners either before or after their beauty routine for the effects of their physical dishonesty to be very large:

Blame men and forget what women do

As we know, focus is reality, so women are instead foot-rubbed into thinking that male honesty is what is lacking. Self-appointed or Huffington Post-anointed dating experts, both male and female, chastize men for any reluctance, real or imagined, to shoot straight from the hip. They claim that boyfriends and husbands have no reason to fear being honest and every advantage in being so.

Ken Solin, in an article entitled “Playing it Straight With Women”, outed himself as one of those very bombastic lecturers:

I’ve never met a woman who didn’t appreciate emotionally honest men. I’m not referring to men who whine pointlessly, but rather men who feel secure enough in their manhood to articulate their feelings confidently and skillfully without concern about the reaction.

I’m sure that pony trick worked for the man giving his constructive input about his fiancée’s wedding dress, after she gave her own thoughts on his planned attire. Or the twenty to thirty million American men each month who try and explain to their partner that they’re allowed to enjoy the same weekend or after work time with their friends as she enjoys with hers.

And these are just the banal examples. Like rape culture, mansplaining, and manspreading, the publicly uninterrupted ability of women to rant about such an apparent issue means that what might often be fantasy becomes a socially-reinforced mental reality.

Tellingly, women probably spend more time throughout their romantic lifespan concocting a physical illusion of themselves in front of a mirror than investing in the quality male-female connections that enhance two-way honesty in the first place. Go figure.

“Be honest, but don’t be honest”

Candidness is gleefully lapped up (and applied) by women when it suits them. You praised her Instagram pic? She loves it, even if there’s a good chance she will ignore your adulation (please learn from this guys!). She gets a flurry of likes or retweets? She loves it, too. And when tears won’t have negative consequences, she happily cries. That’s honesty that suits her.

However, honesty that crosses her line, which is about a mile into a five-day road trip, is much more expansive. You call out her foul behavior? Expect pouting and concealed venom for days, unless you’ve firmly and consistently established boundaries for her. This is especially so if you have weaker or newer attachments to a girl. And it’s a powerful reminder as to how negging or refusing to take shit from a girl at the outset positively colors your later dealings with her, or abruptly ends what would have been a thoroughly useless interaction anyway.

Then there’s that lovely and seemingly contagious “fat is beautiful” mental illness. Chunky or just plain obese girls are apparently the undiscovered supermodels human history has forgotten for millennia. Feminists and others can’t pull off this fraud by ideology alone, so L’Oreal, fashion illusions and digital photography come to the rescue.

Bovine-sized women or female mammals with the same mass as the ones Greenpeace tries to protect literally prop up their bodies with shape-shifting spandex (is titanium how the scientists do it?!) and try to obscure cellulite that would make the Grand Canyon jealous. But their boyfriends weren’t “honest” in some way and only that matters.

Beyond just the fatties, in female logic land, this:

…is actually hiding that:

There’s always a game behind it, conscious or not

Women blame men for “high expectations” on them to look a certain way but studies show women are instead focused on outdoing female rivals.

Feminists would have you believe that women randomly inserting one no makeup selfie for every one thousand artificial ones somehow and suddenly makes them sages of honesty. Obviously, by ignoring an extreme lack of daily female physical honesty, the time is then ripe to go after perceived male lapses in genuineness, such as questioning the loyalties of male feminists.

Again, focus is reality and clouding out their own personal inconsistencies is the name of the feminist game. This was the theme of one of my previous articles, where I explored the irony of attacking people who showed their wealth online while women gratuitously exhibit their photoshopped and Wonderbra-enhanced cleavage.

Because reality and truth are bent in nearly all public arenas, the rewards and lack of punishment for lying about one’s appearance are only enhanced. In all fields women can find excuses to make their own “truth,” discard real truth and selectively label what others say and do as either accurate or inaccurate.

We live in a social machine that is oiled so as not to impede the further accumulation of increasingly overt female vanity. Go through the Twitter and other profiles of @dorAMYfasol and her contemporaries and you will find this plastered across and embedded in almost every they say or don’t say.

Fishing for compliments, validation, and subservience 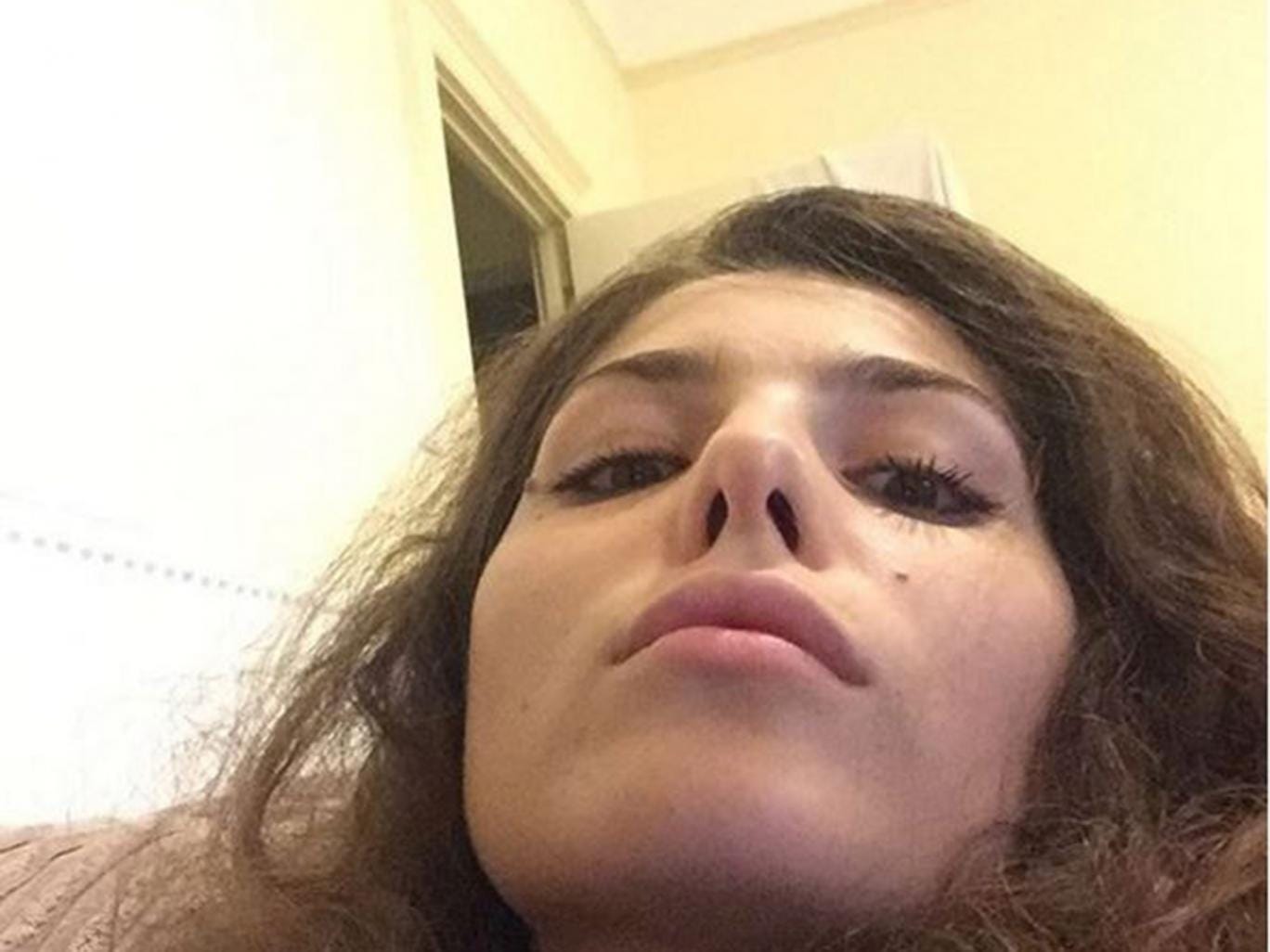 “Model” Stina Sanders was genuinely surprised when she lost thousands of Instagram followers for finally revealing what she really looked like.

Human beings are routinely selfish creatures. Women are not inoculated against this and constant social and political denials of female self-interest only makes female self-interest much more pernicious compared to when men try to look after only themselves. The most innocuous male behavior is described as misogynistic and selfish, whereas pandering to female narcissism (hello, Emma Sulkowicz!) is viewed as some sort of emancipation of womanhood.

Both bad and good news comes with this. The bad news is that the problem and self-delusion amongst many women is only getting worse, poisoning many female connections you could have otherwise pursued. Oh, and that regressing all of society thing. The good news, though, is that with the advent and now heyday of social media this hypocrisy is increasingly laid bare in agonizing detail. More and more men are becoming aware of it, ROK readers or not.

Sadly, there’s only so much popcorn we can eat.

Read More: Fat Girls Who Have Sex With Drunk Guys Are Rapists