John Boehner’s Resignation Shows That Cuckservatives Are In Full Retreat

With obligatory tears, John Boehner announced his impending resignation as Speaker of the House of Representatives. The mainstream Republican, constantly accused of inconsistent or plain weak attacks on President Obama, took a large swipe at his party’s rightwing representatives during his dramatic revelation. Calling them “false prophet” conservatives, he promised to prevent a government shutdown, which basically means a further massive increase in America’s astronomical, self-immolating public debt.

The demise of Boehner, which can hardly be called a choice due to the pressure he was under from congressional Republican traditionalists and Tea Party advocates, demonstrates how members of an angry Republican base are increasingly challenging the tepid, careerist moves of the GOP leadership.

Of all the major issues responsible for the Republican electoral triumphs from 2010, particularly opposition to illegal immigration and the spiraling deficit, Boehner has taken a cuckservative position on all of them multiple times. He has backtracked, negotiated on non-negotiables and spent more time fighting off his party allies than Democrats.

Barack Obama and others may lambaste Boehner but they know, like many liberals, that he is on many matters closer to them than many of his House and Senate colleagues. Supposedly balanced newsman Chris Matthews is already exhorting the retiring Speaker to push through comprehensive immigration reform before any proper Republican might take his place.

Matthews is not clutching at straws here. Given the animosity Boehner has for his more conservative detractors, coupled with his naturally centrist position, he could at the very least put his weight behind reform so that a bill is passed some time after he leaves Congress.

The saddest thing about John Boehner’s demise is the personal narrative he could have otherwise used to rally middle America behind him. I touched on this narrative in a previous article about the shamelessness of female “sugar babies.” While girls today get older men to fund their education or overall lifestyle, Boehner took seven years to complete his degree at Xavier University because he needed steady jobs to pay his tuition.

He comes from a mega-family of twelve children, many of whom have struggled to find work in adulthood. As a child he suffered the ignominy of having his fourteen-strong family live with just two bedrooms for everyone and a single bathroom for all the children. If anyone embodies the Republican emphasis on hard work and high aspirations, it’s John Boehner.

So what happened? John Boehner didn’t entirely kowtow to the left, but nor did he excoriate it. When the US government faced a shutdown in 2013, he skilfully cultivated the ability to both represent the Republicans and undermine them, even on the same day. He would cut into Obama over the parlous state of the nation’s finances and then quickly denigrate the proposals of Republicans to try and cut the debt as being too radical.

Whilst not a stooge for Obama, Boehner’s war on two fronts and his tendency to vacillate had the effect of giving the Commander-in-Chief exactly the sort of reprieves that he, not in control of the House (and now the Senate), should never have received. The political football of a half- and now full lame duck President has been thoroughly frittered away thanks to John Boehner. 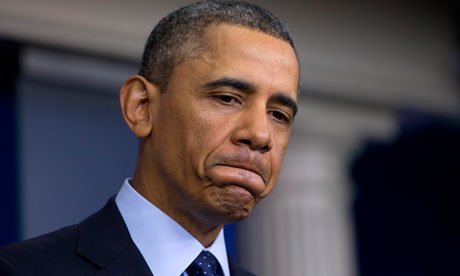 Politics is a ruthless business. No matter how centrist Boehner remained, he could always count on Obama and Co. deep-frying him for purportedly being an oppressor of the poor, women, illegals and minorities. His overtures to Obama, promising collaboration on immigration, taxes and debt, did nothing to raise the public’s opinion of Congress and zero to advance the Republican cause.

In the meantime, everything from his perpetual orange tan to his black son-in-law have been brought up to mock him ad nauseam. For the sake of a chance to not be called a misogynist, racist, or lover of wealthy fat cats, Boehner has spent more airtime courting Democrats than his legislative or electoral base. And the Democrats still hate him.

Bipartisanship, aside from the veneer of civility, clearly has no place in modern American politics. Boehner’s successor would do well to pay lip service to it but abandon it in substance. With their rigged and patently false one-in-five rape statistics and oppose-illegal-immigration-and-you’re-a-racist premises, leftists use the pretense of groups working together to suck in scared cuckservatives before they very publicly stab them in the back or chest.

When the smiles, handshakes and shared photo-ops don’t work for Democrats, the familiar ad hominems of misogynist, racist, or corporate stooge came back into play for all to see.

America needs a Republican Speaker, not a cuckservative one

Perfect? No. But Newt Gingrich did more conservative things with less of a conservative renaissance at his disposal than John Boehner.

Say what you want about this Republican Party answer to Poppin’ Fresh, but former Speaker Newt Gingrich ran a much more conservative House. This is highly ironic, too, as Boehner was for years one of Gingrich’s top lieutenants on the floor. Boehner also had the additional advantage of arriving at his chair during the Tea Party ascendancy, a wellspring Gingrich could never tap into. The talent and ideology of so many of Boehner’s Tea Party and other traditionalist colleagues have been suppressed, rather than encouraged.

It’s time for someone with the audacity to be a Republican to return to the Speaker’s chair. Obviously, not everything can be said in the context of winning elections. But the days of apologies, half-starts and half-measures need to be well and truly over for the GOP.

When he leaves his office for the final time, John Boehner may have packed all his things, yet he’ll still be leaving behind years of disappointments and what could have beens.