In 2013, Japan’s Ministry of Justice (MOJ) approved only six asylum seekers’ applications for refugee status out of 3,777 cases (0.1 percent approval rate), the lowest number in 16 years.

– German news outlet DW‘s report on Japan’s horrendously strict refugee policy. This month, on the other side of the world, Germany permitted 8,000 Syrians on trains to enter its territory for local resettlement.

The European illegal migrant crisis has “evolved” from epidemic proportions to plain farcical and surreal ones. With the Germans and Austrians opening their front doors to whomever wishes to come and the Prime Minister of Finland now offering his home for so-called refugee settlement in a calculated electoral stunt, Europe’s elites are continuing a very sad tradition of Europe (and, by extension, majority-European America, Canada, Australia and New Zealand) being forced to show a tolerance (and overt indulgence) that is never expected anywhere else in the world.

White-majority countries must accommodate millions of foreigners, whether as immigrants, illegal immigrants or genuine refugees, as other non-white countries can pursue objectively and highly ethnocentric immigration policies with absolute impunity. Keen to secure a future voting base that will strangle their conservative or traditionalist enemies and eliminate indigenous European cultures, socialists, other leftists, and SJWs see national or supranational borders such as those of the EU as bigoted and oppressive demarcations, instead of sensible boundaries that make able government and local prosperity (plus intra-European cultural diversity) possible.

Any problem found outside Europe is paradoxically perceived as both Europe’s problem and Europe’s responsibility to fix.

European banks crush the Greeks, but the EU is indulging every arriving non-European

Asylum seekers, many of them Afghans, responded to the cash-strapped Greeks’ hamstrung efforts to transport them further into Europe by rioting on the island of Lesbos last week. What message does it send to later migrants when this behavior is tolerated by the EU?

Ironically, one of the two major entry points for the tens of thousands of illegal migrants arriving every month into Europe, Greece, is the same economy where unemployment is higher now than it was for many Western countries during the Great Depression. The European Central Bank and other “institutions” will happily deny and put onerous condition after onerous condition on the Greeks, but the EU and many of its member states are demanding the resettlement of potentially millions of non-Europeans setting foot upon Europe’s shores and crossing its countries’ borders. Brussels shows more loyalty to illegal migrants than it does to Greeks, in many ways Europe’s oldest recognizable community.

Return of Kings‘ many critics will label this website, once again, as a supposed hotbed of inveterately “racist” activity. Yet they won’t proffer any explanation as to why SJWs are not devoting 0.0001% of the attention to combating actual, institutionalized ethnocentrism in a host of non-white countries where GDP is north of US$35,000.

If the situation was really about the betterment of people suffering outside Europe, SJWs and European elites would be vociferously castigating those countries that refuse to maintain even a semblance of a proper humanitarian program, particularly Japan, Korea, Taiwan and the oil-rich Gulf countries. They would also be holding individual regimes, such as Saudi Arabia and its exclusionary Sunni Arab policies, accountable for inflaming nearby conflicts on the basis of religious or ethnic sectarianism. That sectarianism is a significant reason why Syrians and others have departed for Europe in massive numbers.

Welcome to South Korea, where copious foreign blood was spilled to keep it racially pure in 2015

Despite white, African-American, Indian and other blood having coated the fields, mountains and forests of Korea between 1950 and 1953 to keep South Korea independent, the nominally “Western” government in Seoul defiantly keeps its population homogeneous. This is what a typical Korean classroom looks like:

Contrast that with a class from London’s suburban Risley Avenue Primary School, where all but four (or five?) in the photograph are Middle Eastern, mixed-race, or “pure” black: 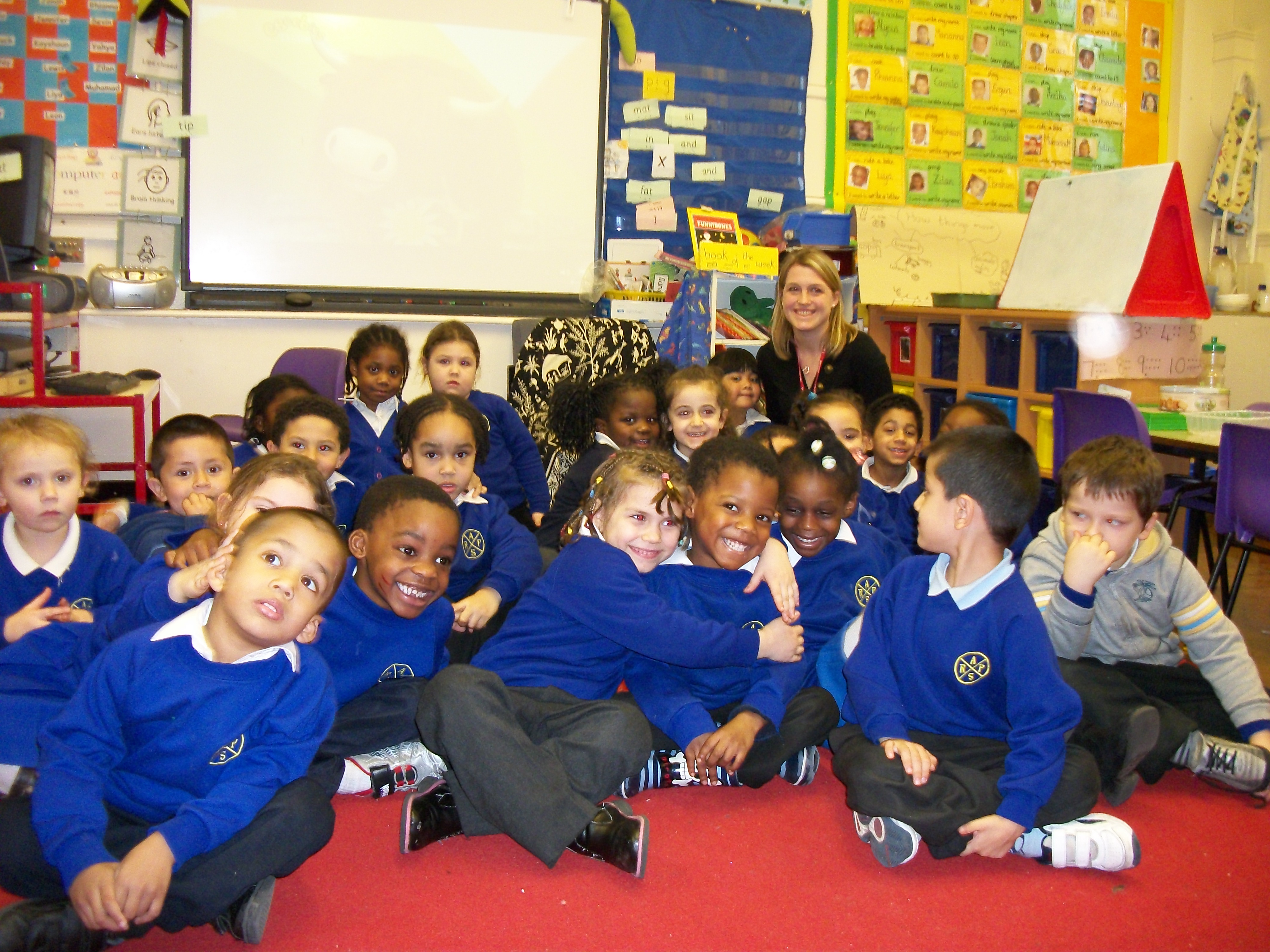 I raise Korea as a prominent example because, unlike Japan, it does not have a modern history dominated by the colonial conquest of neighboring lands. Rather, it was saved twice from the ignominy of foreign subjugation by non-Koreans, firstly by American might in the 1940s to end Japanese rule and secondly by a US-led coalition force during the Korean War to spare it from the grasp of a Soviet and Chinese-controlled Stalinist dictatorship in Pyongyang.

Successive governments in Seoul have shown “gratitude” for both the historical and ongoing non-Korean underwriting of South Korean security by refusing to countenance any possibility of a cosmopolitan society, including additions from Syria or comparable war-torn states. That generosity is left to the same sorts of nations that sacrificed their young men to keep South Korea an independent nation.

Japan’s highly racist programs pertaining to refugees and general immigration are similarly inexcusable but for different reasons. Even as its former wartime ally Germany is the most financially generous place for illegal migrants in the world, accepting more than a thousand times more asylum seekers on a single day than the government in Tokyo did in an entire year, Japan is free to keep itself as the one race nation many of its Prime Ministers have called for.

The EU illegal migrant disgrace is about internal politics, not a safer world

The US-style “you’re a racist” response when someone opposes unrestricted mass immigration is quickly being taken up by European elites.

The modus operandi of SJWs and others is that “white privilege” means Europeans cannot celebrate their cultures like other races and ethnicities. They will turn a blind eye to very wealthy non-European nations like Korea applying the most exclusionary measures possible to avoid cosmopolitanism but expect Hungary or Greece to foot the bill of unrestricted illegal migrant movement. This has everything to do with diluting local European cultures to the point of irrelevance, so that SJW “cultural” uniformity can be painted over what remains.

There is, fundamentally, one rule for Europeans, who have contributed more to the affluence and stability of the world than any other continent in human history, and a bunch of other “rules” for everyone else. The European-founded United States will accept Iranian-Armenian families like Roosh’s as legal immigrants, but would you expect Japan, Korea, Taiwan or the Gulf Arab oil states to do the same, let alone welcome illegal migrants or refugees? No, of course not.

As illegal migrants throng at the entry points of Europe and stampede across its recession-ridden heartland, the white man’s burden of Rudyard Kipling is very much alive and well in 2015.

Read More: 10 Best And Worst Countries For An American Man To Find A Wife