In 2012, Doriana Silva tried to sue Avid Life Media, the parent company of recently hacked Ashley Madison, for $20 million. She claimed, spectacularly, that she had developed a repetitive strain injury (RSI) from trying to make 1,000 fake female profiles in mere weeks for the infamous adultery website.

Silva, a Brazilian, may have filed a claim more frivolous than “asked for sex by my boss” Hanna Bouveng. Although Bouveng disgustingly won her lawsuit, at least this Ashley Madison legal action did not hand a woman the exact obscene “reward” she wanted for being a self-entitled princess.

Sadly, we cannot be sure that Silva walked away empty-handed. With the state of Western legal systems so parlous nowadays, women know they can concoct the most ridiculous claims or wholly exaggerate them and be thoroughly set for life. Companies, eager to avoid negative publicity and exorbitant legal fees, including those they often have to subsidize for the opportunistic plaintiffs, tend to make private agreements that garner the female involved nonetheless very impressive “consolation” sums.

What this tells us about Ashley Madison and other dating sites 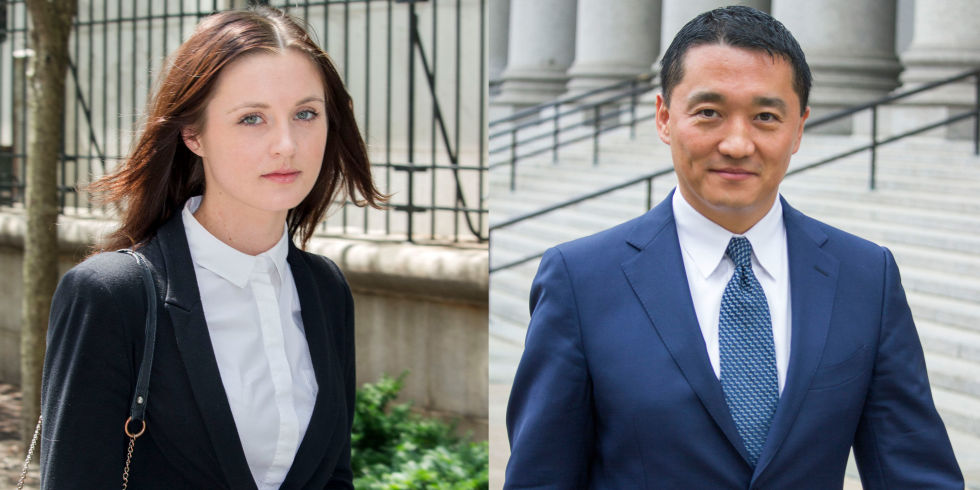 Like Hanna Bouveng taking Benjamin Wey to the proverbial cleaners, Doriana Silva thought she had the right to name any price she wanted. In a blow to society, Bouveng largely got her sought after treasure.

Dating sites are sausage fests, by and large. That should not be a surprise to anyone. That said, they can net you some quality action from time to time (plus the messages you exchange before can act as a sort of de facto notarized document to undermine false rape claims). So, too, can they provide more discreet channels for satisfying your libido.

The downsides of online dating are arguably more potent. As the article I cited above shows, FBI security experts are indicating that the number of profiles outstrips the number of individuals thought to be creating them. The return on investment can already be lacklustre with online dating. Discretion may be a plus, but logistical issues of gaining a woman’s trust and arranging conducive times to meet can be a drag. This is only exacerbated when you’re trawling through a menagerie of fake profiles, a good proportion of which can be hard to identify as manufactured ones.

Remember, countless business owners, usually fellow men, are quite happy to take your hard-earned currency to finance their next vacation or boat for themselves and their wives. Your private details on these sites, especially your name, are now clearly within the reach of those determined enough to find and publicize them.

You don’t need Gloria Allred to try and get your courtroom-generated fortune as a female ex-employee.

Silva was undone, like countless others, by her boastful social media presence. Photos showing her enjoying herself on holiday, including straddling a jet ski, unearthed how amazingly fraudulent her RSI allegations were. The narcissism and “me, me, me, me” factor of women like this warps their sense of proportion and reality, which makes it easier to spot their lies. But what happens when the woman in question is either more calculated or simply isn’t caught out by investigators handsomely paid for by a civil corporate defendant?

This is a dilemma shared by multiple legal contexts, such as false rape accusations, where convictions do not need anything close to classic “beyond reasonable doubt,” just “he said, she said.” And on the civil side of the law, so long as women can keep their testimony internally coherent and show their medical or emotional “symptoms” somewhat consistently, their cases have a good probability of, at a minimum, an overly generous financial settlement. They can aim for the stratosphere to begin with, demanding millions or tens of millions, and then begrudgingly accept amounts that still equate to years of guaranteed “income.”

Ironically, these manipulative individuals completely appropriate the facade of the infantilized, vulnerable female. Switching between the extremes, assertive, money-hungry plaintiff versus victimized lamb, is not so much a special art anymore because so many women have utilized it.

Hanna Bouveng and Doriana Silva are merely contemporary examples of it. Much of the time, civil defendants have behaved incorrectly (in Silva’s case, however, there is no convincing evidence that Avid Life Media wronged her, only its customers). Yet even unfair behavior towards a plaintiff does not legitimize preposterous outcomes like multimillion-dollar payouts, which can dwarf the financial verdicts provided to people paralyzed because of unmitigated malice or tragic negligence.

The less covered story is still worth pursuing

Enough media commentators and “experts” will be pillorying Ashley Madison and its executives for months to come. Users were clearly deceived about what was going on with both the website and their personal information. Nevertheless, this does not excuse the depravity of a Doriana Silva. Women of her caliber are a growing trend in society, steadily taught by feminism, despite not often “being” feminists themselves, that a perceived slight should be met with total vengeance and force a lifetime’s worth of “apologies,” typically made out of dollar signs.

The next time you hear about an astronomical lawsuit by a young woman complaining about “sexual harassment” or a “medical condition,” check to see if she’s walking. If so, it’s a very good wager that the claims are probably fabricated or grossly exaggerated.

Read More: Female Intern Awarded $18 Million Because Her Boss Asked For Sex And Wrote Mean Things On The Internet