Canadian professional SJW and all-round miscreant Aurelie Nix has falsely claimed that Roosh threatened to rape her. Despite publicly available information that proves she is lying to gain attention and calculatedly defame Roosh, she made the extraordinary claim to an ignorant Montreal radio “journalist,” Emily Campbell.

Roosh V found some of her photos, and went after her online.

“He posted it and incited people to wonder if they would sexually assault me, saying that he would.” she says. “I received a lot of death and rape threats on Facebook, online, on his forum, my pictures have been posted everywhere.”

Nix has pressed charges against him with the Montreal police.

Nude photo was publicly accessible on Model Mayhem, even to children

In addition to raising questions about Nix’s greatly unbalanced state of mind, her mendacious, plain made-up accusation should strike fear into the heart of every man who takes the extreme risk of sleeping with her. If she says this about Roosh when the online facts categorically disprove her lie, what could she do when a man has no record of what actually goes on in a bedroom with her?

My esteemed colleague Quintus Curtius already introduced you to Aurelie Nix this week. Her flagrant disdain for free speech and virulent organizing against it is becoming even more notorious. And she has taken her hateful ideology to another extreme by pressing charges against Roosh with Montreal police, as Emily Campbell’s article confirms. You can therefore add thoroughly vexatious complainant to her curriculum vitae. 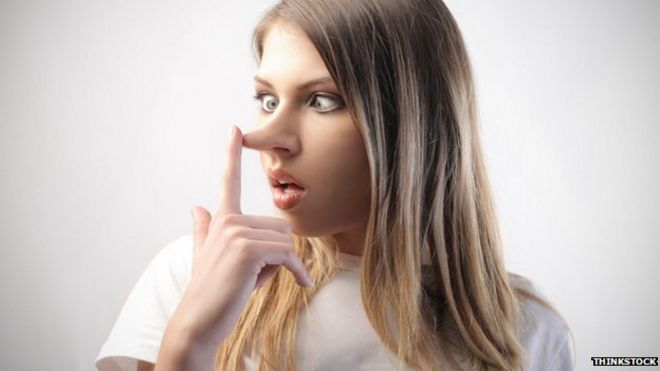 Aurelie Nix’s nose is a lot longer than this.

2-4% of rape accusations ever turn out to be false…how is that the “fastest growing hobbies”? Especially since less than 10% of rapists ever see the inside of a jail?

– Aurelie Nix’s Facebook comment earlier this year, before her false accusation that Roosh threatened to rape her

Roosh’s actual comments about her were:

Instead of engaging in some basic, two-minute fact-checking, which would not have required a response from Roosh, Emily Campbell simply took Nix’s unabashed, defamatory lie as gospel. This is poor, distinctly unprofessional journalism on her part and she should either completely retract the story featuring the false accusation against Roosh or provide the context that blows Nix’s complete lie out of the water. Irrespective of which of these choices she makes, she owes Roosh an unreserved apology.

Emily Campbell, reporter for radio station CJAD 800 in Montreal, owes Roosh an apology and must either retract or provide context for the defamatory remarks she featured from liar Aurelie Nix.

Whether this happens is another thing. I imagine that the political establishment (let alone SJWs) in Quebec, of which parts are already clamoring to try and shut down Roosh’s Canadian lectures, would call for any charges to be dropped, if they were even laid. Nonetheless, in a teeming metropolis of millions with hundreds, if not thousands of serious crimes to solve, Aurelie Nix believes she can waste precious police resources that should be allocated to people in often dire physical need. She is nothing but a vindictive liar and charlatan.

From her tattoos to her naked photos to her posing drenched in fake blood (also naked) to her now false allegation of a rape threat, Aurelie Nix is a girl desperately craving attention and very much over-the-top online and other validation. If her fellow SJWs had any nous, they would strategically cut ties with her, citing her as one of the “minority” of women (in their view, not ours) who make decidedly false rape or rape threat accusations. Unfortunately for them, their hate is so all-encompassing and misguided that they will probably do anything to protect poor, precious Aurelie.

Roosh is winning (and will win) the Battle of Montreal 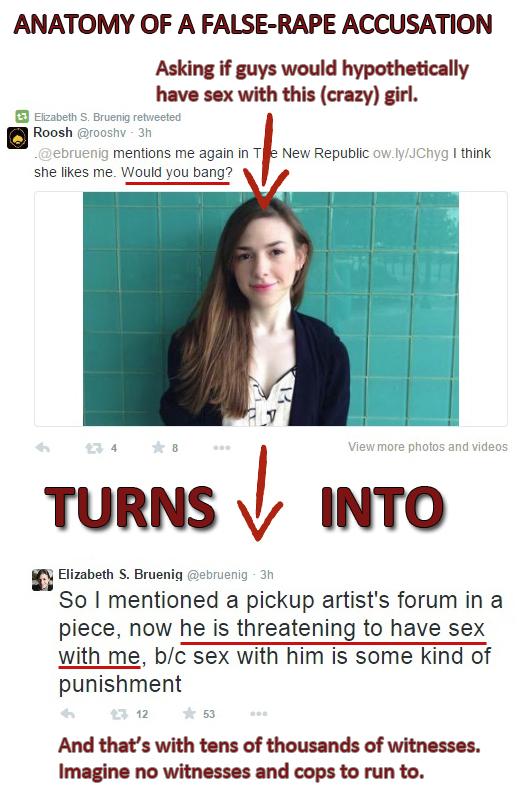 With Aurelie Nix, one of the ringleaders of the angry mob trying to silence Roosh, outed as a false accuser through her own stupidity, the credibility of the SJW lynch mob has been broken into still more pieces. Fully cognizant that their narrative is as fake and contrived as Nix’s allegation against Roosh, they want the proprietor of Return of Kings silenced so that their facade does not crumble. Instead, he has published a plan called Operation Medusa to fight back.

I asked Roosh what he thought of Campbell’s reporting. He said, “It’s clear that Campbell has conspired with Nix to defame me for making a threat that did not take place. I am currently talking to a lawyer in Quebec to see if I have a winnable civil suit against Nix, Campbell, and CJAD’s owner, Bell Media, a huge Canadian corporation that I’m sure has deep pockets.”

These are exciting times for the manosphere and, particularly, neomasculinity. As Arthur Schopenhauer famously recounted:

All truth passes through three stages.

First, it is ridiculed.

Second, it is violently opposed.

Third, it is accepted as being self-evident.

Aurelie Nix and her not so merry band of affronted, free speech-hating witch hunters are currently in the self-immolating throes of their violent opposition to Roosh’s truth.