What’s The Difference Between Posting Your Cleavage And Showing Your Bank Balance On Instagram?

Kourtney Kardashian’s soon-to-be ex-husband, entrepreneur Scott Disick, became the target of online anger in 2013 for posting a series of money-themed photos on Instagram. The most “notorious” one involved a toilet roll holder furnished with money instead of paper.

At the time, no one seemed to note the irony of the attacks on Disick, a multimillionaire in his own right. Thrown to the wolves for his so-called narcissism, people forgot the litany of other ways in which people behave in a narcissistic manner on Instagram and other platforms, especially in advertising their usually digitally- and cosmetically-enhanced bodies.

My question to you is this: why is a one-off set of displays of wealth by Scott Disick so bad in the eyes of the public, but the constant attention-whoring of a Kim Kardashian is seen as good? Obviously, enough people despise Kim Kardashian and those like her. Yet significant swathes of people tolerate her antics but would lash out at any behavior like Disick’s. Why?

Disick’s display of his success is much more real and uncontrived than many of the girls on Instagram who falsely present their pictures as authentic representations of themselves.

The reason why the second kind of attention-seeking is more socially approved is because it suits the vanity of many women to flaunt their sexuality and receive the validation of likes, comments and all-round attention. Rather than being created by L’Oreal and the use of flattering filtering and camera angles, Disick’s success is much more commendable and should be, if anything, celebrated.

The irony of attacking Scott Disick 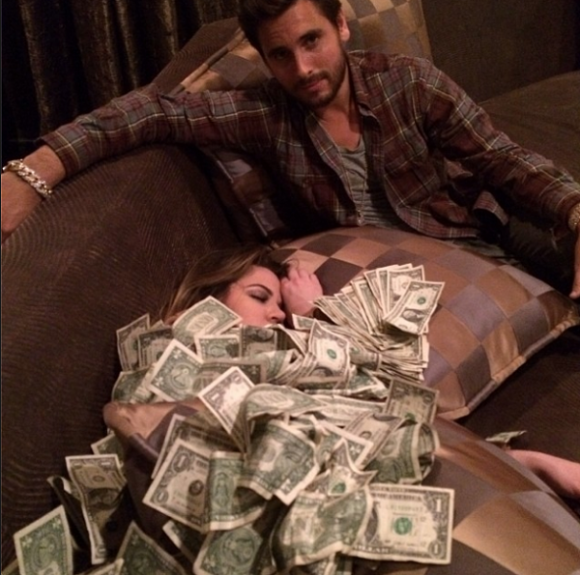 This is no less distasteful than many duck face cleavage photos on Instagram. So why are people like Scott Disick attacked so furiously?

For a family whose females, at least the less weird-looking ones, perpetually parade their done-up faces and bodies to earn an income, those critiques of the member-by-marriage Disick were laughable. Instead of whoring himself out to social media, Disick had to resort to other work to generate his fortune. It may not be rocket science or serious literature, but it’s something far less stale and repetitive than his dysfunctional and psychologically-lacking in-laws.

On the other hand, Kim Kardashian and Kendall and Kylie Jenner regularly feature in your Facebook trending news without rebuke to get some desperately craved screen time. Disick has the “gumption” to appear in just one major viral piece and is completely castigated. As you can see, social acceptability is a phenomenon that keeps on getting more and more selective. People will naturally ignore attacking the vehicles for self-promotion, like cleavage and related shots, that they like or depend on themselves for propping up self-esteem.

Money is more real than “looks” 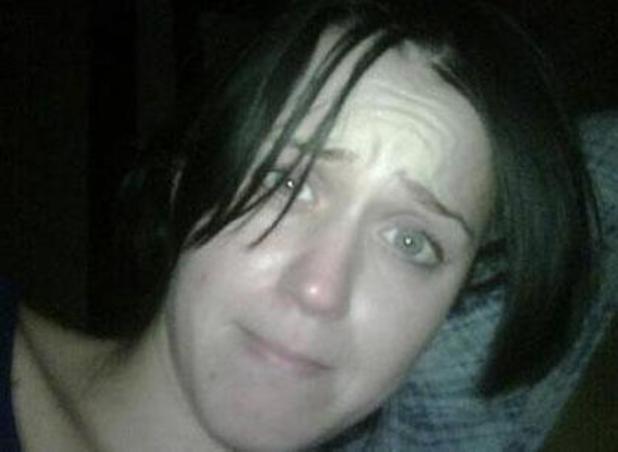 Sure, you can rent a Lamborghini, max out your credit cards and take out a second or third mortgage on your home to project the image of financial prosperity. Nevertheless, money is much more tangible and real than an online or even real-life physical appearance.

There usually needs to be a significant factual foundation for wealth in order for it to be displayed. Bill Gates’ wealth, for example, is a lot more visceral than the the questionable real attractiveness of a celebrity, who masks their natural appearance with cosmetics and other tricks. The wealth of many female celebrities, such as Katy Perry, has more substance than the “looks” they used to build it in the first place.

The stigma of showing your wealth still persists, however. In order to get away with it, particularly with high-end purchases, people mostly need to feature themselves in photographs. If you’re at a palatial hotel in New York, you make sure you’re smiling and embracing a friend to minimize the “brag factor.” If you’re snapping your $159 sturgeon main course at a 17-star restaurant called Saint Michel-Pierre-Jean-Marie, you wax lyrical about the beauty of shared times with loved ones or insert a mysterious Ralph Waldo Emerson quote.

In the meantime, online peddlers of their posteriors and I-can-see-your-nipples-protruding photography don’t need to maintain the illusion. They just click the camera phone and upload their handiwork.

The reason why I’m forced to use Scott Disick as an example is because the posting of money and information about your wealth on social media is so uniformly taboo. Those who engage in it regularly tend to be rappers or those like them, groups of individuals where the “professional culture” emphasizes such displays of bling and material affluence.

Please explain the vanity differential between this and the Scott Disick photos. You may “appreciate” the girl more but the compulsive desire for attention and validation is still there.

Regrettably, popular assumptions are most often never challenged. Oftentimes they need to be examined very critically. Especially where we either reward or punish people in the public spotlight, which now increasingly draws in “normal” people via social media, the motives and outcomes of different kinds of attention-seeking require relentless comparison.

Begin to cast a much more keen eye over how people present themselves and how others react to it. You may even be at the mercy of certain cultural paradigms yourself. For now, just recognize that Scott Disick’s actions weren’t nearly as bad as what was reported.

Read More: Understanding The Difference Between Guilt And Shame