The 2001 winner of the Nobel Prize for Medicine, Sir Tim Hunt, is onto something, regardless of him being forced to apologize for it later. Although I believe him when he said his comments at a conference in South Korea were a joke, he was clearly telling it because it reflected an amalgamation of certain real-life experiences he’d had.

The backlash against Sir Tim has been vitriolic to say the least and, like in many similar circumstances, the fury stems in large part from an unconscious realization by his critics that he’s right. Not only is he right, substantial numbers of women agree with him: women are generally worse at regulating their emotions in the workplace.

If a scientist, male or female, had declared at a conference that the majority of men in the workplace bullied women, imposed themselves on them unfairly, or were involved in some kind of mass rape culture, without any evidence, the response would have been one of head-nodding or huge mirth at the “truth” being reiterated.

But when frank, non-politically correct gentlemen like Sir Tim say what they have experienced, whether in the form of a joke or not, batten down the hatches and prepare for the nuclear holocaust, folks. Because that’s what’s coming your way when you have the audacity to speak your mind on taboo topics, especially as a world-renowned expert in your field, let alone a Nobel Prize winner.

Women themselves say women are more emotional in the workplace

Studies HAVE determined women are more emotional and cry more often in the workplace. Even surveyed women agree.

Take this study as an example, although, of course, one of those working for the company making the survey, Kathryn Fagg, tried to refute their own results:

It found 41 per cent of women thought men were better at managing their emotions, while 14 per cent thought women were better. Forty-five per cent remained neutral.

I don’t know about you, but this certainly replicates my own experiences in the workplace, from the time I first secured part-time employment when a 14-year-old junior high school student. In the retail environment, well before I entered university, girls my age or thereabouts were routinely afforded the cushier jobs, from permanent cashier to change-room attendant.

They would gag if they had to clean up when produce went stale or leaks of stored soft drinks remained unnoticed until the smell became unbearable for customers and staff alike. The idea of a girl or woman taking the garbage out, like the boys and men were expected to, never ever materialized as well.

During stocktake, assuming a girl of the same size had half the upper-body strength, female employees were “lucky” to carry 15% of the combined weight across the day as a male of any age and comparable weight. When managers yelled at girls, half of the time they would cry and our superiors would let them off without punishment.

If a girl established a particularly significant reputation as a teary-eyed soul, subsequent expectations of them would slip 20,000 leagues beneath the word “mediocre.” Boys, on the other hand, had to endure the whole diatribe and then some, all whilst having their demanded work performance stay unchanged or rise higher.

Fact: Women generally find it harder to suppress their emotions

It’s unsurprising that women crying is linked with a drop in male testosterone. An uncontrollable crying response is for a purpose after all: getting what one wants.

This goes further than the workplace, though. Scientists revealed this year that women are more affected by emotional imagery. I am by no means extending this line of argument too far in asserting that these kinds of gender asymmetries flow into women’s careers as well. There’s a biological reason why women cry more in the workplace.

Feminists have no trouble in demanding that we put more women on corporate boards and in government because they’re more “sympathetic” and “caring.” Yet they refuse to acknowledge the other end of the stick they’re picking up. Only the allegedly positive aspects of femininity or womanhood are ever emphasized, never the drawbacks that those like Sir Tim Hunt are alluding to.

We should forgive Sir Tim for his apology. I have some inkling of the tsunami of rage he faced, but have no method myself of imagining what it felt like in its entirety for him. Instead, we should be thanking him as one of the brave few. More often than not, the most successful men (and women) in society are forced to keep their mouths shut and politick their way to the top, leaving them understandably reticent to express heartfelt opinions that would jeopardize extremely fulfilling and profitable careers.

It’s a comparable dilemma to the politician who cannot criticize the voting masses for the stupidity which frequently engulfs their electoral choices every half-decade. 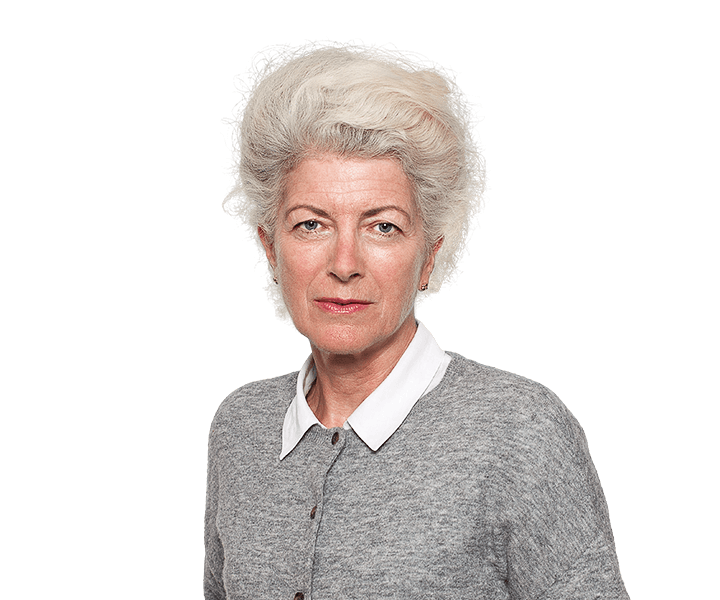 I prefer the hot leftist Ann Perkins on Parks and Recreations to this crazy leftist Anne Perkins.

Anne Perkins, writing for (yep, you guessed it!) The Guardian, attacked Sir Tim for making his comments without supporting, scientific evidence. But look what happens when anything close to scientific challenges the raison d’être of feminists. Despite it being long established and recently reaffirmed that women are more likely and even programmed to cheat during ovulation and have less self-control during their period, feminists rage-spiralled when unpublished research suggested that the menstrual cycle can affect female political choices.

CNN was forced to pull the whole article. It seems it’s possible for the menstrual cycle to help you cheat on your new husband or partner of twenty years, but impossible for it to affect your voting choice, which influences the overall election as much as the weight of a strand of hair determines if you’re slim or obese.

The irony increases further still when we relate the bombastic anger of Perkins and her cronies with the gross oversimplifications made about men, without evidence, every day. “All men participate in rape culture” (When was the last rape you saw that you didn’t stop, if you’ve ever seen one?), “Because you have male privilege” (said the female college classmate with the $200,000 trust fund and $20,000-a-year private high school education) and “I believe women” (so the IRS needs a criminal court with beyond reasonable doubt to nab a tax cheat, but college men accused of rape can be convicted by a university with a woefully lower standard of proof?) are all variations on the same theme.

When Sir Tim passes on, hopefully after some decades, I won’t just be remembering his Nobel Prize for Medicine. I’ll be saluting his gargantuan balls for challenging, albeit fleetingly, the politically correct status quo.