In a bizarre diatribe, Jessica Valenti, The Guardian‘s favorite click-bait columnist, claims that vaguely described “misogyny” is behind young women killing themselves. Stretching the truth and the statistics behind it to the fifth dimension, Valenti ignores the fact that male suicide is higher than female suicide in every country in the world, baring China and a few others.

In the United States, the hegemonic superpower and “patriarchy capital,” men kill themselves 3-10 times more than women [1] [2]. None of this features in Valenti’s poor excuse for an article. Money must be tight in her household at the moment.

Valenti utilizes a deliberately misleading juxtaposition of statistics to make her “point” that women are purportedly under sustained male attack, such as this gem:

Because men in the US are thrice as likely to be murdered as women, and more likely to die in automobile accidents or on the job, the percentage of women who die via suicide as represented against all other “unnatural” female deaths is, of course, going to be higher. But these are irrelevant tidbits to Valenti, which distract from her major premise: women, women, women. It is manifest that Valenti has never taken higher mathematics, let alone basic statistics, at either a high school or college level, or at least she flunked it.

The use of “violent” is employed by Valenti to underscore something else: the “patriarchy” that she wants to attack is committed to violence against women, including suicide. So when a woman kills herself, Valenti is adamant that this is somehow male violence in action against women.

In poorer countries, where most people live in abject poverty, men still kill themselves in higher rates than women. The gender gap is narrower than in the West but Valenti is reticent to admit that maybe, just maybe, never having food on the table, or the otherwise bleak material prospects for life, might be a reason for a woman (or man) to tragically kill themselves in the Third World. But no, it just has to be sexism for Valenti.

How appropriate considering the topic

The top ten countries in terms of suicide rates, including both genders, are Lithuania, South Korea, Belarus, Kazakhstan, Russia, Japan, Hungary, Latvia, Ukraine and Finland [1] [2]. In every single one of those, the male suicide rate is markedly higher. Amongst this list, Lithuania, the tragic “gold medalist,” also has the highest male-to-female suicide ratio: 13:2. Japan, placed sixth overall, has the lowest gender ratio, which still means men kill themselves at nearly twice the rate of women.

If women are so institutionally oppressed, why do men kill themselves more in every country aside from China and perhaps a handful of others? Even in China, the gender ratio is balanced enough that sizeable numbers of men are still killing themselves relative to women. With 40% more women killing themselves in the world’s most populous nation, this ratio is still much smaller than male-dominated ratios in the vast majority of the world’s nations.

And having around 40% of suicides coming from Chinese men remains a very high watermark, given the so-called patriarchy existing there. Life mustn’t be so great for many Chinese males if they chose to end their lives in close to equal numbers as women.

Why do more men in the “Patriarchy” kill themselves?

Because, in a nutshell, the patriarchy as described by Valenti and her contemporaries simply does not exist. It is a fairytale construct, under which homeless men (men experience homelessness more than women), male suicide victims, male victims of violence and other down-and-out cases band together with the 1% of Wall Street CEOs, politicians, and other elites, and all men in between these classes, to systematically oppress women. It seems that the proverbial garbage collector, raised in a food stamp-using trailer park in the Everglades, has infinitely more privilege than Jessica Valenti.

What’s more is that Valenti is just playing a feminist version of a frame game. If you assume these “superstructures” of patriarchal oppression permeate every aspect of society and that they resist and attempt to sabotage your every move, you can claim misogyny about female suicide, even if men end their own lives, on average, many times more often.

Any unhelpful (read: full-picture) statistics you come across, such as those proving higher rates of male suicide in a system feminists falsely believe is designed to elevate male interests above all others, can be swatted away with a combination of confirmation bias and political dyslexia. 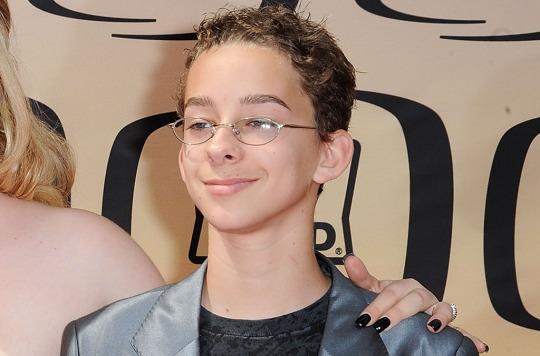 Just as the one-in-five college “rape” statistic has been blown out of the water, and been avoided since by Barack Obama and Senator Kirsten Gillibrand, among others, this female suicide rant by Valenti comes across as what it is: pseudo-sociological posturing. Guardian readers, not known for their red pill or close to common sense outlook, nonetheless pilloried Valenti’s laughable attempts to pass off suicide as a patriarchal conspiracy theory.

The internet allows the Jessica Valentis of the world to both stir up hate and drivel en masse, but additionally enables them to be held accountable. The more words she writes online, the harder and faster her ideology comes undone. We should – and must – welcome the free rein afforded to her writing. As unpleasant as this article was, and the total disrespect and pathological lack of empathy it showed to men who have lost all hope, it provides yet another reference to use against her and those of her persuasion.