Sarah McKenzie-Ayres is yet another Western woman to receive the gender passes of all gender passes after maliciously attacking a young man (and permanently disfiguring him) during a night out on the town. She claimed he did not “move away” from her at Venus, a popular Manchester nightclub. So what did she do? She grabbed a bottle of champagne and violently hit him with it twice, “like a club.”

The force was so powerful that it cut the young man to his skull. Whilst describing McKenzie-Ayres’ attack as “extraordinarily extreme,” Judge David Stockdale QC just couldn’t bring himself to jail the poor, poor girl and instead gave her a 16 month suspended sentence, plus 150 hours of community service. Hooray for girl power and oppressed women everywhere!

The victim’s dream of becoming a model has been ruined and his father spoke to the media about the immeasurable impact it has had on his son’s self-esteem, happiness, and overall life.

On the flip side, the guilty McKenzie-Ayres, who was pictured smiling outside court after her lawyer claimed she was “remorseful,” is an aspiring lawyer at university. But one can be sure that the good ol’ patriarchy will come to the rescue and try and at least enable McKenzie-Ayres to get a legal job in the future, where she can pontificate to England and the world about male privilege.

The saddest thing about the McKenzie-Ayres case, other than the victim’s suffering and the pussy pass given to the offender, is that, to my knowledge, this is the third high-profile situation where a woman has been convicted for unjustifiably attacking a young man with some form of glass object and escaped justice more than mildly. I will be exploring these other two cases in articles to come.

“Guess who beat the patriarchy?”

Jailed a man for rape for seven years. I am not against and actually for long sentences for rape based on proper evidence (not just “she said, he said”) and a valid, solid determination of what actually constitutes the crime. But for Stockdale to jail this man and spare McKenzie-Ayres shows a gut-level determination that a man disfigured for life is not worth the sympathy and punishment to the offender given to a woman who is raped, especially when the offender in the first case is a woman.

Jailed a teenager for three years for having a shotgun in his possession, without committing any robbery or violent shooting offence. The boy had ADHD, the sort of condition that would have awarded Sarah McKenzie-Ayres not only a reprieve from jail but a cash payment for being a victim of the patriarchy. The boy clearly should have been reprimanded by the law but the crime he committed is literally non-violent and at least 50 times less sadistic than what McKenzie-Ayres did for her own wicked gratification.

McKenzie-Ayres resorted to saying that she felt cornered by what she alleged were romantic advances by the victim. As you can see, her response, even if we take her at her word, was clearly not proportional. But is it really surprising? Women can make an excuse, backward rationalize it, and then get a reduced or non-existent sentence on account of “patriarchy,” so why should we expect them to behave in a moderate manner? 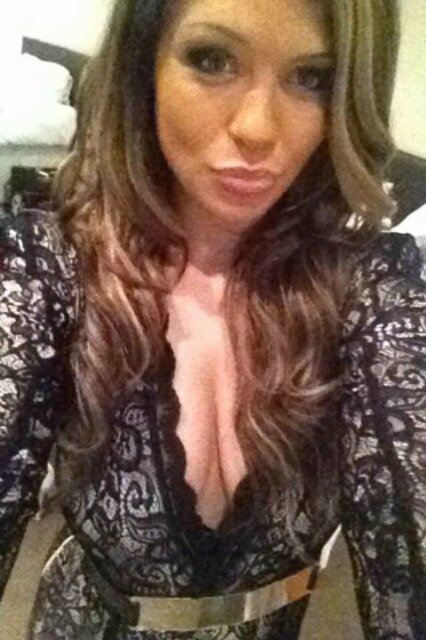 Aside from the pancake titties, when you compare this photo to the court appearance shot, this is the one best examples of “you looked different on the internet/with make-up on” you will ever see.

Her probable, near certain Twitter account @Miss_McKenziex has been deleted, sometime between the first months of this year and early May. Various caches, such as this one, show activity on the account until a little while before the sentencing.

There’s no such thing as sexism against men. That’s because sexism is prejudice + power. Men are the dominant gender with power in society.

The study found that men receive sentences that are 63 percent higher, on average, than their female counterparts.

Starr also found that females arrested for a crime are also significantly more likely to avoid charges and convictions entirely, and twice as likely to avoid incarceration if convicted.

– The Huffington Post, reporting on academic Sonja Starr’s study into US federal criminal sentencing and the gender of offenders.

Sarah McKenzie-Ayres lives in a world where SJWs and others declaim that men cannot possibly be oppressed or hard down by because of their gender. In a specifically legal context, this is despite the study by a female American academic, Sonja Starr, identifying that men, even when you remove mitigating factors, receive sentences 60% longer than women in the United States. The range of cases we see also spat out from the United Kingdom, Europe, Australia and other places illustrates that this is not just an Uncle Sam phenomenon.

Now, Sarah McKenzie-Ayres has probably never heard of Anita Sarkeesian and lives across the Atlantic from her. But she has inherited the same entitlement and perception of legal and other privilege that Sarkeesian and Co. want, and have largely achieved, for women. Even when they beat a man senselessly with a solid glass object and maim him for life, they just need a leg up, okay, fellow male oppressors?

To Sarkeesian, nothing can be against men and for women at the same time. Sexism is about “power structures”, all men ganging up on women through secret conspiracies, ranging from homeless men to male CEOs, and presumably unicorns.

Society is going down the proverbial toilet with sentences like this. Our saving grace is the sheer documentary evidence showing these deplorable cases and outing the offenders to the world. The public response to this horrendous crime and the cowardly punishment by the British judiciary should give us cause for hope. People see straight through the veneer of “equal justice” and are loudly declaring “if this had been a man…”

Sarah McKenzie-Ayres is a disgusting excuse for a human being. While we would like to interpret the deletion of Twitter and retreat from social media (as far as we know) as an indication of embarrassment and shame to some degree, her smiling face suggests that she does not realize the gravity of what a biased justice system has enabled her to get away with.

If the trendline is any indication, I’m afraid these incidents are going to get even worse.

Read More: European Union Has Declared That Fat People Can Be Considered “Disabled”