Mary Kay Letourneau, who statutorily raped a 12-year-old boy and later married him, will be appearing in an interview with Barbara Walters tonight. Once again we are accosted with an example of society rewarding and mitigating overt female criminality, most tragically of the sexual variety against a child.

Men who commit sexual crimes are typically harassed, abused, and physically assaulted. Female sex offenders, by contrast, are afforded all the privileges of celebrities. The Barbara Walters interview (also, is it paid?) only adds to Letourneau’s undeserved and stomach-churning fame. She should receive attention only to be condemned and vilified.

Thankfully, Letourneau served serious jail time for raping Vili Fualaau, a rarity where the norm for female sex offenders is usually probation or less than a year incarcerated. Despite her time behind bars, society owes Letourneau no favors, and certainly no celebrity status, such as the $750,000 E! allegedly paid to her and Fualaau to cover their wedding a decade ago. How this was even allowed, considering law generally prohibits profiting from a crime, flummoxes me to no end.

Should we be surprised? 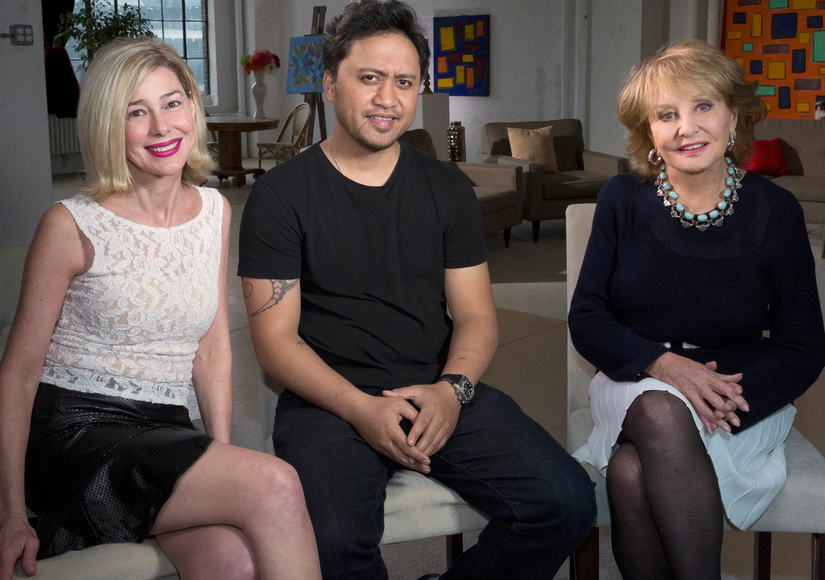 A palm-reader told Barbara Walters she’d win a Pulitzer if she interviewed and humanized a female sex offender.

Barbara Walters would not interview a male student “convicted” in a college kangaroo court, but she’ll interview a woman who pled guilty to raping a 12-year-old when she was in a position of authority over him. You go girl, feminist journalist trailblazer!

There are Catholic priests who commit statutory rape where the boy or girl in question does not “resist.” Would Barbara Walters interview such a priest and their victim-turned-spouse? Not in a million years, let alone smile for the camera with them.

A child abuser in more ways than one

Forgotten amongst Letourneau’s own antics, during her sexual crimes and after them, is the family she abandoned. To subject four children, the ones she had with her husband at the time, to such familial shame and notoriety is nothing short of sociopathic child abuse. In addition, she selfishly deprived them of the emotional stability that their early lives should have had in abundance.

If the measure of true love is having an elementary school boy impregnate you when you’re his teacher, then I just gave up (for the second time) on it. The Barbara Walters interview is merely further impetus to make people believe that only men are genuine child sexual abusers and that there is something admirable (“true love!”) when women engage in it.

I am sure Letourneau rationalized in her mind that her husband had let her down and didn’t deserve her (as he earned to support the four kids her teacher’s salary couldn’t). Once again, women are stripped of their agency and their repulsive actions allowed to regress into “I-couldn’t-defy-my-feelings” automation.

This was 20 years ago. What would she look like now, sans make-up?

He may claim to love Letourneau, but I still regard him as a victim, not just historically but in 2015. At the age of 12, he learned he was to become a father. At that point his childhood ended. It would not surprise me in the slightest (in fact, I think this is the case) if Fualaau had no choice but to “love” or accept Letourneau. After all, his name was indelibly linked to her in every news story around the world.

Nothing could ever erase his association with Letourneau, even if she had not been pregnant. Socializing would only reinforce the stain; Fualaau’s friends and classmates would think of Letourneau and the media packs in their neighborhood every time they saw him.

Also, consider the way that society treats male victims of statutory rape. Though victims of a crime, according to one Arizona decision they are still required to pay child support to their sexual abuser. There would be a multitude of other, more implicit ways in which male victims of female sexual abuse are made or encouraged to deal with their situation as is.

Whose kids will she teach next?

Reports are making it clear that Letourneau will broach the subject of wanting to be removed from the sex offender registry and teach again. Given that she has already earned a fortune from her media-covered wedding, been lauded in a “Hot for Teacher” nightclub theme night, had a sympathetic film made about her, and is now shootin’ the shit with Barbara Walters, this could indeed transpire.

The fact that we would even have this discussion play out on American national television highlights the special privileges and protections afforded to women who prey on children for sexual gratification. Boys exploited in these situations are seen as markedly less deserving of victim status, too.

The case of statutory rapist and ex-teacher Debra Lafave exemplifies this dual perception and double standard. While she served no jail-time, a male teacher from a nearby Florida county, Dang Van Dinh, was sentenced to five years for the same crime. Mary Kay Letourneau only received a long prison sentence because it was the first truly infamous national case of female teacher statutory rape.

America is suffering an epidemic of predatory females raping young male students. The only responsible and reasonable approach is to stop glorifying what would be vehemently attacked if the teacher were male.

Read More: 5 Reasons Why Girls With Tattoos And Piercings Are Broken