Game Could Have Saved 150 Lives In The Germanwings Disaster

Last Tuesday Germanwings Flight 9525 crashed in the French Alps, killing all 150 people aboard, which included 144 passengers and 6 crew members. The usual questions and investigations ensued in the wake of the tragedy and as the answers came swarming in, it became evident that the Airbus A320 was likely crashed intentionally by 27-year-old Andreas Lubitz.

Since 9/11 our first reflex in any plane crash is to suspect terrorism. But an unexpected twist emerged as details of Lubitz’s mental health and broken relationship came to the forefront. Since then it’s become obvious that the event that caused his mental break and drove him to fly a plan into a mountain was being dumped by his long-time girlfriend, Kathrin Goldbach, who is pregnant with his child.

Roissy showed a bit of clairvoyance before any of Lubitz’s personal life came to light and accurately speculated that his suicide could have been because of a recent breakup, and cited the picture below to back up his suspicions:

A lone photo of Lubitz sitting near what looks like the Golden Gate Bridge shows a beta-ish European man with a kind face. 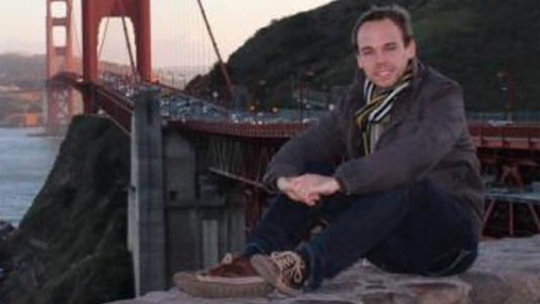 He then hits the bullseye with his second of ten possible explanations for this catastrophe:

2. Beta male rage. He suffered a recent breakup and took it out on himself and 150 strangers.

While it isn’t surprising this was predicted by an unplugged member of the ‘sphere, it’s worth noting that this event has much of the same stench as the Elliot Rodger mass murder and suicide last May and maybe even a dash of the Andrew Stern calamity.

There are differences to be sure, but the commonality these three events share is that lives were lost because a man lost his shit over his dealings with the opposite sex. The Germanwings crash only further confirms one of the many unshakable truths we teach in the ‘sphere: Game saves lives.

How do I look?

When a man lashes out and kills people over a woman, he’s got beta blood running through his veins. It’s reported that Lubitz was banging a stewardess on the side, but given his personality and behavior leading up to the crash, that can hardly be described as “alpha.”

In the wake of his death, his alleged side chick dropped this gem that all but confirmed his beta status:

He was always seeking assurances about the way he looked and the way he was viewed by others.

The matrix-engulfed public seems to be dismissing this statement and treating it as a throw-away element, but men here know that validation-seeking tendencies are detrimental to both men and women alike for obvious reasons.

Another clear indication of Lubitz’s lack of game were his attempts to micromanage his girlfriend’s actions. Goldbach’s friends regaled the media with stories of his insecurity and jealous rants. He even forbid her to speak to anyone with a penis without his approval:

He tried to order her what to wear, what men she could speak to, even the length of her skirts. He was a control freak of the highest order.

There are many ways to effectively control your woman’s behavior—this isn’t one of them. Attention withdrawal and dread game are two of many ways a man can nip his girlfriend’s natural proclivities to self-destruct via cock in the bud.

Not the right way to do it

I’m certain that more details from his tumultuous relationship with Goldbach will undoubtedly make its way into the news cycle as her friends will continue to attention whore their way into stardom at their pregnant friend’s expense.

Although Lubitz went out like a sniveling beta, believe it or not he actually had the tools to be an alpha. Yes, he was a control freak and yes, he sought validation from persons other than the man in the mirror.

But if we put on our neomasculine spectacles and read between the lines of these accounts, it’s quite easy to see that he had all the makings of a man who could tickle the loins of hot young females.

Chicks dig dudes with a skill or a status most men don’t have. Flying a plane is one that embodies both. The responsibility of manning an aircraft hurling through the air at over 500+ mph at 30,000+ feet is a trade that precious few men on this earth are lucky enough to attain and there’s no doubt in my mind that played a major role in Goldbach’s attraction to her suicidal fiancée.

ROK columnist A. V. Yader can attest to the pussy-pulling effects of a pilot’s license. This explains why pilots find themselves in the panties of stewardesses on the regular, which leads to the next alpha move Lubitz didn’t recognize and channel correctly…

2. He had an affair with a flight attendant

Pre-selection is a standard game tenet because girls don’t want a man that other women don’t want. Infidelity, though initially detrimental to relationships upon discovery, brings out strong emotions in girls namely love, hate, passion, and dread (read: chick crack).

I mentioned earlier that Lubitz was said to have been romantically involved with a stewardess named Maria. Goldbach wasn’t exactly over the moon about this, but that didn’t stop her from trying to work things out:

She was optimistic that they could together get his problems under control. It is understood the couple took a holiday together shortly before the crash.

Those of us in the know understand the psychological elements involved in Goldbach’s motivations. If Lubitz were armed with this knowledge he might still be enjoying the undying loyalty of a female willing to bring his child into the world despite his cheating ways.

Lubitz’s erratic behavior and mental health issues have predictably served as the de facto answer(s) for his murder and suicide. It would be foolish to dismiss his history of depression and steady diet of antipsychotics as one of the factors that led to his sticky end.

His unpredictable exploits, however, show us that he had the bad boy tendencies women love and maybe even the potential for shades of a Dark Triad trait or two.

Described as both manipulative and volatile by the people who knew him best, Lubitz unknowingly had natural game he didn’t know he had or how to use. Put those together with his tryst with the stewardess and this pilot turned murderer could have been a jerkboy extraordinaire armed with the antidote to stave off the oneitis that eventually drove him to take his own life.

What’s this all mean?

Both the media and the public at large wants to characterize this tragedy as the typical case of a demented male who went off his meds and killed a bunch of people. They are consistently highlighting Lubitz’s history of mental illnesses, his anxiety over losing his job, and the stash of pills they found at his place as the main causes for his psychotic break.

There’s no doubt those ingredients certainly played a role in his coming unglued, but red pillers know that being dumped by his fiancée is what pushed him over the edge. The world seems to be playing catch up and is starting to give a little more credence to what we already know to be true which, incidentally, only serves to further increase the perceived high value of females.

The raw truth to all of this is that had Lubitz had game this would not have happened. Game improves a man in every way imaginable but more importantly it also acts as a natural cure for mental illness. It’s very difficult for a man to slip into depression when his mind and body are strong.

No way this guy flies off the handle

A man who has a solid sense of self and overall satisfaction with both life and who he is as a person is a man who is all but immune to conditions like oneitis and homicidal or suicidal ideation. If Lubitz, Rodger, and Stern had even an ounce of neomasculine wisdom they and their victims might still be alive today.

Andreas Lubitz had all the makings of someone who could live a dominant and fulfilling life. He had a pretty young girl pregnant with his child and hopelessly committed to him, regular action with a flight attendant on the side, and an exciting profession which would have provided him with a enough money to live a comfortable life.

All he needed was a bit of game to solidify himself as a man. Unfortunately for him, 149 other people, and his unborn child, Lubitz never took the red pill.

Game saves lives, gentlemen, and you can bet your ass incidents like this will increase in frequency in the coming years.

Read More: No One Would Have Died If PUA Hate Killer Elliot Rodger Learned Game