Sugar Baby Culture In The U.S. Is Creating An Open Marketplace For Prostitution

Everyone but those living under a rock in the deepest hamlets of the Amazon rainforest knows about sugar babies. These girls, who are disproportionally students, typically get “allowances” of thousands of dollars every month from their sex-desiring male benefactors, plus jewelry, electronics, expensive trips and other goodies in exchange for their “company.”

But before we really get into things, why aren’t you already a member of Seeking Arrangement and other sugar baby websites?

An experiment in reality

You should have an account, and you should be logging in at least once a month to remind yourself of the blunt, never-something-for-nothing world we live in. Never underestimate the need to condition your red pill outlook. The world you live in, despite constant evidence refuting the blue pill, is all about making you swallow small doses of cultural and personal arsenic.

Create a fake profile, with or without a photo (not your own), and make yourself out to be a relatively wealthy middle-aged man who wants a sugar baby (or five). For better effect, pictorially represent or describe yourself as an out-of-shape mid-life crisis type. Triple points for the best balding, pudgy-faced mugshot you can find and put up.

Can you guess why he’s so popular?

Our brains love to play tricks on us, remember. You may have taken the red pill, but don’t tell me that you always see things through the prism of reality and not fantasy. We all have hours and days where blue pill I-wish-it-was-like-this functioning motivates or controls us. Seeing the sexual marketplace in action can snap you back to reality.

Most of the girls on these websites will play the poor student card. I’m not trying to pretend that studying is cheap, or doesn’t require sacrifices—Unless you’re the spawn of an upper middle-class or wealthy family or have an especially marketable set of talents in your youth, studying is not a free meal. But it’s nowhere near as hard as people make it out to be. In what workplace do only half of employees show up every day, as is the case with most non-compulsory classes at university?

Whether or not you admire or loathe his politics and personality, John Boehner is a paragon of scholastic self-sacrifice. He hails from a quintessentially blue-collar Ohio family of twelve, yes, twelve, children. Many of Boehner’s siblings have been or are still unemployed. The family of fourteen made do with two bedrooms and all twelve siblings shared one bathroom.

Far from being a silver-spooned scion, the current Speaker of the House knows more about middle (and lower) America than most Democratic legislators ever could. And also infinitely more than the lazy, hypocritical sugar babies populating Seeking Arrangement and similar websites.

It took Boehner SEVEN years to complete his degree at Xavier University in Ohio whilst he balanced a multitude of occupations to fund his studies. That is commitment, instead of sucking at the resources-providing teat of a sugar daddy. Despite this much later start in life, he is now the highest-ranked Republican and one of the half dozen most powerful political figures in the country.

This man talks the talk and walks the walk when it comes to personal responsibility. He didn’t need to slut himself around to get through college.

Because of where he began and his work ethic, the achievements of Boehner, intellectual, political and life-wise, far outstrip the comfortable middle-class trajectory of an Obama, the undeserved opulence and head-start of a Ted Kennedy, or the shameless sluttiness of every sugar baby.

Working in order to study doesn’t stop at John Boehner. There are hundreds of examples of people we know in the news cycle who gained degrees through sweat and hard hours. Gary Johnson, the 2012 Libertarian Presidential candidate, was a door-to-door tradesman during college.

Former Italian Prime Minister and billionaire Silvio Berlusconi, whose family was by no means rich, funded his tertiary studies by performing as a singer on cruise ships. Comedian Ed McMahon of Tonight Show fame was known on Atlantic City boardwalks as a hawker of vegetable slicers, not a future funnyman. Outside formal studies, Brad Pitt, Megan Fox, Rod Stewart and a litany of others had downright bizarre but honorable jobs to keep themselves afloat before hitting the big time.

In Europe, Canada, and Australia, the need to become a sugar baby is even more non-existent and unjustifiable. In many EU countries, higher education is either free or intensely subsidized. In fact, much of the blame for European debt crises can be laid squarely at the feet of over-generous study endowments and other support schemes.

Obsessed with projects such as the Erasmus program, which are highly beneficial to students but often a waste of taxpayer dollars, EU member states have devalued the self-earned component of education to the point of triviality. 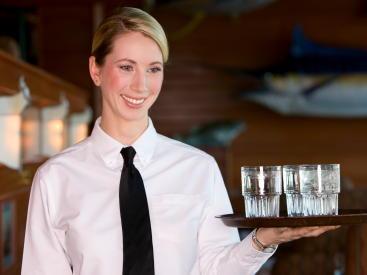 Sugar babies are sluts. They could get a normal job like this but pretend they can’t find one.

In Australia, students are given a net interest-free loan to fund their studies. Only the costs of inflation, linked to the Consumer Price Index, are added to the bill. Even then, students need to be earning around $50,000 either before or after their studies before they even have to start paying this sum back.

Undergraduate students in the United States, Canada, Europe and Australia are invariably lazy. Don’t try to pretend otherwise. I was one of those inveterate student slackers and was still on the honor roll. I never handed in a serious assessment piece until the day it was due. There is absolutely no comparison in almost every instance between an undergraduate student and that same student when they have graduated and find themselves in the private sector.

Plausible deniability. You’ve heard the word before. And now you’re hearing it again. Sugar babies are not only sluts, they’re prostitutes who cannot admit it. Being paid by older men to be fucked (this is exactly what the industry is about) is nothing but prostitution. However much you romanticize the idea of a woman having her “education” paid for by an older man, or picture the value of an education, it’s a choice made to avoid harder work.

In addition, why aren’t these girls paying taxes? Given that in the United States you pay taxes even on lottery wins, these girls are also, at least ethically, cheating the system.

Read More: 5 Ways To Bully Fat Sluts On A Date