Newscaster Virginia Trioli is the gift that keeps on giving. You may remember this otherwise largely avoidable “celebrity” for her outlandish comments linking men smashing tennis racquets with domestic violence.

You may also remember Michael Rowland as one of two male colleagues present when Trioli made her moronic remarks. I indicated last time that Trioli earned some $235,000 according to leaked documents in late 2013. What I left for this piece, however, is the fact that Rowland, her co-host, earned over $84,000 less than Trioli. There is presently nothing to indicate that the gap has been plugged. Both still host the same morning news program.

When interviewed by The Australian newspaper’s Business Review, Trioli, a “noted” feminist, extolled the equality agenda: “We still have to bang on about equal pay, subtle and not-so-subtle forms of discrimination…” But who is this “we” Trioli speaks of? Well, the “we” is the gender Trioli uses to sell her most recent book and increase her media profile.

On what planet are we living exactly? The hypocrisy above comes from a woman who earns over 50% more than her male co-host. Unlike other journalism and presenting roles, where professionals may host entirely different programs, travel to entirely different countries or focus on entirely different spheres, Trioli and Rowland are sitting on the same couch, presenting the same news program on the same spin-off channel of the same government-owned TV and media network, reading the same news stories, part-by-part. If ever there was a battleground in journalism on which to wage an equal pay debate, it is the pay relationship between co-hosts like Trioli and Rowland.

Trioli will happily lap up and pontificate the feminist agenda of equal pay and other matters, earn royalties from her book (Generation F: Sex, Power and the Young Feminist) and play the card of entrenched patriarchy. What she does not admit is that in the one area where she could practice what she preaches (and speak out against unequal pay) she simply does not do so.

Patriarchy forced Virginia to earn 50% more than Michael for the same job. Oh, the victimhood!

Some may say that it is not Trioli’s responsibility for how much Rowland is paid. Maybe and probably so. Yet the rank hypocrisy of presenting yourself as an equal pay advocate and earning money from your position, all while getting a 50% fatter paycheck than a man for the same job, is irrefutable. When a woman is paid more, Trioli sees no need for comment. But when a man is paid more, Trioli and Co. pounce, like in her book, with an entirely different “logic”.

What drives Trioli is a virulent form of prima facie sexism. Unlike the normal notion of prima facie, Trioli’s perceptions are impervious to later information or correction. Male earns more than female: sexism. Woman, especially one named Trioli, earns more: fine, dandy, not worthy of comment, a topic to be avoided.

But in the meantime, folks, here’s her latest sexism-against-women-is-everywhere book and newspaper rant. It’s confirmation bias at its most repulsive.

The other laughable (read: horrendous) aspect of the leaked ABC salaries was the reaction from certain elements of the press. The Australian Women’s Weekly (AWW), which ironically specializes in the continual recycling of sexist, unverifiable gossip about famous women, decried the “gender imbalance” in pay at the ABC. As you might suspect, no juxtaposition of Trioli and Rowland occurred. Trioli only made the list of the top ten highest paid women at the ABC, without other comment, while Rowland was not mentioned at all.

Despite comparing the salaries and declaring them sexist, bereft of any indication it had considered the different jobs featured in the lists, The AWW avoided the most logical and fair comparison, that between Trioli and Rowland. Though I may be laboring the point, they share the same couch! If you want an apt equal or unequal pay case study, you find one here!

Of the twenty individuals across the two gendered lists, none, bar five journalists and presenters (Tony Jones, Quentin Dempster, Leigh Sales, Fran Kelly and Trioli), had close to the same job, and most of the rest were generally executives of different departments, many of which were subordinate to others. 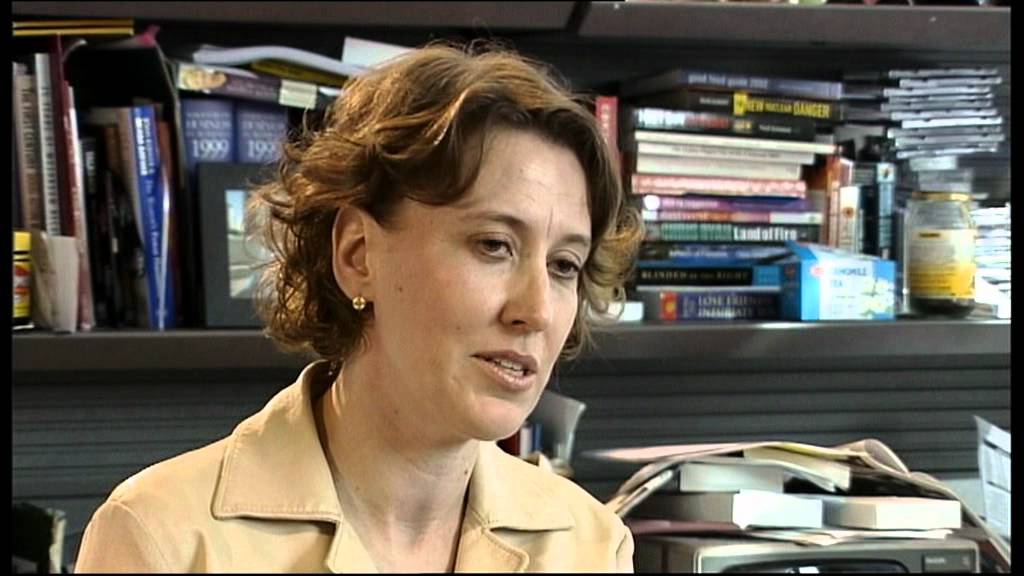 Trioli’s desire for “equality” is as fake as the make-up she’s not wearing much of here.

Amongst them, major differences existed. At the time, Dempster and Kelly were heavily or predominantly involved in the ABC radio divisions (Dempster focusing on sports reporting and commentary and Kelly on program hosting). Trioli was and still is breakfast co-host on ABC News 24, a standalone TV channel.

Even the dissimilarities between Tony Jones and Leigh Sales, both on the main ABC channel, were and remain stark. Jones, although listed as a journalist by The AWW, actually hosts the highly popular (for the ABC) Q&A, among other duties. Sales, a woman, hosts the 7:30 Report, an investigative journalism program with interviews thrown in, another “winner” for the ABC but lacking the engagement and popularity with young people in particular after so many years.

Jones and Sales present different programs with different formats, requiring different roles to be played and different topics to be covered. Instead of dealing with one or two guests at a time, like Sales, Jones is dealing with five, at least two or three of which are usually high-ranking national politicians, moderating both them and an often boisterous or vocally engaged audience of several hundred.

Whether Jones or Sales were paid more, there is no “equal pay” comparison to be made. It’s akin arguing that a hospital cleaner should be paid the same as the person delivering meals to bed-ridden patients, simply because they both work in a hospital.

The leaking of ABC salaries exposed Trioli for the hypocrite and inveterate, self-promoting gasbag she is. In addition to undermining the legitimacy of a leftist media network which preaches socialism and SJW agendas whilst financially lavishing up a coterie of executive fat-cats and self-indulgent ideological presenters, we should be thankful that the revelations invalidated any claim to fairness by Trioli on gender-related matters.

Anything feminist-oriented uttered by Trioli, or those like her, needs to be re-evaluated through the prism of her own double standards. As Return of Kings stories frequently expose, to talk the talk you need to walk the walk, feminists.