William is a young Yankee from the Deep South who keeps himself occupied by surfing the internet from his mom's basement. He is an aspiring organic soy bean farmer.

Quite recently on the forum, there was an excellent thread about the life and work of Ludwig Wittgenstein. Although the man himself was fascinating, this article was simply inspired by his questioning of language and logic. If you wish to read more about the man himself and the subsequent discussion, check out the thread here.

How do we know what we can’t know? Let’s think it through, step by step. 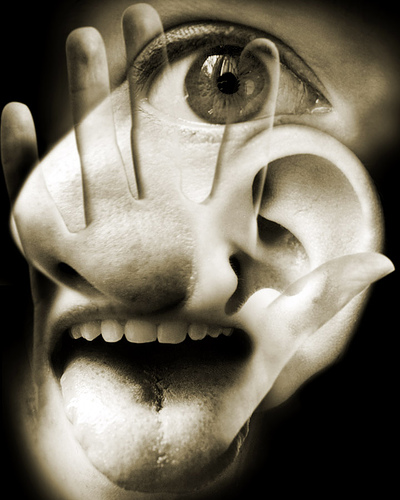 We can describe everything that physically exists with language. For instance, I can describe the shirt I am currently wearing. It is a grey, crew neck, long sleeved shirt made out of cotton and polyester. It helps to insulate my body and keep me warm. My description, although perhaps not comprehensive, is enough to paint a picture in your mind of what my shirt is like.

Were I to describe my shirt further, I might go into more detail on the shade of the color, the direction of the stitching, the slight discolorations, or the exact length. In fact, I could even pull out a microscope and describe the shape of every little dust particle on my shirt.

Supposing technological limitations were not a factor, I could continue to describe my shirt for all of eternity, focusing on smaller and smaller pieces until we get to sub-atomic particles and sub-sub-atomic particles. Never once would language fail me in this instance. There will always be words to describe what I am seeing, because the shirt physically exists. We could perform the same exercise with a red shirt, a baseball, a human being, or the Grand Canyon and still be able to describe with language that which we see.

How about non-physical entities? Can words describe those? First, we must dissect what a non-physical entity is. If something is non-physical, it, by definition, has not been seen, heard, touched, smelled, or tasted by a human. Suppose I told you that you have a tail. You ask me if I have seen this tail, and I say no.

We seem to think that logic exists, and it is definitely not a physical, tangible thing. Well, the answer is simple: we can’t. Can we describe what logic looks, tastes, sounds, feels, or smells like? Nope.

“But, AHA! William! The dictionary has a definition for logic! They’ve described what it is! Checkmate, you pretentious sot! Merriam-Webster says logic is “a proper or reasonable way of thinking about or understanding something.”

What does correct mean? “True or accurate”

True? ‘Agreeing with the facts’

Fact? ‘Something that truly exists or happens’

Exist? ‘To have actual being’

Being? ‘The state of existing’

Existing? ‘To have actual being’

Being? ‘The state of… Wait a second! This looks familiar!’ Well, my friend, you’ve learned your lesson. The dictionary is nothing but a big circular argument.

“Well, we never went down the path of ‘reasonable’ in our original definition…” If you really want to, I’ll humor you, then.

Fair: ‘Agreeing with what is thought to be right or acceptable’

What does this little traipse through the dictionary prove? It proves that language is useless when trying to describe the non-physical, because it will always end up in a circular definition: a fallacy. It’s meaningless to say that logic is “proper,” because “proper’s” definition ends up in a fallacy (which is, ironically, illogical). Therefore, we still have not succeeded in describing logic.

What can we do now? Kill ourselves and hope for some answers in the afterlife? No. All we need to do is stop using logic.

“Stop using logic? That’s absurd! What are you, a Christian or something?”

Calm down. We need to explore other venues of understanding. I know just the guy who can help us… let me grab my Lamp of the Enlightenment and rub it a few times. Suddenly, the ghostly apparition of Blaise Pascal appears before us.

‘Why have you disturbed my rest, William? I was chilling with Pook in heaven.’

‘We wish to know how to understand without logos, oh master.’

‘We know the truth not only through our reason but also through our heart. It is through the latter that we know first principles, and reason, which has nothing to do with it, tries in vain to refute them. The skeptics have no other object than that, and they work at it to no purpose. We know that we are not dreaming, but, however unable we may be to prove it rationally, our inability proves nothing but the weakness of our reason, and not the uncertainty of all our knowledge, as they maintain. For knowledge of first principles, like space, time, motion, number, is as solid as any derived through reason, and it is on such knowledge, coming from the heart and instinct, that reason has to depend and base all its argument…

It is just as pointless and absurd for reason to demand proof of first principles from the heart before agreeing to accept them as it would be absurd for the heart to demand an intuition of all the propositions demonstrated by reason before agreeing to accept them. Our inability must therefore serve only to humble reason, which would like to be judge of everything, but not to confute our certainty. As if reason were the only way we could learn!'(Pascal’s Pensées, 1995, 28, #110)

Read More: Women Don’t Know How To Argue With Logic Or Facts