Sleez3vil is a man with no shortage of words. After an early introduction to the red pill he has been on his path ever since.

“Dwell on the beauty of life. Watch the stars, and see yourself running with them”
― Marcus Aurelius

Of course the media fails to help when articles and movies on being single are penned by an army of pseudo-Carrie Bradshaws and jaded white knights who have spent the better half of their lives groveling over some cunt. Instead of focusing on the introspective aspect behind it, practically every piece on the subject contains “rebellious” images of broads flipping the bird advocating a flippant lifestyle.

Moreover the decline in quality of women on the American market makes getting a vasectomy more appealing by the day. With that said I have yet to read or see an accurate portrayal of what today’s man (who has swallowed the red pill) is bound to encounter during his time of perpetual bachelorhood. 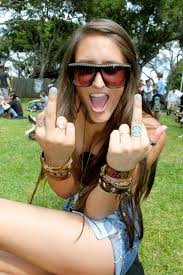 The quote utilized in the introduction was borrowed from Marcus Aurelius’ The Emperor’s Handbook, a masterfully written piece that focuses on the importance of self-analysis to stoicism. I had no clue what my mom was doing when she presented me with this plethora of hardcover knowledge but in retrospect she helped cultivate my mind with practical wisdom for the road that lay ahead. Mother knows best, right?

The following list has been compiled in an attempt to replicate the same notational style Marcus utilized. Each snippet is devised from my own colorful bits of life experience, ramblings with a vast array of knowledgeable men to the occasional bits of insight dropped at the barbershop. Let the following list of friendly reminders serve as a list of things to be mindful of as you continue on your journey.

1. No love without the glove, sweetheart. Let us be realistic with this one: Would you rather spare the $3 for a pack of condoms or start preparing for a kid’s college fund? Truth be told, if the no-pants dance is about to commence and a woman suggests to not use a condom, I find myself immediately turned off. My father always told me “HIV knows no face” and by default you are not the only one she pitched that idea to.

2. When women have no fathers or father figures present, approach with prudence. Now this can work both ways. I have met women who had no form of male role models in their life but were still driven to make something out of themselves. On the other hand, there is the opposite demographic that has a tendency to be very clingy towards a guy who has his shit together. If that is the case, this scenario will more than likely end on catastrophic terms.

3. If a woman gets off on abuse, she is damaged. I am not talking about a friendly choke, pulling of hair, or love taps etc. I am referring to complete denigration. Sure the idea of a sex slave may seem clutch but this can lead to a potential stalker or end with a voodoo doll on your doorstep (speaking from experience folks).

4. Do not take bisexual or “I recently just came out of a long-term lesbian relationship” women seriously. She’s likely to be a certified devil in the sack (obviously due to the lack of a male’s sexual presence) and a catalyst for welcoming another broad in the bedroom, but any hopes of something serious in the long run should stop there. Women with a sexual identity crisis have a bizarre complex where they try to be assertive like men but in the end succumb to their gender’s notable trait of emotional instability.

5. Be circumspect when seeing exotic women from culturally extremist backgrounds. The aesthetically appealing features coupled with loyal foreign tendencies should be enough to reel in any man. However unless you share the same ethnicity or plan on converting to her culture’s religious customs, chances are her family will flip their shit when they catch you two together.

Sure the idea of romance behind closed doors may seem enticing to your altruistic heart, except these women are bred to marry their own kind with very little chance of their family giving into today’s western practices. Save yourself from the modern day Montague vs. Capulet romance and keep it moving (speaking from experience again, folks).

6. A wise man once told me that when it comes to bartenders, you need to remember that “they are ALWAYS on the clock” or in laymen’s terms “strippers who do not take their clothes off.” Much like the women with no father figures, there are exceptions. Some are genuine hard workers trying to get by and then there is the lascivious kind.

The latter pertains to women who take enjoyment swindling men via lewd behavior. A major perk of seeing bartenders can be their loquacious nature, which for men who are suckers for stimulating convo can earn major brownie points in their eyes. Nonetheless it is important to keep in mind that once they leave your door; they lead a life that requires them to wear many faces, which one they sport around you is the question.

7. Leave married or relationship broads ALONE. Many OG’s have told me to fuck everything in sight, though this is where I draw the line. Of course I have broken this rule during my days as a young buck. However, unless you are the possessive type drunk off pussy, women always manage to slip up.

If it is not out of neglect they will use this opportunity as a chance to throw their shenanigans in their partner’s face. Do not become a tool in a woman’s attempt to wrong her spouse. Furthermore, my father shared many stories of men losing their lives over a piece of ass during his stint with the domestic violence unit. It is simply not worth the inevitable disappointment gentlemen.

8. Marcus Aurelius once stated “you have power over your mind – not outside events. Realize this, and you will find strength.”  By applying the preceding quote towards women, your mind will be impervious towards nonsensical bullshit.

I cannot stress the importance of separating your emotions from romantic endeavors enough. Women are emotional creatures, men are not. Two things that have destroyed the lives of men around me were drugs and women (or one leading to the other). Letting anything besides your mind dictate your actions is the attribute of a weak man. Keep in mind, though, your refusal to cater towards some Jezebel’s childish behavior can lead to her attacking you.

9. Learn to welcome your newly found solitude. In a metaphorical sense, you ARE alone. Brace yourself for the nights when your trusted confidants will be occupied, along with your stable of romantic prospects. During these times when your thoughts can be rather bleak, pick up one of the following: An instrument, a weight, a book, or a pen and journal.

Begin to gather your thoughts cohesively. Stagnation is not your friend. By performing one of the four options (preferably all of the above) you will create an ascetic mindset. A man who has a developed a sense of self does not occupy his time with the mundane. Instead his pursuits are more gratifying than catering to conventional societal norms.

It Is Never Too Late

From time to time I am an apprentice to a carpenter. Although the work is arduous, the pay is good and each job is a chance for me to learn skills that are slowly dissipating over here on the western front. The last outing involved trimming windows at an elderly man’s house. The collection of old magazines to excessive dust buildup led me to believe this man lived a lonely life.

Despite his settings, it was heartwarming to see that he was lucid and kept himself active. However the mood became melancholic when the man discussed how it had been ten years since his wife passed. Just as I was getting ready to pat his shoulder, the fellow showed me and my boss flicks of his middle-aged Puerto Rican bombshell. He then proceeded to speak of another equally attractive Jewish one that was begging him to come stay with her for the weekend.

Remember that where you are, many men have traveled along the same path and went on to do great things. Welcome each challenge with a smirk while handling it with a sense of bravado that would give Clark Gable a run for his money. Having said that I will conclude with one final quote from sir Aurelius: ”Waste no more time arguing about what a good man should be. Be one.” 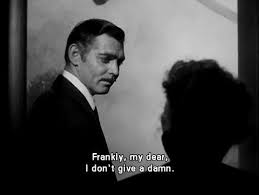 Read More: Don’t Be Ashamed For Being A Bachelor