Marcus is a newly-awakened red pill hidden inside the Matrix, seeking to bring down the system from within. In the meantime he has books to read, writing to do, medieval swordsmanship to practice, and does not charge by the hour.

If your mind ever boggled as to how the hell a woman could come to a particular conclusion, against all the seeming facts or data at hand, you actually have something to be thankful for. The idea that you draw a conclusion from the facts and data at hand actually hasn’t been common sense for quite as long as you might realize.

Modernism was born the day Charles Darwin stepped off the HMS Beagle at Falmouth, Cornwall after completing his (almost) five-year mission to boldly tour certain idyllic islands in the Pacific. When he published On the Origin of Species in 1859 he dropped a rock into a pool, the ripples of which eventually spread to virtually every field of human thought. Darwin did not just change how we think about evolution, he changed how we think—because he was the first and most prominent scientist to successfully break scientific method away from religious orthodoxy. Roosh, as some of you know, was a microbiologist before he took up game. He’ll tell you (I’d hope) that the most fundamental principle of science is that you don’t start with a theory and seek to prove it. Basic scientific procedure is: gather data, make a hypothesis given your data, test the hypothesis by experiment, and evaluate contradictory evidence. If contradictory evidence invalidates said hypothesis, return to step one. (Indeed Roosh’s approach to Game seems to have been using this exact method: laboriously recording the results of approach after approach after approach and then seeing if any principles arose which explained his failures or successes.)

This is why every principle of scientific knowledge is known as a theory. Scientific theories explain sets of data. You cannot ever prove a theory—you can only disprove it.  For example, the theory of gravity: we know it works—satellites depend utterly on the theory being correct. And it’s been verified by hundreds and hundreds of experiments. But no matter how many experiments you conduct, it will forever be a theory. A working idea. If Stephen Hawking tomorrow finds a set of equations that more accurately explains objects dropping out of the sky as the sole work of the Everlasting Gobstopper, the theory of gravity will be thrown out or at least reconsidered.

In his book The Metaphysical Club, Louis Menand observes that this method utterly changed how we think in the West, not just in science, but in almost every human endeavor. We no longer attach legitimacy to a premise, but rather to a procedure. We no longer speak of justice as preexisting a case at hand; justice is whatever result just procedures lead to.

This philosophy underlies many legal principles, from the right to silence to jury unanimity. Universal suffrage is founded on it: a decision cannot be said to be democratic unless everyone is permitted to participate in the making of it. In science’s case, unless you follow scientific modes of investigation, you are not engaged in science. This, in a nutshell, is modernism.

Contrast that with science before Darwin’s voyage. While the concept of experimenting to establish a natural law was long-established, the focus was fundamentally different. Philosophically, science was concerned with confirming truths already revealed or already in place from a divine source. Material discovered by scientific investigation which contradicted a divinely-revealed truth, therefore, was automatically wrong, to be dispensed with, or an act of deception by an agent natural or supernatural.

To any rational male living today, this sort of thinking is lunacy. It is the sort of reasoning Christopher Columbus probably chuckled at when he fooled a group of Jamaican natives into thinking he, not the predictable orbits of planetary bodies, caused a lunar eclipse on cue. But for people like Galileo Galilei whose observations contradicted “established truth” propounded by religion, it was serious business—to the point of being deadly in the case of Galileo’s contemporary Giordano Bruno and others.

This is how people who haven’t accepted modernism think. They demand certainty. They demand a conclusion be revealed first—from any pseudo-logical source, it need not be religion—upon which to interpret the world. They cannot conceive of a universe where the underlying order of existence is unrevealed, can’t ever be completely certain to us, and must be uncovered step by laborious step.

You can still see echoes of the pre-modernist mindset among Young Earth Creationists: it’s not uncommon to hear accusations that dinosaur fossils were placed there by Satan. The same antiquated thinking is in force when a creationist shouts that “The theory of evolution is not proven!” It reveals a fundamental misunderstanding of how science works. Either way, there is a different form of reasoning going on: the predominant reasoning of science prior to 1859. 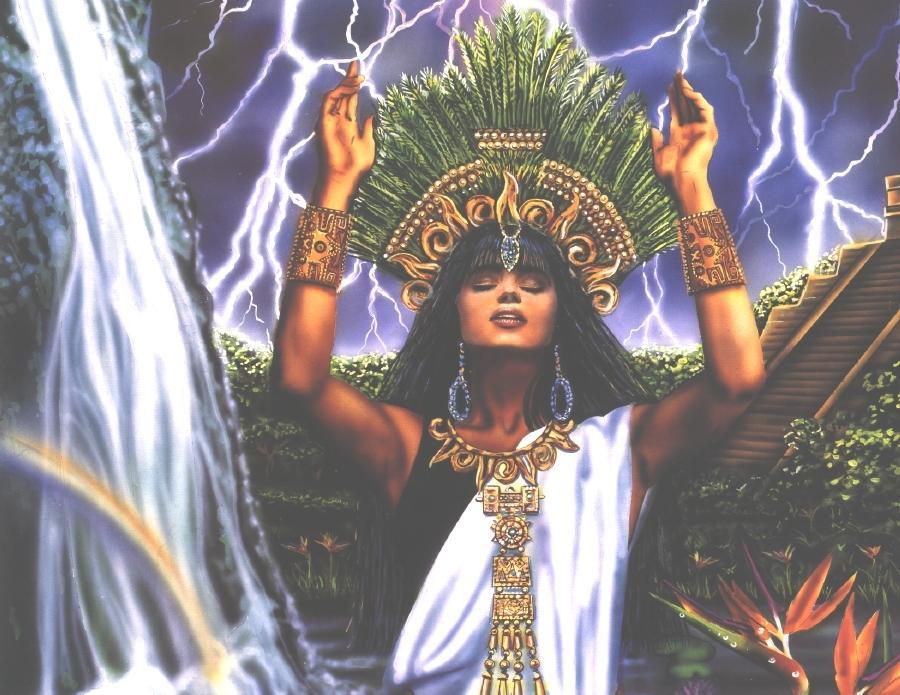 You see a similar mindset in women—especially out on the vast, shallow lagoon that passes for knowledge on the Internet. Part of it derives from the culture of narcissism currently prevalent in the West, and part of it derives from feminist browbeatings, but women as a group are simply less inclined to be modernist thinkers than men. Exhibit A is hat women are more likely than men to believe in God,  haunted houses, astrology, and communicating with the dead. Oh, and witches.

Note the patronizing but revealing quote around this gender difference that follows the results:

Kathleen, a New Jersey counselor who treats both men and women for a variety of issues, isn’t surprised by the finding that women are, in some cases, bigger believers in the paranormal. She suspects it’s a function of how men’s and women’s brains work. “Women are just more receptive, more intuitive, and more plugged in, whereas men tend to be logical and sequential,” she says. “In my work, I find that women are much more inclined to speculate about hypothetical situations.”

Kerk-Tabor agrees that women are more likely than men to believe in the paranormal, but for a different reason. “Men tend to judge themselves competitively,” she says. “They ask, ‘Am I better than you?’ whereas women encompass the whole and ask, ‘Where do I fit in?’ This inclusiveness may help women to be more receptive to the ‘magical stuff’ — things that exist in a different paradigm, in another realm.”

Asking “where do I fit in?” presumes a revealed order. You can’t ask where you fit in unless you already have a picture before you—and it does not matter whether the picture fits objective reality or not. Per this female counselor, women’s brains are just not built to easily do otherwise.

Men are more inclined to modernist thought not because of innate competitiveness, but rather male objectivity. If you substitute the word “objectively” into the above quote for “competitively,” the difference becomes quite apparent. Indeed, competitiveness requires objectivity.

And this objectivity requires an open mind. Even if a man doesn’t personally like the conclusion that a set of data suggests—“Your energy in per week is greater than your energy out per week, therefore you have gained 10 pounds“—he’ll at least entertain the thought because he accepts there is an objective world out there and he is at best a small part of it.

By contrast, confront a woman with a set of reliable statistics that impacts on their worldview—say, about how most single mothers suck as parents, going by decades of outcomes for children of single parents—and as often as not the immediate response will be one of:

Well the reason they suck is because of men

Or if you ask a woman why she is the size of a landwhale, the immediate response will be: “Because of stress/lack of time/hormones/because of my (undiagnosed) Crohn’s Disease/gluten intolerance/I am not fat, I am a victim of patriarchal expectations of beauty/BMI don’t real.” In the field of gender if not generally, women cannot admit observed phenomena that do not square with their personal experiences or self-image.

Women crave that the world should make sense to them. They don’t like to hear unpleasant truths unless said truths are solely in their favor. Per the above quote, they’ll happily speculate about all manner of hypotheticals rather than deal with objective data. They are not the least bit primed or prepared to deal with uncertainty in their lives.  And in all cases, their emotions trump reality. This should be borne in mind in all your dealings with them.