4 Lies Men Are Being Told About Women

We’ve all been there—at the bar with our buddies talking about our wives and girlfriends and the endless bullshit they yap about. Eventually one of them recites one of the many of the ridiculous relationship maxims Western men have been brainwashed to follow: “Welp, ya know what they say! Happy wife, happy life!” Like mindless drones, we all nod in agreement and pathetically clank our beers to reinforce the falsehood.

What we don’t realize is that these tenets are not only untrue, but their application is best used by women when dealing with the men in their lives. These fables are so deeply woven into the fabric of the male psyche, it rarely occurs to us to flip the script and apply these credos to ourselves. And don’t get it twisted, gentlemen, this has affected all of us. From men who are new to the red pill to those who swallowed it a long time ago, no man is completely immune to the effects of these tall tales cloaked as wisdom.

It’s not easy to deprogram the male mind from defaulting to the “execute feminine imperative in any and all situations” setting. Be that as it may, the first step in ridding your brain of these viruses is pragmatically breaking down the most prevalent aphorisms so as to render them transparent and subsequently fictitious.

“If mama ain’t happy, nobody’s happy” is another variation of this fallacy. In other words keeping your wife or girlfriend happy by focusing all your energies on her needs and wants according to how she’s feeling at that very moment promises happiness for both parties, while any deviation from this all but guarantees misery. This adage is by far the most damaging because of the money, time, and emotion that men invest trying to adhere to it. More importantly, it causes men to neglect many of their own needs such as physical fitness, financial shrewdness, and overall self improvement. Living by this unhealthy pattern ultimately turns you into a supplicating pile of mush waiting on your woman hand and foot while apologizing to her for her cheating. But hey, she’s gotta be happy right?

This, of course, is another classic example of women assuming that what works for men also works for them. A man getting attention from attractive women turns them on so they brag about all the “guys who are texting me” because surely, the laws of attraction are symmetrical. A ball-busting, wise cracking egomaniac with a devil-may-care attitude moistens her panties so the same thing is a sure fire boner maker right? You get the idea.

This experiment, however, proves that the “happy wife” proverb is not only false, but it applies directly to men:

“Everywhere this article has been reported on they leave out the obvious, critical detail: WOMEN don’t react well to always being agreed with by men. If the experiment had been done with the opposite approach (wife agrees with hubby) it could go on for years because both of them would come to find it satisfying and pleasant.”

Men are simple creatures. All it really takes to keep us around these days is regular sex with minimal bitchiness and neuroticism. Sprinkle in an air of agreeability and you’ve got yourself a happy man. An American woman’s definition of happiness is a moving target and it’s proving increasingly impossible to hit. Accommodating her ever changing whims is quite the opposite of what keeps her coming back for more. Dread, jealousy, and outright cockiness is the recipe to keeping your girl hot for you. Replacing the word “wife” with “hubby” makes this a real nugget ‘o knowledge but don’t hold your breath for that amendment.

As recently pointed out, women don’t handle rejection well. This axiom is the manifestation of that reality. Women simply do not age well. Sure, there are a few exceptions to the rule. If a woman takes care of herself by staying fit, eating clean, not smoking, not drinking excessively, not riding the cock carousel, and has good DNA there’s a small chance she could look good into her early to mid thirties. But odds are Father Time will collect his debt for having afforded her a decade of absolute power over men. That said, the idea that a 38 year old woman is more sexually attractive than a 21 year old because she’s “like a fine wine” and has “more experience” is laughable.

Regardless of how many women tell a 33 year old former party girl she’s a great catch because of her great job, her impressive diversified portfolio, and her Masters Degree, she knows that her SMV (sexual market value) is determined by her physical beauty and not much else. She also knows that each passing year lowers her SMV, which means she will experience increasing rejection (directly or indirectly) from the opposite sex. Her inability to handle rejection will push her to the “fine wine” canard to cope with her decreasing desirability.

The problem with this coping mechanism is that it doesn’t apply to her sex. It applies to men. Men age much better than women. Not only do we age better aesthetically, our experience also increases our SMV as the years go by. Sex, traveling, and education are just a few things that supplement our increasing attractiveness as we get older. An older woman with a PhD, thousands of frequent flier miles, and a porn star-worthy notch count is far from being a fine wine. She’s probably closer to a half empty domestic light beer that’s been sitting in the fridge for a few weeks teetering on the edge of undrinkability.

Beta males would never argue against this motto in front of women and more often than not they will outright support it while choosing to remain ignorant of the fact that it applies to men. People don’t think of men aging like a fine wine because wine generally has a feminine connotation. Further, replacing the word “wine” with “beer” (which has a masculine connotation) makes the saying false because beer does not age well and is almost never referred to as “fine”. Mix that grammatical breakdown with the typical mid thirties woman who, by this point in her life has a well-fed entitlement monkey and a bionic rationalization hamster, it’s no wonder no one has ever publicly challenged this statement or turned it on its head.

“Women are your better half”

This phrase is particularly egregious because your woman is not your better half. She is generally unaware of anything outside of herself, she is more impulsive than you, and she is a slave to her emotions. Hardly the characteristics of a better half and those are just scratching the surface of the ocean of frailties she has. Tragically, the Anglosphere is rampant with men who proudly declare this self deprecating slogan that simultaneously emasculates them and pedestalizes their women.

While women love getting the initial kudos (you go gurrl!!) that come with being labeled “the better half”, they are ill equipped to live up to the title and they know it. Deep down, they’re not looking for an inferior mate. She’s looking for a man whose perceived value is higher than hers. When a man verbally acknowledges that his woman is superior to him in any way, even with a seemingly harmless expression like this one, she loses attraction for him even if his value is higher than hers. Uttering this phrase whether in her presence or not psychologically lowers your worth in her eyes. Say it enough times and her vagina will dry up like the Sahara. You’ll also notice her increasing attachment to her phone (that would be her actively looking for an upgrade—a better half).

How are women better served by endorsing this terminology? This one’s obvious:  Men are physically superior, more intelligent, more logical, take more risks, are better providers, aren’t governed by our emotions (which has proven to be extremely dangerous), and are much better with money. The list goes on but those traits alone show that men are the undisputed better half—especially within the context of a sexual relationship with a woman.

Girls don’t want to be superior to their men. In fact, when the responsibility of leading the relationship falls on them they fold like a bad hand at poker. They simply cannot handle it. If you want a steady diet of hilarity in your life, hang out with a couple whose relationship is lead by the woman. If you’re wearing your red pill glasses you’ll be stifling laughter the entire time.

If women acknowledged their men as their better halves it would psychologically keep them in their place as far as the sexual hierarchy of their union goes. Everybody wins.

“My wife is the boss”

I’ve been in sales for the better part of the last 15 years and I’ve heard every reason under the sun as to why they can’t or won’t buy. I’m ultra competitive by nature so when I don’t get the sale it’s a bit of a blow to my ego. Comes with the territory. But the one objection that frustrates me more than anything is when a man says to me “Well I’ve gotta run this by the boss” referring to his significant other. Some men even flat out tell me they have to get permission from their wives. When I hear this I feel like jamming the red pill down their beta throats, but I digress.

This cliché is similar to the “better half” in that the more you say it, the more life you breathe into it. Remember, women make horrible bosses and if she’s in charge of financial decisions you’re headed for trouble and blue balls. 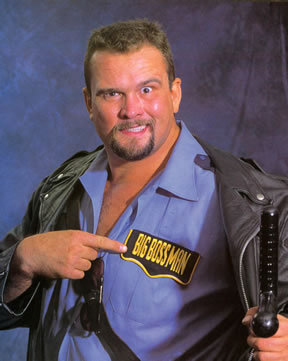 On the other hand, women love being owned by a man. They adore, respect, and love a man who is in charge. Back in my beta days I talked to many girls who loved nothing more than to unabashedly brag about the fact that their man was in complete control. This made them happy and relaxed from relief that the decisions are being made by the real boss.

What has to be done?

There are many more of these ludicrous slogans buried subliminally in the Anglo culture. They all vary depending on the context and medium they’re presented in but each and every one of them has one underlying design and purpose: to advance the feminine initiative while making the needs of men insignificant. Unfortunately women and men alike have bought into the message and it’s crippling relations between the sexes. Men aren’t absolved of blame either—we have to do our part by shaking ourselves free of these pseudo edicts by not fortifying said conjectures with our approval. That would be something worth raising our glasses to.

Read Next: 5 Reasons Why Domesticated Women Are Superior