As I discussed last week, Tinder has been an incredible enabling agent in women’s slutification. Every day that goes by the women of the West become more and more like men. Quicker to have sex, more likely to have multiple partners, and recently—more likely to have multiple partners at the same time. Over the past few years I have noticed a few “tells” girls inadvertently provide which usually mean that you’re not the only one she’s fucking.

A few things to keep in mind:

Finally, realize that women are both incredible liars and manipulators, and sometimes oblivious to everything. So while these may serve as a tell, you can never be certain as they may be intentionally throwing you off or just too caught up in their own worlds to realize they are presenting something as a tell when it really is not.

1. The Phone Is Face Down

I’ve dated some girls casually that whenever the girl has her phone out and she leaves it on the table, the counter, the couch, wherever it may be, it is always face down. Why is she doing this? To hide something. And what would she want to hide from a guy she’s regularly seeing? Probably the screen of her phone showing a text notification from some other guy. The last thing she wants you to see is “Mike Irish Pub” or “Joe Tinder” popping up as a text notification.

2. She Checks, But Does Not Respond To Certain Texts

99% of all girls engage in mindless banter with their other girlfriends via text. They love to text back and forth and if you’ve ever laid in bed next to a girl when she gets a text from one of her girlfriends, they will always respond and quickly, even if it requires no response.

So if she doesn’t respond right away? It’s a guy. This one is a bit trickier as girls usually have many many orbiters and other guys that will incessantly text them even months after one failed date. So take this one with a grain of salt. But as a generality if she continuously gets texts that she checks but does not respond to in front of you, chances are she doesn’t want to respond for a specific reason.

Now I’m not suggesting that you are, or should, go down on a girl every time you have sex… not my style, care or concern. But if she doesn’t let you eat her out and she usually does, it’s because there was a dick in there less than 12 hours ago. Yes sometimes they can just not be in the mood for it, maybe she hasn’t showered or thinks her period is coming. But as conniving as a girl can be, a part of her does stop them from letting their regular guy put his mouth where another man’s dick has just been.

4. Her “Friend” Is Always Without A Gender Specification This one is self-explanatory. If she’s referring to past or future plans with a “friend” and does not say girlfriend or use “she” then it’s a dude. Craftier girls will just say she even if it is a guy but some girls like to hamster themselves by just withholding details as opposed to outright lying. 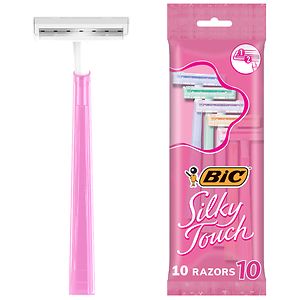 Assuming she does not already keep her vagina shaven and you’ve had sex with her more than once (as the first time maybe she wasn’t expecting sex and wasn’t ready), if she randomly shaves it’s because she is expecting sex with someone else. This is accentuated if the shave occurs on a day she didn’t see you, e.g. she shaved it on Saturday and you are seeing her on Sunday.

Again these are not definitive signs but something you should keep an eye out for. These days you should just assume she is sleeping with others until proven otherwise, which unfortunately is an exercise in futility in itself.