Are Men Just A Bunch Of Misogynistic Gaslighters?

Gaslighting is a term that refers to a situation or relationship in which one person presents false information, distorted views of reality, engages in historical revisionism and, basically, causes the other party to question their sanity and belief in reality. It is a narcissistic pattern of behavior meant to subordinate the other party to the delusions of the gaslighter.

In a healthy world, this term would really not be all that well known, but, we do not live in a healthy society, but a therapeutic one. Guess what ideological group took this psychological phenomenon and ran with it? Yes, feminist are in love with this concept.

Feminists discovered this concept some time back and have thoroughly taken to it. First off, it explains their relationship with self-absorbed alphas, as way too many feminists seem to have some past man who engaged in gaslighting. Second, the articles I reviewed on gaslighting had a highly disproportional levels of women claiming to be ex-Christians. Feminism is a natural extension for these sorts of post-religious folk, as they need radical politics in their youth to paper over their anti-social impulses they dig up as they reject religiosity.

The most famous mainstream article on the subject was posted by a virgin named Yashar Ali, originally on the awful website Current Conscience, then on Puffington Host. As expected, feminists raged against the article, as I recall some dumbass from my law school had a rageful Facebook update about saying men have absolutely nothing to teach women about their lives. Don’t you see? Just by existing, women have this crystal clear view of themselves, society and power. Funny, if that was true, what exactly are feminists debating when they debate?

Ali’s post is the typical mainstream analysis of how society work and how power functions. If you are familiar with my analyses, you already know that if it is in the mainstream media, it is inherently meaningless as the media needs to the remain the decider of false dichotomies while maintaining the therapeutic nature of media to ensure revenues.

Ali fundamentally misunderstands one key and critical fact: male privilege does not exist. He seems to think that men and attributes he seems to think men are inculcated with are superior to ones females are given. Guess he never read the “Myth of Male Power.” The reason this opinion is so pervasive is to, first, divide men and women and provide women an aspirational symbol in their minds. I am sure I am right about that because women will rail against individual men and men collectively among themselves and online, only to never say a damn thing towards men in real life. If they do, they pick easy and weak targets they implicitly now can’t or won’t fight back.

Further, his argument psychologically is that men are clinical narcissists and women are codependents. Generally, that is reversed in society. Women generally fall between clinical narcissism and codependency and, in the end, become compensatory narcissists with beta males. Men make up the majority of codependents and clinical narcissists. Notice how this tracks IQ? Men make up the strong majority of the mentally disabled and the geniuses. What Ali is asking for is for men to completely reorganize their life around codependent qualities. His misdiagnosis is precisely what feminists want from men – worship. If they can’t get that, then they will assume hatred on your part. He thinks that society socializes men to feel superior to women and women to feel inferior to men. He is right women feel inferior to men, but that has nothing to do with men and everything to do with women.

Well, he is partially right. Society socializes women to fear and envy men, treating material possessions, independent incomes and social status directly tied to professional success as superior modes of living over prioritizing relationships, raising children and a life based not on dying for an outside chance of social fame. The trick is that women claim to be taught to value relationships over professional success, but that is their nature coming out. Women aren’t taught to value relationships, but to value advancing through the educational system, starting a “career” and eventually settling for a fellow co-parent.

Ali is complaining that society encourages narcissism in people, but he doesn’t know that. All he knows is what he is taught and that if all the horrid misogyny and gendered behaviors drain away, paradise awaits. He is 100% wrong. The more feminists get, the worse society becomes because new defenses need to be erected to ignore the rage inside of them. Read older feminist works – it becomes obvious that feminists have become far more angry every decade. Magazines dedicated to women? More rageful articles, more articles designed to cause anxiety in women and more articles pitting women against men that end in concluding women are better than men. 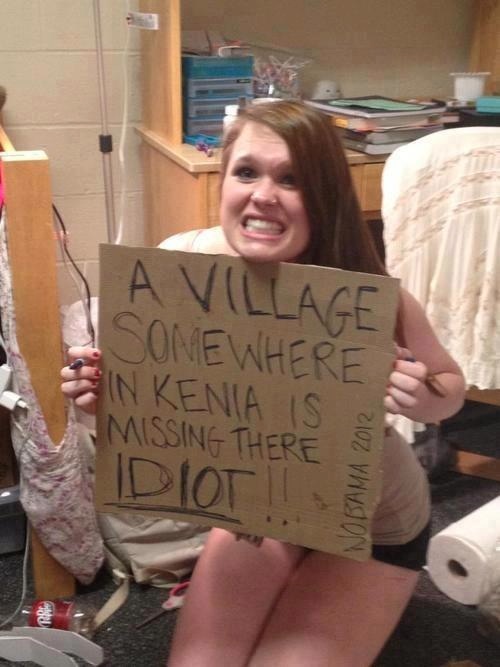 Gaslighting, here, is the idea that men have the audacity to challenge a woman’s view of herself. Women, collectively, are not that aware of who they are or how they come across. When women gaslight each other, that simply is the status-quo and since they haven’t been taught how to think, they ignore it because it makes them supremely uncomfortable, if they even acknowledge it. When men question a woman’s response to X, Y or Z the lightbulb goes off and women know what to blame it on – sexism. While many women don’t utilize the misogyny framework, I can’t recall a woman who didn’t believe that men are sexist against women.

When confronted with a male challenging their identity, women need a defense mechanism to prevent that challenge from puncturing their identity. Accusations of gaslighting is usually based out of a man challenging a woman’s identity. Women’s identities are shaky and not based out of reality, so they need endless amounts of therapeutic messages that bolster their weak identities.

This concept is displayed endlessly on RoK articles that go viral. A common assertion is that RoK is attacking women’s identities and that is not right. That is a curious assertion, as they are admitting women get their identities from media outlets and when media outlets don’t provide the ego massaging they expect, it must be wrong. Notice how the comments immediately accuse RoK writers of being misogynistic. That is a narcissistic defense mechanism to explain our collective lack of worship for the modern female.

Further, when RoK talks about female delusion about reality, gaslighting rhetoric is used, even though I have yet to see that actual term used in the comments. The typical approach is that we are simply falling back on misogynistic, gendered expectations of female behavior – nagging, flighty, hysterical, not serious, etc. The problem is that we are actually discussing what females are actually doing. Since the modern woman has little to no insight as to who she really is, most RoK posts puncture her self-identity and she needs to either explain away our stances as satire, pretend we hate women or that we have issues with our mother. All those tired approaches are simply defenses against true self-awareness.

Simply put, gaslighting rhetoric is female delusion about the reality of their lives. I have not doubt men do gaslight women in reality, but since feminists have swallowed the approach hook, line and sinker, it means gaslighting, to them, is a way to shore their sense of self and pretend all that matters is their conceptualization of themselves. You can see yourself as intelligent or beautiful, but the facts don’t lie. Intelligent people make intelligent comments that others recognize as such. Beautiful people are photogenic, readily recognizable and perceived as such.

Gaslighting rhetoric, for women and feminists, when it is real, is about explaining away male narcissism. When it isn’t real – most of the time – it is about shoring up their sense of self from challenges from men. Unable to properly understand themselves and why they do the things they do, they need defense mechanisms to prevent men from challenging that. Part of this is the desire to avoid any and all submission and women see men as authority figures which should not to be submitted to. When women do submit, it is often as a codependent and then they complain their significant other is either a clinical narcissist or a compensatory narcissist.

At the end of the day, just remember if some woman accuses of you of gaslighting her, remember you just ruptured her self-identity. Depending on what you want from her, proceed from there knowing that. However, if she actually uses that specific term, my advice would be to bail. What feminists and women forget in their gaslighting rhetoric is that you can only reveal who people really are. There is no such thing as destroying somebody’s self-esteem – that can only happen with the consent of the destroyed. If women are admitting they can be broken down with gaslighting approaches, then they are admitting they really are weak, deep down. The play and movie that spawned this term showed this – the female lead was completely open to be manipulated by gaslighting.

People can only influence you with your consent.