James Miller is a political strategist and policy intellectual from New York City. He is the founder and president of the James Miller Foundation.

A story going viral throughout social media over the weekend involves ‘oppression’ against women in Iran. A recent case of a dancing attention whore on social media being arrested for her lascivious behavior has many, even some people on the right, up in arms.

Iran has detained a teenager who made dance videos in her bedroom and then posted them on social media. Maedeh Hojabri, 18, had garnered 60,000 followers before her arrest and her offending Instagram account shut down.

A middlingly attractive Iranian Thot was regularly shaking her tits and ass on camera for attention. Her blasphemous acts raised the attention of Iranian authorities, who are especially sensitive to subversion after many Western-backed coup attempts over the years. They are exceptionally vigilant when it comes to keeping the poz out of their society.

The 19-year-old skank, Maedeh Hojabri wiggled her hips in her videos like a red light district hooker trying to win customers. She showed skin that only should be seen by her husband. She gazed at the camera with the sultry eyes of a pole dancer. Anyone who cares about turning the tide against global degeneracy should applaud this move by the Iranian mullahs.

Since when did acting like a ho make you a "dancer"? https://t.co/GY9HfhOtRP

Sadly, that has not been the reaction from Westerners. Feminism and the sexual liberation of women are the only Western values that remain in this Orwellian hellscape of a society. So-called conservatives look at thottish behavior and jump to defend it, deriding Islam for taking a stance that would also be in line with the writings of the Bible. It probably won’t be long until they are calling for another aggressive war for Israel for this harlot’s honor.

As can be clearly seen above, this thot has the air of feminism about her. Her boyish, masculine haircut downplays her natural attractiveness. Her baggy clothes hide the curves of her physique. She possesses no actual talent as her dancing is stilted and awkward, and she might as well just wear the burka and have a little class rather than dressing like an urban sodomite. Her ghetto aesthetic is offensive to all the senses.

This subversive apostate represents the worst of the Western culture. Attention whoring on social media for instant gratification can quite literally kill a civilization. Because women are rarely actualized human beings and have a difficult time grasping simple logic, they cannot resist the mobile phone apps designed by men to fulfill their base desires. Women will normalize this behavior as soon as they are given an opportunity, and it will spread like a plague unless consequences are enforced.

Rather than having an inner moral compass, the woman takes cues from society. If one woman can get away with brazenly flouting traditional customs, it can poison the well. Women will always get together and encourage their worst modes of behavior. It is the strong arm of the patriarchy that prevents this from happening. Women need the guidance and the strength that a sword-wielding Islamic despot can provide.

This won’t just end at tossing off burkas and guaranteeing basic freedoms for women in Iran. In and of itself, that would not be particularly objectionable, but it is in a woman’s nature to take, take, take until there is nothing left. Once they are empowered with rights they cannot handle and do not deserve, it is only a matter of time before the entirety of the culture is completely desecrated. Mohammad will be replaced with over-the-counter abortion pills. Modesty and submission will be replaced with the Persian equivalent of Oprah and Ellen. These women will still be on their knees five times a day, but not for prayer. 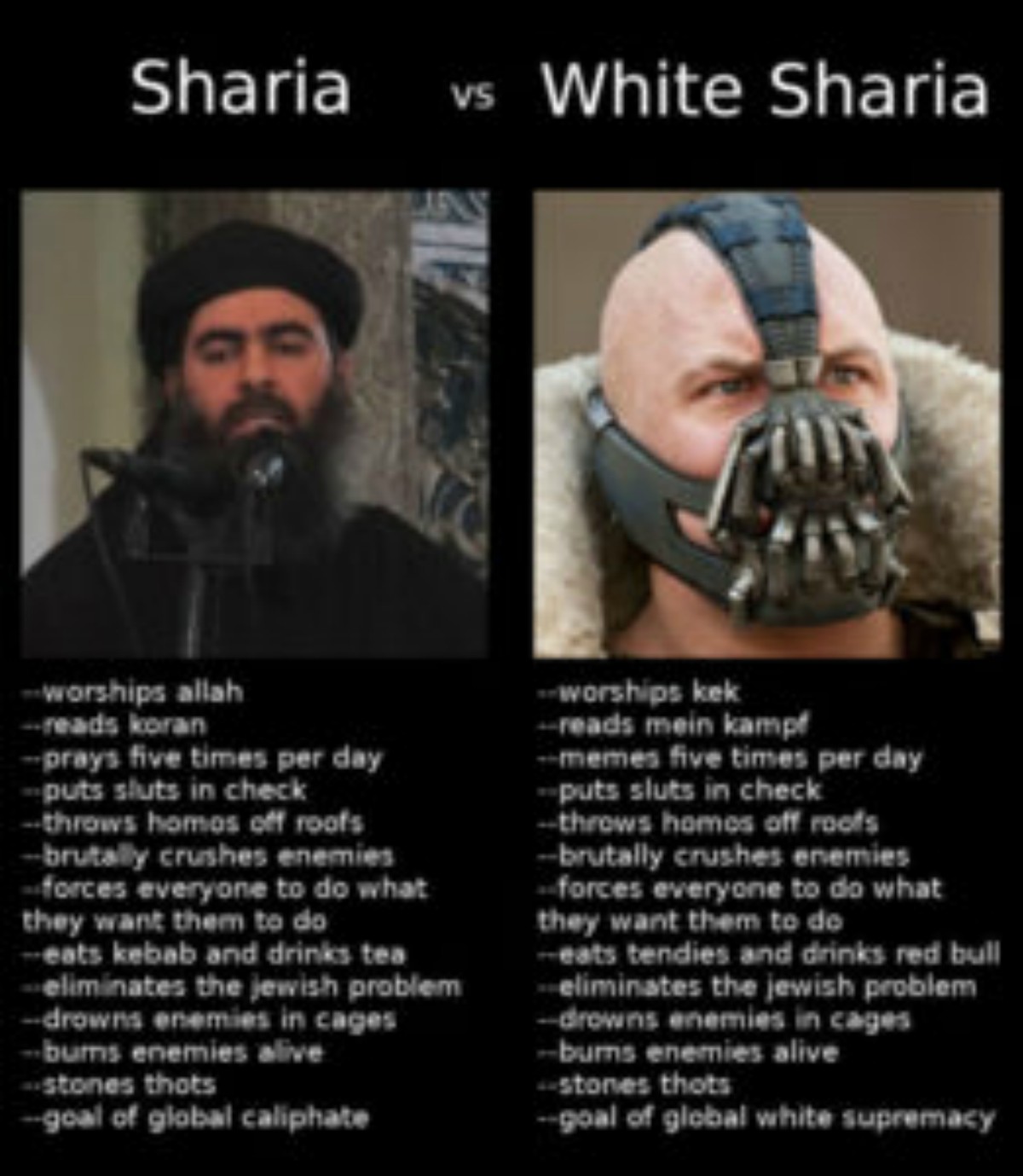 The Iranian mullahs deserve a great deal of credit for their social media crackdown and swift thot patrolling. They are actually conserving their culture against an existential threat. Hojabri should be preparing food, tending to a home, raising a family, and serving her man and her God instead of gyrating her youthful physique to please cock-stroking perverts thousands of miles away.

Only ruthless authoritarianism can hold back the gynocracy before the gendostate can be established. Technology and progress work in our favor toward making femininity obsolete, and thus breaking the hold of feminism and re-subjugating the woman, but authoritarianism is the necessary stopgap in the interim.