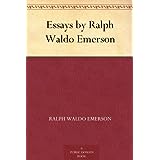 Ralph Waldo Emerson was one of the more famous American philosophers of the 19th century. He strongly influenced Henry David Thoreau, whose Walden took the idea of self-reliance to the literal while making it more accessible for the mainstream.

In the essay Self Reliance, Emerson argues that happiness only comes from laboring on your own projects, not from consuming another man’s creation. Not only do you have to work on your own projects but you have to be in tune to your nature to find out which satisfying projects you should embark upon in the first place. The ultimate goal is to live in a society of one—yourself—by pursuing your own interests and no one else’s.

Insist on yourself; never imitate. Your own gift you can present every moment with the cumulative force of a whole life’s cultivation; but of the adopted talent of another, you have only an extemporaneous, half possession. That which each can do best, none but his Maker can teach him.

The language of this essay was rather dense, more so than Seneca’s essay. However I understood enough to know that this was important wisdom of its day, helping many men discover their purpose in life. It’s a relatively short read: download the PDF here.

He who travels to be amused, or to get somewhat which he does not carry, travels away from himself, and grows old even in youth among old things.