An individual concerned with the multitude of societal ills and environmental woes we all face. Looking to discuss radical solutions in the face of meek religious and political leadership.

Arab governments are growing increasingly concerned with the marital (or lack thereof) trends in their nations. Threatening to change the fabric of their societies, as well as their gene pool.

First is the dramatic rise in the number of unmarried Arab women (spinsters), with such findings in reports:

The highest rank of unmarried women are in Lebanon, where it reaches 86%.

The Gulf states have been rising steadily in recent years, the UAE leads the top ranking by 70%. In Saudi Arabia, the number of unmarried women who are above the age of marriage reached 2 million, which is equivalent to twice the population of Bahrain.

Second is the rise of Arab men marrying foreign brides. As one the article states:

Almost one in three marriages in the first half of the year were to foreigners, according to the Dubai Statistics Centre, up from 26 per cent in 2006.

The Arab nations have obviously recognized the causal relationship between the two trends and some of the driving factors have been identified. Chief among the reasons is the extortionately high dowries required, stretching into the region of six figures. Add expensive wedding costs, with large Arab families on both sides, and you have a personal financial meltdown.

Other reasons included were gender segregation limiting the opportunities for interaction and the difficulties of obtaining permission from the bride’s family. At least some of the reasons are down to the women themselves, who are seeking educated peers and prioritizing their careers and education first.

In response, the Arab nations have taken to outright banning marriage between locals and certain foreign nationalities (i.e. Saudi Arabia). The Emirates has gone one further by stating brides must be Arab and Muslim. Saudi Arabia has also tried to alleviate the dowry problem by imposing limits on the size of said dowries.

Unsurprisingly these measures have not succeeded in fully reversing either of these trends (given that they are blanket punitive knee-jerk responses). That is because they fail to grasp the true reasons behind these issues; which are extremely familiar to the West,

Marriage is essentially a supply-demand transaction. There are only a certain number of desirable suitors (supply) when limiting them down to the key specifications (demand). The demands of Arab women are for a rich, well-earning Arab Muslim man from a good background (and great physicality). But aside from sharing religion and ethnicity, Arab women do not offer what Arab Muslim men want.

Arab countries are among the most obese in the world. Whilst the viewed ideal weight varies across history and county; in the Arab world it most certainly isn’t size 16. Obesity is a disease, and most rational people desire physically-fit partners to ensure healthy offspring. To be crude, larger women are far less sexually-able than their thinner superiors. They are far too heavy and inflexible for enjoyable coitus positions and penetration is hampered by the thick layers of adipose tissue. Just like in the West, harpooning land whales is unfulfilling and deeply humiliating.

Notice the grin on the right image.

Maid in the Gulf

As a result of migrant domestic workers, Arab women have next to no household skills. Cooking, sewing, and cleaning are useful skills which they cannot boast. Instead they idly lay about, expecting the housekeeper (paid by the man) to do the simplest tasks. Men on some deep psychological level are driven to compare women to their own mothers. If modern Arab women are fatter and less skilled than their predecessors than Arab men will inevitably seek skilled foreigners as alternatives. 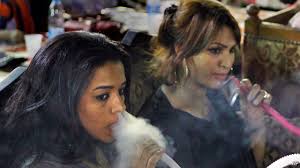 Capitalist consumerism is an unspoken factor in this predicament. Nowadays women have more interest in material consumption that it distorts their world view. Arab women seek self-gratification by buying the most expensive clothes, jewelry and gadgets. This leads to selfish narcissistic mindset that disallows empathy and relationship building. Such women will never have genuine connections with men, and will ultimately exploit them to fund their extravagant lifestyles.

She can do better

Of course we cannot ignore the feminist empowerment/hypergamy paradox. Women are naturally driven to seek more successful men, however Arab women are sometime more educated and wealthy than their male counterparts. This leads to many women competing for a very small pool of eligible men. Even worse considering that men do not value a woman’s salary or education compared to her age, beauty, and personality. So it is no wonder a spinster trend emerges when women are woefully unrealistic in their expectations and refuse to face facts.

In their frustration with their own women, Arab men have vented on social media that these women can remain childless and unmarried. They refuse to wait till they can afford the dowry or win permission and simply choose foreign brides en masse. Marrying a foreign woman means Arab men are liberated from the oppressive chains of tradition and having to answer to in-laws. The women can be much younger and given the cultural practices of child marriage, this is a great boon.

So for all the praise of Islam’s strong patriarchal values and conservative attitudes to women, they have been corrupted all the same by feminism and capitalist consumerism. Proving that culture and religion are no match for these insidious movements. The situation will not change unless the women themselves are willing to. Given the attempts to “redefine” spinsterhood into self-deluded female empowerment, this seems highly unlikely.

Arab governments (and the first world) can create as many ineffective controls that they want, but they will inevitably fail unless they temper native women’s expectations and make them desirable once more.

Read Next: The Male To Female Ratio In Society Is Too High