In my recent article on the movie “The Bachelors”, one of the comments (@Skeptic) suggested to provide an article for the TV series Counterpart. After watching the first season, I can attest that it does deserve its own article.

Howard Silk, brilliantly played by JK Simmons, is a low level employee of an obscure UN agency in Berlin. His job has no meaning, as he sits in a “prison like” room which is divided by glass wall, and exchanges codes with the other side of the glass (“Interface Section”). If that sounds dull, you are right.

Howard has no friends, apart from one person he plays GO with (and always looses). His wife is in a coma after being hit by a car, and we learn that he still has a deep attachment for her.

“Our” Silk. Face down, shoulders down, no strength or confidence. Beta

The plot starts when the director of “Strategy Division,” Peter Quayle, denies him a promotion to his division (Howard has been working the same position for almost 30 years), but the following day he is brought in to meet his counterpart, another Howard Silk from a parallel universe. His “counterpart” requires him to join in a man-hunt, which later becomes a conspiracy to hurt “our” world. “Other” Silk. Note the smirk and confidence. Alpha

“Alpha” and “Beta” by JK Simmons

If Simmons is played well by the grieving father, which was more beta, this time he gets a chance to play both. Imagine an old beta male – weak character, no promotion, virtually no friends (Silk states that “I had my wife and did not need anyone else”). We later learn (spoiler) that his wife was cheating on him, regularly, but he still loved her. I know, I was sick too watching those bits.

To contrast that, the “other” Silk, is a field agent, high ranking and with the highest classification. He has a network of people who rely on him and will do dangerous deeds for him. It is implied that he has slept around, also has a daughter, and gets his way time and time again. The only thing you don’t see in this series is Simmons gaming a girl and bedding her.

Being “alpha” has a price. The other Silk has no attachments, his daughter is estranged and one can actually see that he does miss human ties (to some extent). But that is nothing compared to our Silk’s miserable existence of no sex and having no life. 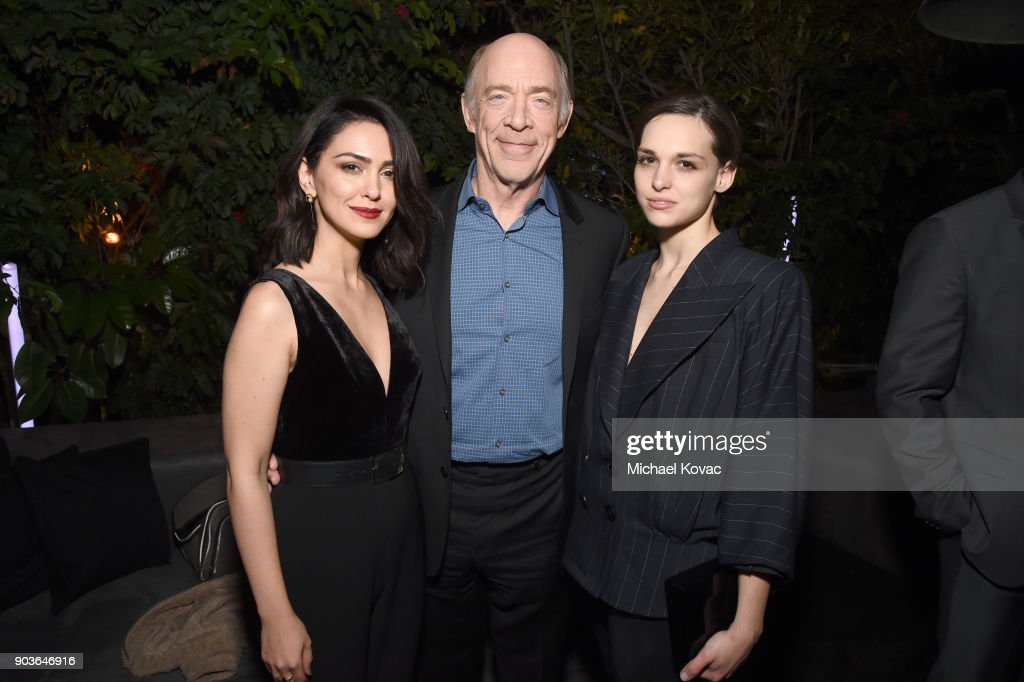 JK Simmons with 2 of the hotter actresses. Nice smirk, and no hover hand

How does a “beta” becomes an “alpha”?

Imagine you are a “beta” and now you have to play the role of an “alpha”. What would happen? The answer is “You need to grow a pair”.

Our Silk needs to replace the other Silk in the parallel universe. He is at first awkward, and some of the people spot him. The thing is, as the series progresses, he becomes more confident. One of the other agents tells him near the end of Season 1: “I don’t see the difference between you two”. Our Silk even kills a powerful man, and this after he clearly detest using force.

Our Silk doesn’t like becoming an alpha. He resents becoming like his counterpart, and tries his best to show the other Silk how he is much better than him. He’s a classic beta trying to occupy the moral high-ground and downplay the alpha.

I know that recommending watching TV is against the general trend of ROK articles (examples 1,2 and 3) . However, I want to make an exception in this case. Counterpart is a good show, even if it has its own blue pill moments (a girl kicking boys’s ass). The idea that you may become alpha by mere coincidence rings a bell on us who have taken the red pill.

You are never too old for self improvement

Simmons’s character gracefully portrays the two types of mid 50s beta and alpha. There are prices to pay if you want to become one. The show also highlight our own take—you are never to old for the red pill or self-improvement. Even if it is a case of “I had to”.

Read Next: Alpha Fux Beta Bux Even Held True In The Times Of Ancient Greece