Martin Shkreli Got 7 Years’ Jail For Taking $7 Million, Elizabeth Holmes Will Get None For Swindling $700 Million

Fraudster and STEM “It Girl” Elizabeth Holmes has settled a lawsuit with the US Securities and Exchange Commission (SEC) for a measly $500,000. This is despite the SEC stating that Holmes lied and otherwise deceived investors to the tune of $700 million, engaging in “massive fraud.” Her company, Theranos, promised to revolutionize the blood-testing industry, yet produced continuously faulty “medical” equipment and failed to respect legally required healthcare and laboratory standards. ROK has reported on this debacle over several years already.

Funnily enough, pharmaceutical executive and all-round shitlord Martin Shkreli, despised by leftists everywhere, was jailed for seven years this month. A court ruled that Shkreli fraudulently obtained $7 million through his hedge fund activities. It’s difficult to see why Elizabeth Holmes should not be in jail, too, and serving a much, much longer sentence than seven years.

ROK proprietor Roosh, who has followed the Holmes and Theranos saga closely as well, hit the nail on the head recently:

Martin Shkreli got 7 years in prison for a $7 million fraud. This means Elizabeth Holmes she will get at least 700 years (lifetime sentence) for her $700 million fraud. American justice is gender blind! https://t.co/Mhb96lPSg2 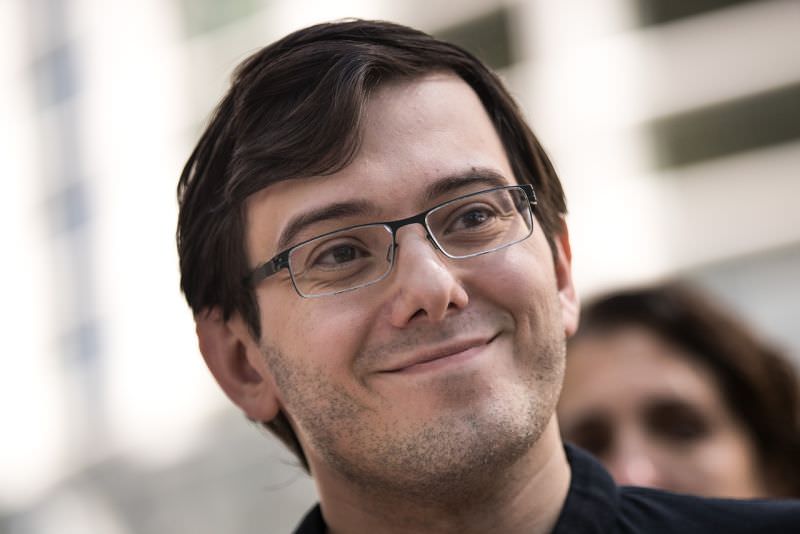 How many people responsible for helping to screw up the mortgage industry before the Global Financial Crisis (GFC) are in jail? Virtually none, yet Martin Shkreli is in a cell right now.

Federal prosecutors can still file criminal charges against Elizabeth Holmes but, alas, we know the likelihood of that happening is infinitesimally small. The powers that be, whether in Silicon Valley or in SJW-stacked government agencies like the National Labor Relations Board (NLRB), are demanding that companies have more women in STEM, no matter what the cost. Jailing Elizabeth Holmes would be a very bad look for “girl power.”

How is this woman not in prison? 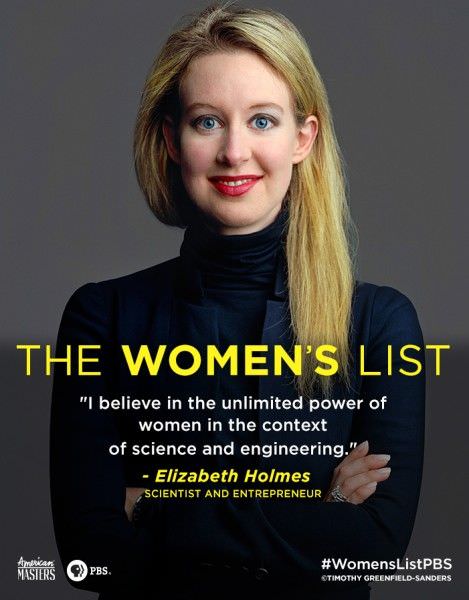 Bloomberg, which regularly publishes editorials most readers of this website would equate with leftist garbage, nevertheless didn’t mince its words regarding Elizabeth Holmes’ fraud:

The lawsuit and settlement announced Wednesday by the U.S. Securities and Exchange Commission detailed how Holmes and her chief deputy lied for years about their technology, snookered the media, and used the publicity to get investors to hand more than $700 million to keep the closely held company afloat.

Given her relatively young age and the smaller amount of time she has spent in investor circles, her deceit is in Bernie Madoff territory. Madoff took decades to rip $65 billion from his clients; in only several years, Elizabeth Holmes effectively pilfered $700 million from misled individuals. 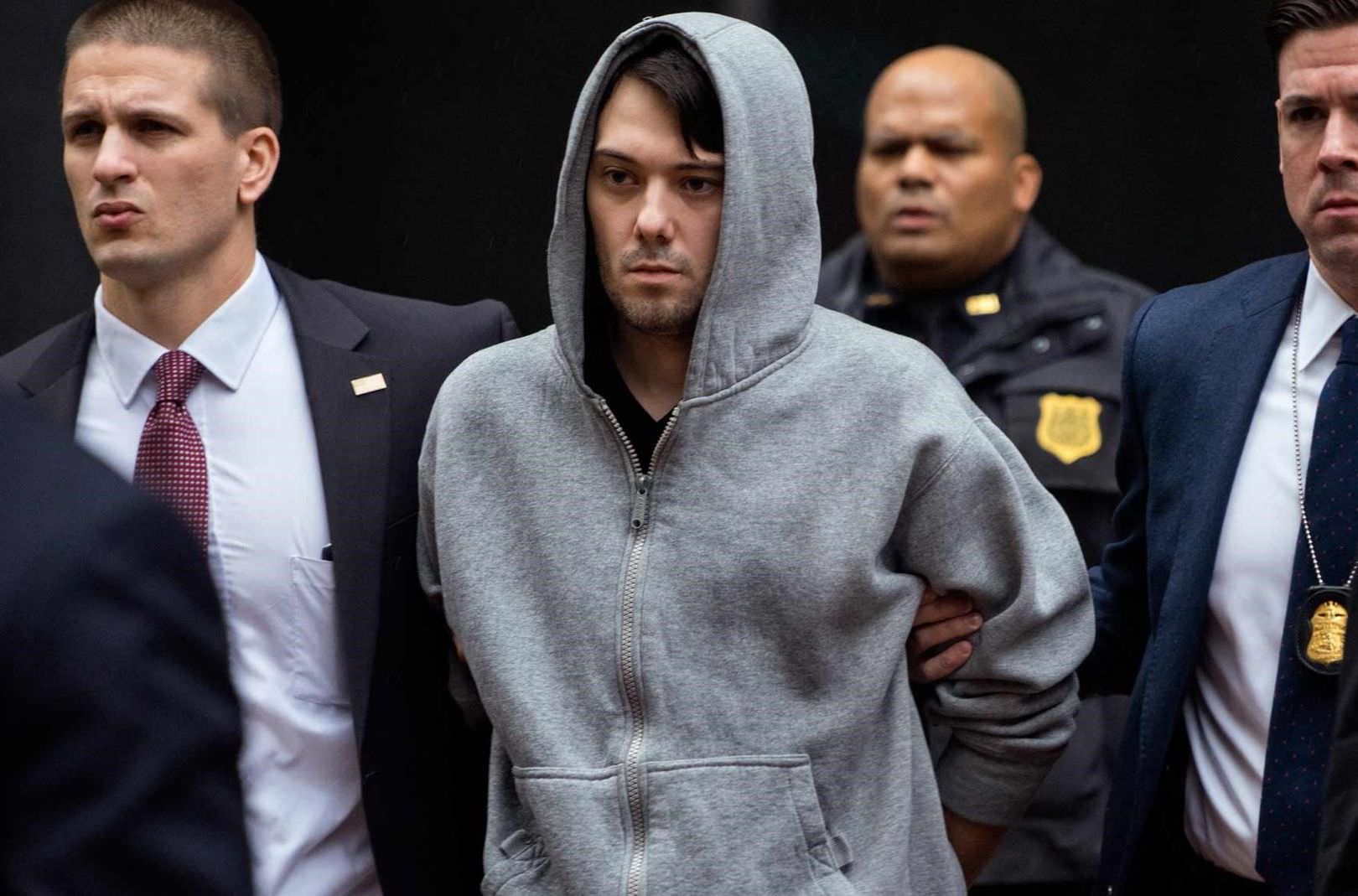 Only a tiny minority of people understand the reasons for which Martin Shkreli was jailed. They’re only focused on how he increased the price of a drug in accordance with the law.

I wouldn’t wish HIV/AIDS on anyone, but let’s not forget that Martin Shkreli’s biggest “crime” was to jack up the price of a drug that is mostly of use to gay men with HIV/AIDS. That the move was legal meant nothing to seemingly anyone criticizing him. Unlike Elizabeth Holmes and her furtherance of the women in STEM agenda, the decision for a price rise was politically incorrect.

Martin Shkreli is nothing but a surrogate for the hatred people feel toward pharmaceutical companies in general. He is far from the first person or corporation to chase astronomical profit ratios. Many run-of-the-mill cancer treatments, for example, are developed and produced very cheaply before extremely high prices are set.

Few people have any real knowledge of the hedge fund issues which landed Martin Shkreli in a prison cell. What incites most of his detractors is that he (rather legally) pissed off gays and leftists. I have seen almost no discussion of the real merits of Shkreli’s prison sentence. Instead, the internet abounds with schadenfreude about how a man who increased the cost of a HIV/AIDS drug thoroughly deserved to be incarcerated.

Where are all the media hacks who propped this woman and her massive fraud up? The same dumbasses who have flogged, ad nauseam, the dead horse of the “Russia investigation” and its absurd claims that Moscow stole the 2016 Presidential election for Donald Trump are responsible for glorifying the proven fraudster Elizabeth Holmes. Every outlet from CNN and The Huffington Post through publicly-funded broadcasters like PBS and NPR have waxed lyrical about Holmes’ “genius” and/or sought to pour water on the well-founded concerns she was operating a fraud factory.

Without leftist journalists obsessed with women in STEM, there would have been no crazy hype about Elizabeth Holmes, her company, and her childish predilection with mimicking the fashion choices of Steve Jobs. Insouciant liars for major media outlets gladly applauded Theranos without conducting any due diligence whatsoever. They did not scrutinize Holmes’ business claims and, more importantly, they did not investigate even close to properly when it became clear that her purported “technologies” had scam written all over them.

Elizabeth Holmes should be in jail, much more so than Martin Shkreli. But the pussy pass brigade just won’t have that and she’ll remain a free woman.

Read More: Silicon Valley Darling Elizabeth Holmes Goes From A Net Worth Of $4.5 Billion To Zero