A narcissistic German SJW has admitted to a Polish website that she was foolish for thinking she and her associates could civilize many of the more than one million migrants and fake refugees who came to Germany from 2015 onwards (English translation here). After reading her interview in both English and Polish one gets the feeling that she herself would like to get up and leave if given the chance. Typical. 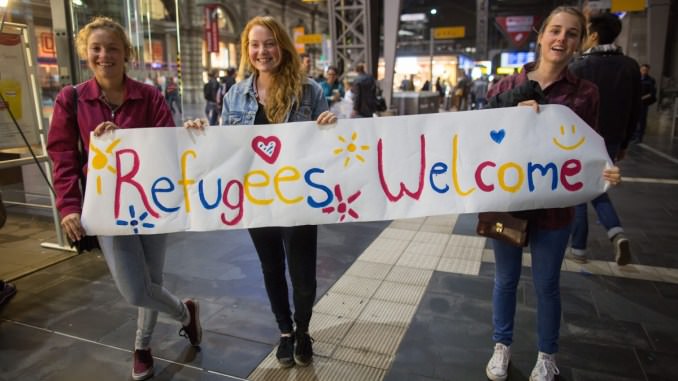 How many of these girls were raped and/or murdered six months later?

Violent attacks in Germany began to accelerate phenomenally after 2015, in large part due to the Beatles-style mania young SJWs, most of them female, have shown towards foreign intruders. Rebecca Sommer was one of the leaders of this schoolgirl stupidity and enthusiasm, which drowned out many of the atrocities the “guests” were committing against ethnic Germans.

Fittingly, in one of Germany’s most populous and richest states, Niedersachsen, the vast majority of the increase in crime has been attributed to new male migrants and “refugees.” The most recent wave constitutes just over 1% of Germany’s residents but is driving 90% of the expansion in illegal activity! …I had to admit to myself that when it comes to Muslim refugees, they have grown up with completely different values, into which they have been brainwashed and are indoctrinated by Islam, and have no intention of adopting our values — worse, they look at us, unbelievers with superiority and arrogance. And we’re sure so many new arrivals from the Middle East will welcome this transgender person.

Either Rebecca Sommer should help clean up the mess she has contributed to or she should be laughed at and mocked for the rest of her life. Hilariously, in the interview she mentioned how the very same foreign men she was dedicating her time to helping repeatedly called her a “whore.” So much for gratitude!

Much like European colonists between the 15th and 19th centuries, Sommer presumed that she could simply assist in grafting Western culture onto non-Westerners (how “white supremacist” of her!). Except this time the transformation would be internal, within Germany, rather than occurring externally in the New World, and the “Western values” transplanted would be the leftist precepts of total, moronic tolerance. As anyone with half a brain could have foreseen, the migrants spat out what Sommer and others were trying to spoon-feed them and insisted that their culture is the more dominant, masculine one (as it indeed is).

No doubt exists that Rebecca Sommer will never be a part of ameliorating or solving the problem, so she should just retire from being a “rights activist,” along with her fellow travelers. The only rights she has successfully furthered have been the Angela Merkel and EU-mandated “rights” of many Germans and Europeans more generally to live in perpetual fear of crime and suffer increasing social, political, and cultural erosion in their own countries. Similar things can be said about other people who spearheaded the braindead campaigns to welcome ill-suited new arrivals into Germany.

Some SJWs are beginning to think the end is nigh 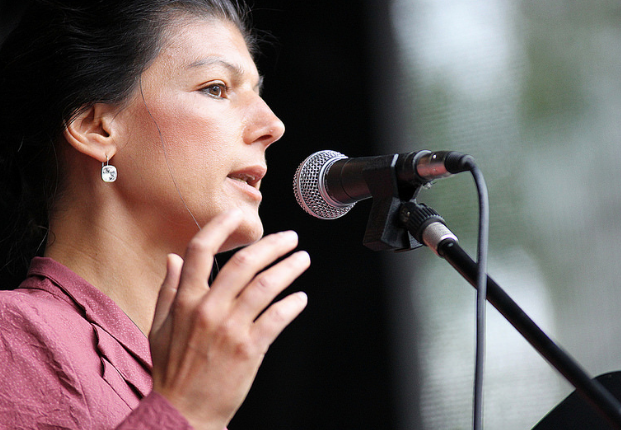 Sahra Wagenknecht has espoused some putrid policies over the years, but she’s starting to see the writing on the wall.

“If we don’t wake up quickly, the whole situation will end tragically.” These are the words of Sommer in assessing where Germany’s present course is likely to take it. She is not alone, as the ideological successor to East Germany’s communists, Die Linke (“The Left”), has already shifted on immigration, albeit not nearly enough. One of its leaders, Sahra Wagenkneckt, was even physically attacked for criticizing the open borders madness. Nevertheless, she and others should be doing a whole lot more to rectify the situation. For a start, they could get completely out of the way of the parties trying to really make a difference, like Alternative für Deutschland (AfD).

Just as Rebecca Sommer explains in her interview, the media and social media networks are engaged in wholesale suppression of dissenting views on immigration. In fact, to call these views dissenting is perverse. They represent the majority opinion of the German people, who are fed up with political correctness and see every major party participating in it. But can they stop it and save their country? Only time will tell.