10 Reasons You Should Not Date A Girl From Canada

It has been four months now since I have returned to Western Canada from Europe to sort myself out. Unfortunately, I am still stuck here for a little while longer. Although I am beginning to see a light at the end of the tunnel, a man must always feast before his flight.

Of these 100 girls, 20 of them returned a message. Most stopped talking to me quite quickly, but I ended up confirming four dates at various bars for the next evening. As expected, three of the four girls never showed up or even texted to apologize. 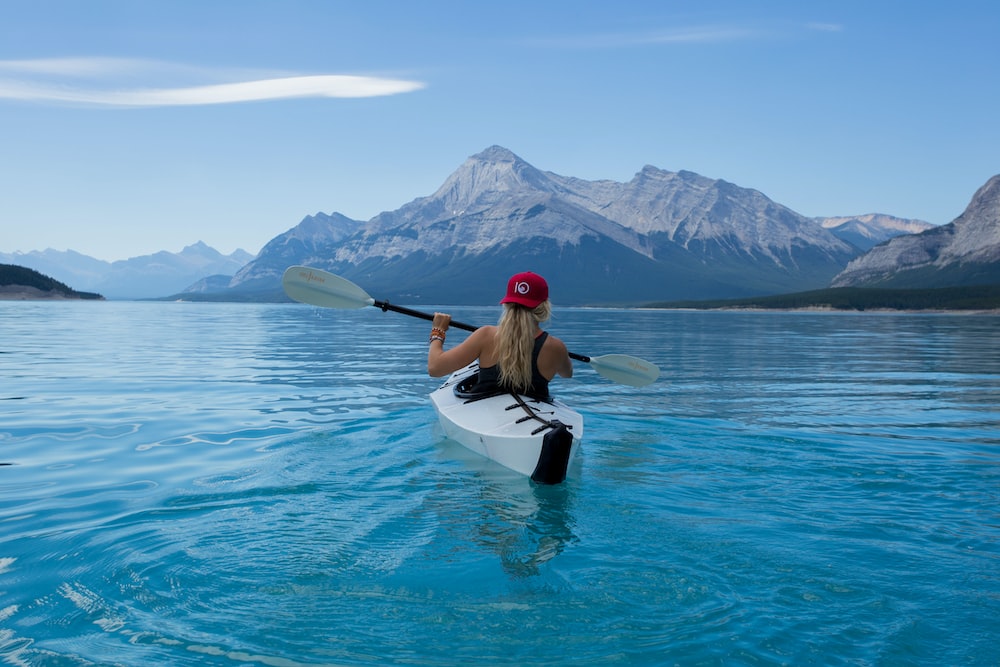 Here are ten reasons why you should never date a Canadian girl.

Women from Canada suffer from chronic mental illness; they have abnormally high rates of mood and anxiety disorders. According to the Center for Addiction and Mental Health, Canada’s leading mental illness hospital, 50% of all Canadians experience mental illness by the time they turn 40, with 70% of its onset occurring before the age of 24. This means that most Canadian girls worth dating suffer from serious mental illness.

If you want to avoid a death sentence, don’t date a girl from Canada. You have just slightly better odds playing Russian Roulette. From personal experience, my last three long-term relationships—prior to moving abroad in search of real, feminine women—were with girls who regularly cut themselves and complained about how their lives were going nowhere.

Unmarried women with no children are the most unhappy demographic in North America, but women from Western Canada in particular hate themselves more than most. Save yourself the trouble.

2. She’s “spiritual” but not religious

Although most women from Canada claim some degree of religious affiliation, the percentage of girls who identify with any one of the world’s major traditional religions, such as Catholicism, Islam, and other Christian denominations, is in steady decline. Furthermore, religious attendance is low, with less than one in five (19% of) women between the ages of 18 and 29 attending a religious service more than once per month, which is down by almost 50% compared to just 30 years ago.

As if to add insult to injury, there has been a recent comedic increase in “spirituality”. Despite consistent declines in standard religiosity, “Spiritcthuality” found favor with 42% of Canadian women when polled in 2008. Despite the coincidental unavailability of more recent data, is it clear that if current trends continue there will be no more religious women, and certainly no more potential virginal brides in Canada by the year 2040.

As ever, [religion] is not going away, but simply metamorphosing—this time into a brilliantly colored, veiled nun in whiteface, glam makeup, and towering platform boots, carrying a purse full of safer-sex supplies. What could be more fabulous—or more religious?

The bottom line is this. The only place you’ll find religious girls in Canada, let alone in North America, will be within what Melissa M. Wilcox, Associate Professor of Religion and Gender Studies, Whitman College, Walla Walla, Washington, and one-time contributor to the famous MuffPost extolls as the imminent explosion of “post-secular queer spiritual spaces”—a bona fide safe space for “spiritual sluts.”

I have a better idea. How about a one-way trip to the Church of Euthanasia?

3. She’s addicted to her phone

There is no shortage of harlots and digital soft prostitution on social media these days. Canada is certainly no exception. From Daddy’s Girls gone wild to #Wanderlusting Portapotties, Instagram is without a doubt the 8th Zoological Wonder of the World. Between taking selfies at the gym and uploading photos of her every meal, dating Canadian girls means constantly swatting a phone out of their hands and that quickly becomes annoying.

4. She’s likely been to Dubai

If she is moderately attractive, has fake tits, and at least a few thousand authentic followers on social media, chances are she’s either been to Dubai or she’s planning on going in the very near future. That means she has or will be used as another man’s toilet. A friend of mine recently found out that the girl he had been “seeing” for the past several months was secretly a stripper. He was indignant, and rightfully so. Yet she insisted that he “be a man” and that he accept her life choices without so much as a nod of disapproval. Between pole dancing and sugaring for older men, her social psychology degree was surely not going to pay for itself!

6. She’s some kind of man-hating feminist

I’ve lost count of how many times I’ve seen a picture of Big Red on Return of Kings, but I just couldn’t leave her out seeing as this is an article about Canadian girls. Regardless, the average Canadian girl is not far from the mark.

Dating a feminist means you must resign to the fact that her hair will often change color, that her dead-end career as a human resources manager at some useless affirmative action wing of your local municipality will take precedence over your sex life, and that when you inevitably attend those vapid couples soirees where all anyone ever talks about is how they’re experimenting with polyamory and the latest variable rate mortgage they found online, you better be okay when sharing her with Tyrone later that evening, you closed minded bigot.

Hot, right? I mean, I suppose it is if you’re interested in penis. The Forum Research poll, a survey commissioned by the National Post, found that 5% of Canadians identify as lesbian, gay, bisexual or transgender. Although there are no hard data for the number of people who currently identify specifically as transgender in Canada, it is possible that this information will become available when Statistics Canada publishes its next census, which is scheduled to come out in 2021.

I can only imagine that this number will continue to grow each year, especially since almost 3 million Canadian men and women meet the official criteria for having at least one mental illness. What percentage of them are slated to become women, and vice versa?

8. She has a sexually transmitted infection and she’s proud of it “Everyone has HPV these days,” she said as she leaned in for me to kiss her, her crusty lips encroaching like the ancient seas that swallowed up so much of the land of my forebears.

I playfully rejected her advance and quickly changed subjects. I then waited for her to go to the restroom and slipped quietly away into the night. I thought it fitting she pay for our $100 bottle of Cabernet Franc given that for my salary bracket I already contribute $187.50 to Medicare each month. Assuming correctly as I did that she was in the lower bracket, the difference between her bill and what I pay in healthcare coverage for her monthly Valtrex prescription means that even though she paid for the wine I only came out even on the date.

I’m a staunch proponent of over-committing to potential dates, and not just on Tinder. Unless you earn well into six figures, are the local celebrity chef of your city’s artisan cupcake bakery and to top it off, a six-packed Superchad from the Planet Masculon, you better set up four or five dates for the same night if you want to go on even one of them.

Recent personal experience has confirmed that you can expect up to 80% of Canadian girls to flake on impending dates, sometimes just an hour before, despite the fact that you’ve already established a specific time and venue. The company of a fun hooker from Prague has always been far more pleasant than taking an equally hot Canadian girl out on a date. Unfortunately, the legal status and risks of prostitution in Canada impose an additional cost on men, who must exert considerable effort sorting between veritable whores and worthwhile relationship material. Well there you have it. Canadian girls are mentally ill sociopaths who expect to be treated like princesses despite a tendency to spread their legs for the first guy who buys them an expensive bottle of bubbly. Don’t get me wrong. Canadian Girls, especially from the west coast, can be quite attractive. They’re some of the slimmest in Canada, and while they put out early and often, they’re batshit crazy, making them totally worthless as mothers and homemakers for the long haul. If you live in Canada, do yourself a favor and shack up with a girl who is not a total cultural blank.

Want to max your testosterone and improve your cardiovascular health? Check out Selo Oils, my extra virgin olive oil business. For stories from my ancestral village, check out my blog.

Read Next: How To Get Laid In Toronto