When the American political scientist Francis Fukuyama, primarily famous for his partly misguided “end of history” theory (the idea that free market capitalism and liberal democracy will dominate the entire world in the not too distant future), took his next step as an intellectual, he wrote Our Posthuman Future: Consequences of the Biotechnology Revolution.

One and a half decade later, and one of the least liberal-democratic countries on earth, Saudi Arabia, has made an eerie human-like robot, similar to one of the artificial creatures in last year’s Blade Runner 2049, into a citizen of its Salafi-based kingdom.

Like its regional neighbor, the United Arab Emirates, Saudi Arabia mixes its Wahhabi-Islamic doctrine with lavish Western consumerism and technological fetishism. The Saudi oligarchs, with billions of dollar from oil revenues in their bank accounts, compete with the Chinese and Americans in a neverending dick-measuring futuristic sci-tech contest. Authoritarian regimes have the advantage that they don’t need any kind of democratic approval from the public, unlike the US.

In this case, that implies that if Saudi royalties are not keen on shitting on Instawhores for the moment, they can just go on with the latest AI project, or steal the ideas from the West or China in that respect.

The humanoid robot Sophia was created by the Hong Kong-based Hanson Robotics, which has ties to AI developers, including Google’s parent company Alphabet. Thus “she” may be regarded as much of a Western as a Chinese product.

Sophia made her introduction in 2015, at the South by Southwest conferences in Austin, Texas. Since then the feminine robot has made her deserve her name (Sophia = wisdom) in various TV-broadcasted interviews. Reporters and the audiences have been impressed by her sharp answers, and indeed she appears more intelligent than the average Western female, if that even say something these days.

If genetic engineering and other forms of complex systems science become too advanced, that would seriously challenge our ideas of what a human being is and what individual rights mean. Will they become obsolete? Or would the elites still draw a sharp line between real humans and mere human-akin phenomena? Will SJWs fight for robotic women vis-a-vis toxic masculine males? Will the robot be stoned if she does something that her Saudi masters have not approved of? Will Saudi men replace one of their wives with a slender femmachine? And if I were an Instagram celeb I would seriously consider to change career direction any time soon.

I don’t have any definite answers to these questions for the time being, but it is a bit unexpected that Saudi Arabia of all rich countries have made this kind of move. Still it should be seen in the light of the recent promise made by Prince Mohammed bin Salman, who asserted that Saudi Arabia will become more modern and moderate and steer away from Wahhabism.

Perhaps giving women the right do drive, a change that will take effect in June 2018, was just a tiny step in an accelerating liberal direction, which implies that the economic power and all the toys that it grants the rich are always more important than obsolete cultural models. Making Sophia into a “citizen” is indeed a more peculiar such. 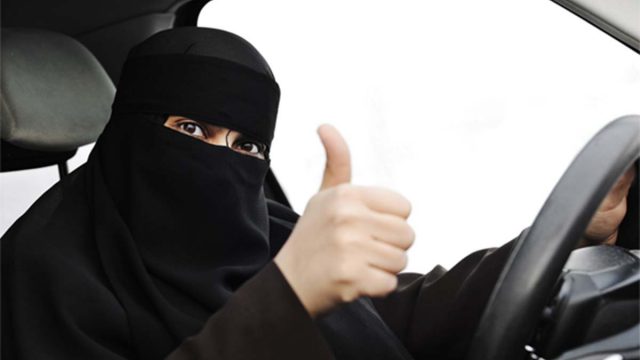 Instead of focusing on conflicts and polarization, the clash of civilizations theory that Samuel Huntington suggested back in 1996 dictates that we’ll see a process of homogenization. All of the world’s regional powers are not necessarily friends, but they are often cooperating competitors more than enemies.

If Washington, Beijing, and Riyadh can benefit from advanced technology, that can simultaneously entertain themselves and hypnotize the masses in a high-tech future, they will less likely start a war with each other. Granting a citizenship to a robot might be a symbolic indicator of the route to such a future. A more dystopic development would be if the AI robots could actually start to out-smart the elites or be used in advanced technological warfare.

We live in interesting times, to paraphrase the ominous expression.