The German arm of the Red Cross, an organization designed to deal with the aftermath of wars and famines in Africa, is currently needed to protect women in Berlin. Female-only “safe zones” were erected in Germany’s capital for New Year’s Eve celebrations, particularly in and around the world-renowned Brandenburg Gate.

Of course, the move has been presented as a means of keeping women safe from “all” men in the terrible white patriarchy of modern Western Europe. The ever-growing elephant in the room, Germany’s rampant rape culture amongst migrants and fake refugees, was not addressed when these plans were publicized. What a surprise! Remember when the Red Cross used to focus on starving kids in Africa?

What happened to the Red Cross making the news for its activities in war-torn failed states or when responding to the plight of millions in the Third World at risk of starvation? Well, cultural enrichment through open borders migration into Europe came along.

One third of the prisoners in German jails are “foreign,” a group that is overwhelmingly Arab, North African, or African and usually taken from pre-2015 arrivals. The non-German percentage of incarcerated felons is actually much higher when non-ethnic Germans without foreign citizenships are counted. Red Cross workers will be more busy still when the newer waves of migrants since 2015 start interacting with the criminal justice system.

One of my colleagues recently wrote about Sweden’s similarly lopsided rape culture; a monumental 82% of rapes there are committed by migrants. Not even the criminalization of harmless male behavior, like consensual sex with prostitutes, and other draconian legal redefinitions have been able to increase the proportion of ethnic Swedes engaged in “sex crimes.” Rather, migrants are well and truly punching above their weight in this regard.

It is hard to decide what is worse–Swedish police refusing to police in certain migrant-dominated urban areas or a disaster relief organization having to save German women from Angela Merkel’s violent guests, including right in the center of Berlin’s principal tourist precinct.

Can Berlin’s (or Europe’s) police do anything about this? 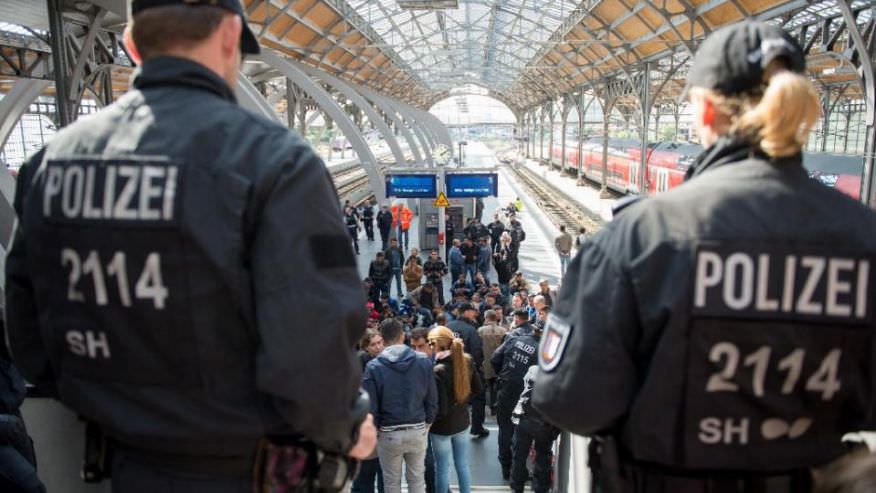 They can’t do anything, nor should we necessarily blame them.

Police in Cologne, which is part of the more conservative German state of Nordrhein-Westfalen, were exposed for their powerlessness in the face of the infamous migrant sex attacks there two years ago. Operational readiness and political will in Berlin and other more pozzed German cities are worse. Arab organized crime members are said to have infiltrated both Berlin law enforcement and other agencies of its city-state government. To say the situation is parlous is an understatement.

Alexanderplatz, another area of central Berlin that was once safe (and where I enjoyed many fine times myself), is now a cesspool for crime, even according to the perennially leftist state broadcaster Deutsche Welle. Drugs are bought and sold in the open and with impunity, mostly by minorities, with police far too apprehensive about exercising their responsibilities to serve and protect. Perhaps understandably, officers are more scared of the criminals than the reverse, all while lacking the support of politicians who have the luxury of armed bodyguards to help them forget about Germany’s exploding levels of crime.

Bear in mind that this is the capital city of Europe’s most powerful country. Smaller, especially Slavic countries may be more nationalistic, but it’s a sign of an intense social and political sickness that the continent’s wealthiest society has been brought to its knees. Merely being a female member of a crowd in Germany necessitates a charity keeping you safe from migrant sexual abuse.

Nothing will change until the real problem is addressed 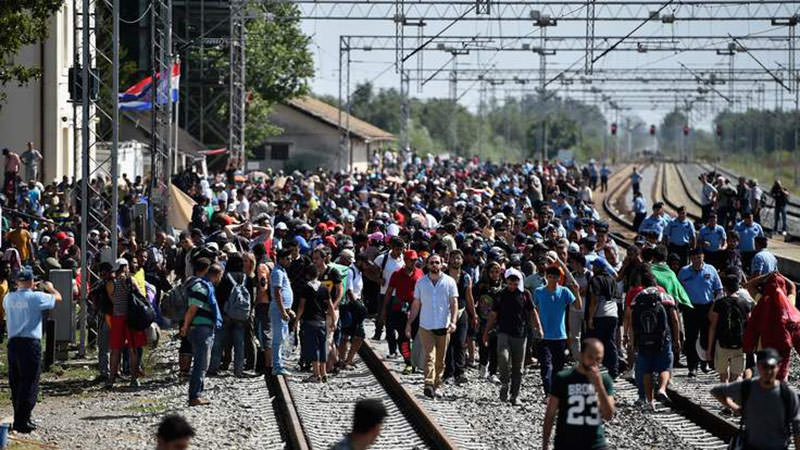 With authorities already “teaching” mollycoddled migrants how not to rape, a demand for personal responsibility and an acknowledgment of statistical realities are clearly not going to characterize official responses to soaring foreign crime rates in Germany. And if charities like the Red Cross are becoming involved with warding off criminals because police are overwhelmed and/or reluctant to help, regular European citizens are unfortunately going to have to protect themselves.

I am sure we can all look forward to many New Year’s Eve celebrations in Germany and elsewhere where the Red Cross and comparable organizations are the last line of defense for combating sexual assault and rape by migrants.