Consider the legality of pornography. Federal law prohibits the possession and use of obscene materials. The law is fairly old as it bans “filthy pamphlets” and “filthy phonograph recordings.”

Generally speaking, pornography is not considered a protected from of speech under the 1st Amendment, as it is obscene. Obscene materials are not protected by the 1st Amendment. A case in 1973 altered the legal standard that defines what obscene is – it is a controversial three-prong test referred to as the Miller test. The first two prongs deal with community standards; if the average person of the community, applying state law, would deem the work appealing to a prurient interest and depicts sexually offensive conduct, it counts as obscene. The final prong refers to whether the work has any literary, artistic, political or scientific value based on whether a reasonable person in America would determine so. This third prong is a check on works, that in certain communities, would be obscene in a community but would have value at large in America.

Given the ubiquity of pornography and the fact a number of men will be on the jury, it is hard to conceive most pornography (obviously, child pornography will always be obscene) being found to be obscene. A conservative Christian group called “Concerned Women Of America” contacted all the federal prosecutor’s offices in the 2000’s to ask if they will go forward prosecuting obscenity cases – most did not respond and the ones that did said they had no plans to prosecute pornography.

With the loosened sex morals of the country that happened in the 1960’s and the changes in legal proscriptions of obscene material, a booming pornography business began to emerge in America. Simultaneously, anti-pornography groups began to coalesce. 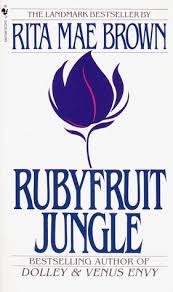 The most strident anti-pornography feminists are anti-sex feminists – referred to as radical feminists going forward. This strain of feminism was born out of lesbian feminism in the early 1970’s. Books like Rita Mae Brown’s “The Rubyfruit Jungle” detail lesbian’s exploration and their adulation of female sexuality. Quickly, they began to realize how markedly different their sexuality was from male sexuality.

Pro-sex feminists are nominally pro- human sexuality but, usually, only insofar that they believe women should be able to pursue sexual relations as they please. They saw and see anti-sex feminists as morally puritanical and they view the push to ban pornography as a threat to free speech.

While the movement was forming itself, the anti-pornography movement began to settle on focusing on pornography as promoting violence against women. The poster child for this movement was Andrea Dworkin. Her heated and vicious rhetoric was polarizing and fundamentally altered the arc of feminism. She made no difference between heterosexuality or homosexuality; she said all male sexuality is based on hatred, power and male privilege. Here is commonly quoted statement by her:

Pornography is the essential sexuality of male power: of hate, of ownership, of hierarchy; of sadism, of dominance. The premises of pornography are controlling in every rape and every rape case, whenever a woman is battered or prostituted, in incest, including in incest that occurs before a child can even speak, and in murder—murders of women by husbands, lovers, and serial killers.

At the height of this movement, Andrea Dworkin and Catherine MacKinnon (a prominent legal scholar) sought to legislatively codify their approach to pornography. Leaning on the Miller standard, they decided to target municipalities for their model ordinance. They framed pornography as sexual discrimination and labeled pornography as “the graphic sexual subordination of women through pictures or words.” (Would “Fifty Shades of Grey” pass under this ordinance?) Under that definition, they articulated that their definition of pornography includes at least one of a number of criteria: sexual submission by a female, women presented as sexual objects, women on display and women being penetrated by objects. These ordinances were introduced into many cities, most famously in Minneapolis, twice. Even when they were passed, such as Indianapolis, they were quickly slapped down by federal courts as violating the 1st Amendment.

At the same time radical feminist’s agitated against the fruits of the Sexual Revolution represented by pornography, conservative Christians began to grow disaffected. Lyndon Johnson famously remarked after signing the Civil Rights Act of 1965 he signed the South over to the Republicans for 50 years. While he was right, he wasn’t right about what would emerge as the major organizing movement for Republicans. Nixon pursued a “Southern Strategy” whereby he would appeal to racism of the South by way of campaigning for states’ rights and a strong, muscular police force. Top Republicans understood the arc of American progress and knew weakening voting rights and civil rights were a complete nonstarter for their Northern voters, but understood the Democratic hegemony of the South no longer existed. In this vacuum, emerged a man named Jerry Falwell. 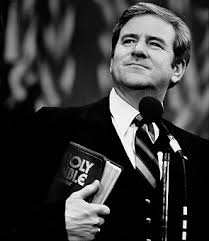 Jerry Falwell was an influential Christian pastor who was not only charismatic, but also politically savvy. He sensed the growing discord Christian Americans had with the arc of American society and began to form a political movement known as the “Moral Majority.” Opposition to abortion,  opposition to the ERA and maintaining strong ties to Israel were all key planks of the movement. The growing power of the movement almost catapulted Reagan to the Republican nomination in 1976; it certainly helped Reagan to secure the Presidency in 1980.

As for Reagan himself, as governor of California, he signed off  on bills legalizing abortion and no-fault divorce. Both signings tarnished his conservative reputation – no-fault divorce, in particular – so he needed to appease the conservative Christians who voted for him. As such, he stridently opposed pornography. He was renowned for stance against pornography and his Presidency was noted for his increasing enforcement of federal laws against pornography.

Reagan sponsored a meeting in 1983 about how to deal with pornography at the federal level. This lead to Reagan’s sanctioning of the Meese Commission in 1985. 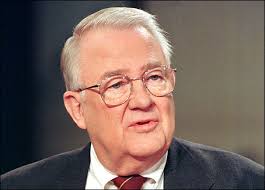 Edwin Meese was the Attorney General for Reagan’s second term. He was a stereotypical conservative Christian attorney, but he had a curious obsession with pornography. Both Lyndon Johnson and Richard Nixon had funded inquiries into pornography and those studies had concluded it was best to legalize pornography. Reagan did not agree with the studies and had Meese chair more studies on pornography. The hearings focused on the effect of pornography on children, but also the violence inherent in pornography. The funding for the hearings was limited, but afforded a particularly interesting union of Christians and radical feminists.

Radical feminists heard of the hearings and came in droves. In these hearings, they unleashed their firebrand theories – and it was, by and large, swallowed whole by the sponsors. The chairman of the hearings, Henry Hudson, requested transcripts of the radical feminist testimony. In the end, the commission issued all sorts of recommendations and possible legal approaches to combating pornography. They advanced some bizarre legal approaches to pornography, such as considering consensual pornographic films a violation of the right to privacy. They also advanced a legal theory that participation in a pornographic film was a violation of federal labor law.

However, by far the most disturbing recommendation was the wholesale endorsement of the Dworkin-MacKinnon ordinance. They endorsed treating pornography as a violation against women, as a class, and endorsed all the ways their definition sought to limit the expression of pornography. Dworkin and MacKinnon held a joint press conference celebrating the endorsement. Meese wasn’t a legal fool, as he knew their approach to the law would never pass muster with the Supreme Court, so he dropped a footnote in the report stating that Dworkin-MacKinnon approach should necessarily be limited by Supreme Court jurisprudence. While the Dworkin-MacKinnon approach has never been directly addressed by the Court, the Court has affirmed an appellate case that dismissed the approach on 1st Amendment grounds.

The reason both radical feminists and some conservative Christians came together over the issue of pornography is the wages of moral puritanism – otherwise known as Obsessive Compulsive Personality Disorder. OCPD is based out of the inability to come to terms with anti-social thoughts (we all have bad impulses within ourselves) and, as such, they need very strong rules in place in order to prevent the expression of said impulses and behaviors. The trouble is, all of us have anti-social impulses and desires from time to time; people who have levels of OCPD don’t understand that. All they understand is enforcing rules so they never have to come to terms with those untoward impulses or thoughts.

Pornography is a difficult concept to understand for some. It represents the biological nature of sexuality, it depicts sexuality in a way that doesn’t reflect the sort of fanciful dimensions that are taught to children and teenagers in America and it represents impulses that are completely upsetting to some, mostly moral puritans. The vicious fight over pornography in America revealed the common strain of psychology that undergirds much of mainstream conservative Christianity and feminism. The fact that Meese and radical feminists agreed on a plan to ban pornography showcased the fact that their collective psychology is similar and the effects of their actions – the banning of pornography – is also reflective of that psychology. When considering any ideology’s psychology, the end result of their actions must always be considered, as the end result is reflective of what they truly desire.

The banning of pornography pursued by both groups here has little to do with promoting better values in society, reducing violence against women or any other excuse invented to explain away their dogged pursuit at drowning out human sexuality through censorship. It is about brutally oppressing the expression of human sexuality so they never have to come to terms with their sexuality. Humans, as sexual beings, have all sorts of bizarre, violent and downright weird sexual impulses both infrequently and frequently. Using ideologies (Christianity) or creating ones out of whole cloth (feminism) in order to oppress other’s expression and enjoyment of their sexuality isn’t about the expressing party so much as it is the oppressing party seeking to scrub the world of that which makes them all too aware of their anti-social impulses.

The problem with such enforcement of rules is that it does nothing but shore up their sense of the world. People are always curious about what they are told to not view. Pretending that such strict enforcement of the rules will do anything but help calm them is ludicrous. Often times, their dogged pursuit at censorship, social shaming and outright punishment has the reverse effect – exacerbating the problems they seek to target. Often, this is intentional. By driving others to engage in anti-social behaviors, they seek to use increasingly strident enforcement of rules to shore up their psychology.

Pornography is representative of that, as humans can no longer deny that men are biologically attracted to youth and beauty. Books like “50 Shades of Grey” represent women are attracted to power, confidence and social status. There is no going back now. However, some of us like to pretend we can travel back to a time when we could whimsically fantasize about the reality of  human sexuality. The cold, indifferent truth about human sexuality is staring society down. The Rubicon was crossed a long time ago. We can pretend to ignore the reality of human sexuality or we can face it head-on and make informed decisions going forward. Given the existence of the Porn Wars as a real episode in US history, I have a strong inkling as to which path we shall chose.

Read More:  The Roots Of Feminism In America