The Sexual Marketplace Is Hard But Not Impossible

Are you disturbed by the present dating market? Well, in many ways you should be, especially if you live in a place like Toronto, Washington D.C., Seattle, or London. Yet there’s a difference between criticizing the sexual marketplace and completely or half-giving up on it. I see countless men who have lost hope or, sometimes just as badly, keep doing the same things they have been doing and then bemoan the identical results they get.

There are countless men out there with far more disadvantages than us, including very physical ones, who are achieving the same sorts of things with women and on a number of occasions even doing better. One example I want to share with you is that of Maurice Simpson, who came to public attention for surgeries to help his severe medical condition and facial deformity, neurofibromatosis.

This woman agreed to have a child with him: I’m presuming she was an 8, possibly an 8.5 before she got pregnant. With respect to Maurice, aesthetically-speaking he’s a 0 or 1. Still, we know in this case that didn’t matter. Although he’s from Utah, hardly the worst place in America to find a marriageable or maternal woman, he did well with what is clearly a great attitude. The couple split, but that’s beside the point. He put his seed into a woman who, in conventional terms, was way out of his league.

Men like Maurice Simpson are obviously outliers, as there are plenty of men in a position like his who are absolutely crushed by their appearance and/or impairment. Their experiences should nonetheless cause all of us to pause and reflect, irrespective of how many good quality notches we have. With game, unique achievements, or some sort of voodoo mojo, supposedly “no hope” guys can do a lot more than they think.

Many of your problems are self-inflicted or about perspective 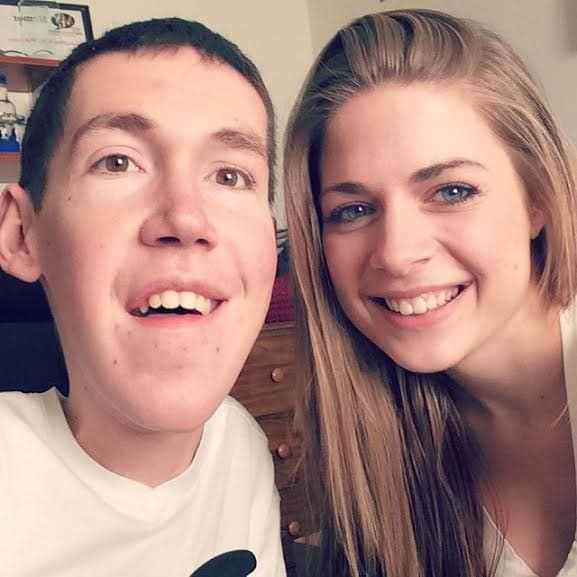 Shane Burcaw and his girlfriend.

My life has been full of completed and half-completed flings and relationships. Having always believed in a form of plate-spinning, managing multiple girls simultaneously, I would see how many I could juggle at once. I was expecting successful logistics, ones that were in reality impossible. Of course, when difficulties (and rejections) invariably arose, at times I became disheartened. Whilst I never became fixated on the ones that got by, my biggest regret is the amount of time I spent on things other than self-improvement in particular areas.

With a little introspection, most guys will realize that their problems with women are a combination of things that are their own fault (and usually fixable), things that are normal to grow out of (an initial neediness in relationships, etc.), or things that just don’t really matter (like certain kinds of girls who are unlikely to ever like you).

Someone like Shane Burcaw could worry about all the girls in the world who would not want to sleep with him due to his disability, let alone those in liberal feminist America. If someone deserves to complain about the state of the sexual marketplace, it is him or those in comparable situations. Regardless, similar to Maurice Simpson, he landed a cuter girlfriend than perhaps 90-95% of guys in the West. She’s not the 10 everyone said she was, but this guy’s doing well.

I and my fellow ROK authors will be the first to admit that there are serious issues with the sexual marketplace and not all men, far from it, are going to be winners. That’s not the end of the story, however. Inasmuch as reality is reality, many men have shown that success is possible, not to mention possible when some of them have challenges, ailments, and even grotesque deformities that you think would exclude them from any happiness with girls whatsoever.

Unless someone can think of presently unaired reasons as to why they can’t get a foothold in the modern sexual marketplace, self-improvement and game will still get you much of what you want in life and with women.

Read More: How To Deal With Intense Male Competition In The Sexual Marketplace