Feminists and white knights everywhere are up in arms because a black cop at a college football game punched a white woman who struck him (and tried to strike him before that, too). Well, in a nutshell, the woman deserved it.

Not only did Bridget Freitas of Pembroke Pines in Florida get what was coming to her, she should also be shamed for her terrible, drunken behavior. It is high time that women dealing with police (and men in general) realized that hitting someone should come with the expectation that they will hit you back—and potentially hard.

For now, Freitas is charged with felony battery against a police officer. If the charge sticks and she’s convicted, the pussy pass will likely come into effect during sentencing. Vulturous attorneys in Florida are probably already salivating at the prospects of being able to launch a million-dollar civil suit for “excessive force” on her behalf. That said, how she should be able to stay employed as a registered nurse, a job in which she presumably often interacts with police, is beyond me.

Freitas’ attack on lawman Douglas Ross had been preceded by her repeatedly refusing to leave Hard Rock Stadium, where the University of Miama was hosting Virginia Tech. She even sat on the steps for a time and didn’t budge. Of course, the reason for her eviction was clear—she had been abusing other patrons and allegedly hit another woman.

So just take it on chin, Bridget (or in the face).

No news here, move along 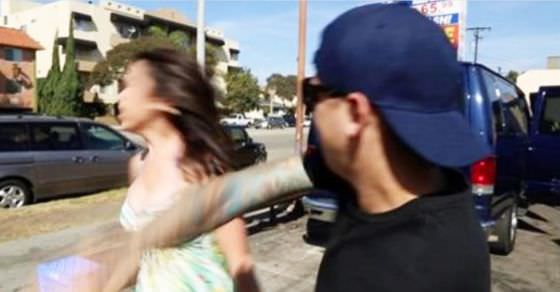 Why did she hit first?

I have lost count of the number of occasions I have seen police, security guards, nightclub bouncers, and bar patrons hit other guys back, usually much harder than the blow they received. None of this makes the news, irrespective of how much bigger, more martial, or less inebriated the retaliator was. Nor should it usually make the news.

If you pick up one end of the stick, you’re picking up the other end, too. If women deserve the special sensitivity that comes with not being backhanded or punched by a man, they can keep their hands and legs well and truly to themselves.

As we can always predict, various outlets are going into overdrive to defend Bridget Freitas and cast defamatory aspersions about Douglas Ross. ABC News takes the cake so far:

With her eyes half-closed, Freitas flails with her open hand at Detective Douglas Ross, who is carrying her right leg.

No, this was a deliberate and premeditated attack on a law enforcement official and therefore the community. “Flailing” is when you’re having an epileptic fit and cannot control yourself, or falling and desperately trying to grab onto something. Only God knows how much worse professional liberal typists would have reacted if the races were reversed and a black woman had been struck by a white officer.

Who’s going to wife her up? 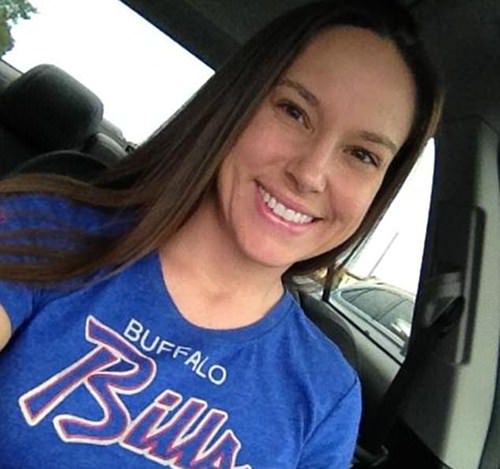 Sadly, some chump will. And you can bet your bottom dollar that if Bridget Freitas hits a cop when she’s drunk or feels irritated, she is capable of taking swings at her future husband. Thankfully for the guy who marries her, though, the police now have her priors and will be more likely to think that any domestic dispute was triggered by her.

It’s a pathetic indictment of the state of the modern sexual marketplace that we know without a shadow of a doubt multiple, probably desperate suitors await Freitas, if she doesn’t have them already. Needless to say, she will probably rule the roost over any man she half-settles down with, as he will believe that she is the best he can get.

We can hope that the courts will throw the book at this poor excuse for a woman, but I am not holding my breath. The bigger, more obscene probability is that hardworking Douglas Ross will lose his job either soon or down the track.

Read More: How To Get Over The Fear Of Being Punched In The Face