The Story Of How Female Viagra Got Approved To Fight “Sexism”

This seems like a good deal, right? Finally, females have their version of viagra. She’s not in the mood? Let’s give her a pill and she will be DTF.

Give her a pill and she’ll get in the mood

From the start of the millennia, Big Pharma has invested many resources trying to develop a cure for low female libido. As we know, this does not come from actually caring about people’s’ well-being, but from a greedier outlook. If Big Pharma can get females hooked up on better sex life, it will provide a new cash flow that will last decades (or more). Also, if you think about it – having a good sex life might also relieve stress, decrees boredom and reduce divorce rates. Looks like a win-win.

One cannot have a drug without naming a disease. The solution was to “identify” it as a disorder. DSM-IV-TR (Diagnostic and Statistical Manual of Mental Disorders) named in 2000 “Sexual and Gender Identity Disorders” as HSDD (Hypoactive sexual desire disorder). This means that premature ejaculation, paraphilia (fetishism), analloerotic (having no sexual interests in other persons) and lack of sexual desire are in that same category.

Now that the “disorder” was identified, the public was “educated” that low sex drive needs to be tracked and monitored.

“I’m not in the mood. Try another day”

After a few years in the lab it seems that there was some light at the end of a tunnel.  Boehringer Ingelheim, a German drug company, was able to synthesize a new anti-depressant named Flibanserin. The company noted that some of the participants reported increase of their sexual drive. Looks like a revised Viagra story. The clinical trial was based on pre-menopausal females – young females are not yet reproductively useless.

The trial divided the subjects into 2 random groups. Every day, each subject was asked to rate their sex drive on a 4-point scale (0 – no desire, 3- intense desire). The trial found out that there was no distinctive difference between the groups.

Furthermore, it seems that by taking Flibanserin, there were major side effects: dizziness, sleepiness, and nausea. Based on those, the FDA rejected the new drug based on risk-benefit as well as failure to demonstrate a statistical effect on the sexual desire and overly restrictive entry criteria for the two Phase 3 trials. The message was received and Boehringer Ingelheim decided not to throw good money after bad one.

Throwing bad money after good money is not a calculated step

One man’s garbage is another man’s gold. A new pharma company named Sprout Pharmaceuticals thought that they can win the gold. Actually, from the looks of it, the founders thought exactly that. They approached Boehringer Ingelheim and bought the rights to Flibanserin, after raising 20M$. Sprout was headed by Cindy and Robert Whitehead who both had extensive experience in the pharma business. 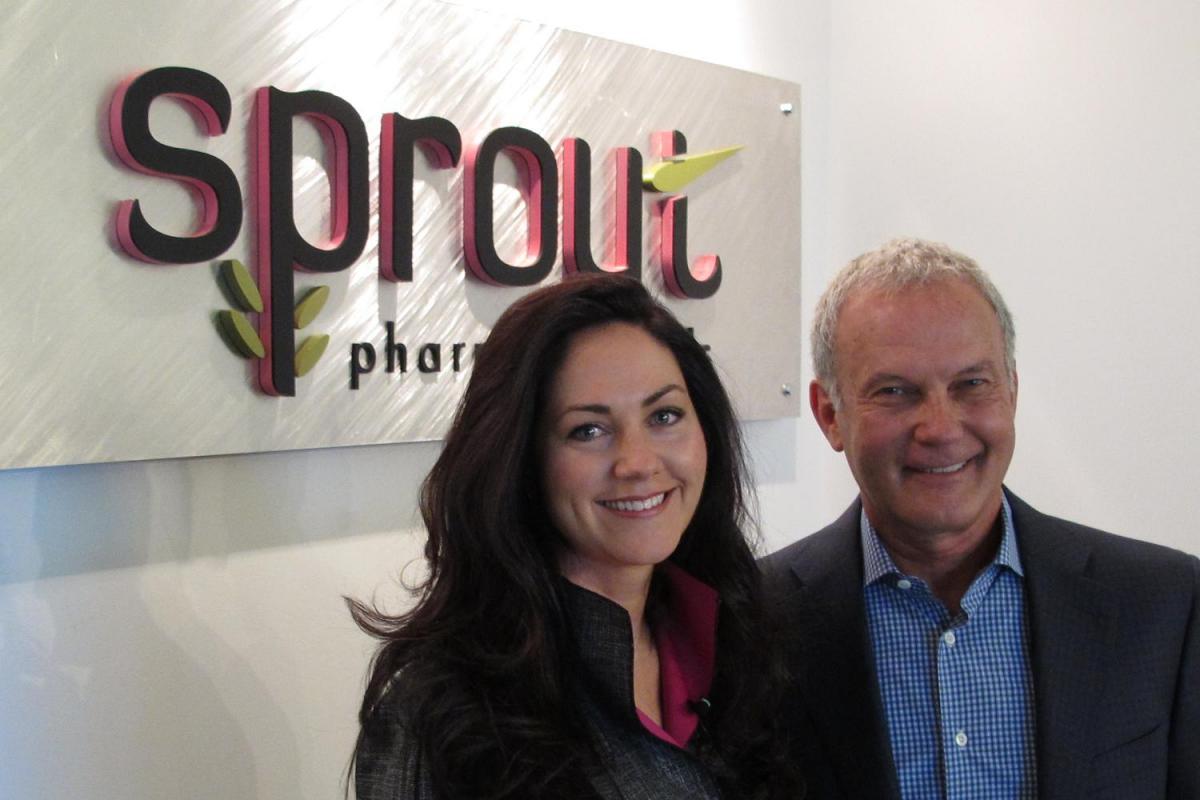 They looked up the FDA comments and decided to change tactic. Instead of a daily report, it became a 4-week report (meaning that the subjects reported every week about the past four weeks). That smelled bad – we all know that the longer one waits with reporting subjective feelings (and desire is completely subjective), the more prone to error one is. The company re-submitted the drug for the FDA in 2013. The FDA rejected it again based on the same risk/benefit ratio.

What do you do when the government refuses to give you a license to print money? You lobby and use the classic straw-man – feminism. The company established advocacy group called Even the Score in D.C. and started using feminist language to shame the establishment and call the FDA “sexist”. They went after congresswomen and got them to write letters to the FDA. They went as far as running a campaign. Here is one of the commercials:

The pressure worked, but was noticed even by BuzzFeed, which we all know is not a harsh critic of liberal/feminist policies. In 2015 the FDA approved the drug for commercial use, even though nothing basically changed. One can read the pressure into the release:

The FDA has recognized for some time the challenges involved in developing treatments for female sexual dysfunction.

Since feminists like to beat the drum on equality, it is important to note that there is still no treatment for men:

Prior to Addyi’s approval, there were no FDA-approved treatments for sexual desire disorders in men or women.

Right after the approval, Sprout Pharmaceuticals was acquired by Valeant Pharmaceuticals for a whopping 1B$. Valeant actually thought they had a good deal going for them. However, as Murphy’s Law states: “Anything that can go wrong will go wrong.” – so did the “female Viagra”.

Valeant had a practice of buying drugs and then driving their price up. That was all good, until the government noticed. It was on October 2015. To make matters worse, Valeant doubled the price of Addyi to $800. Addyi also faced the problem of distribution, as Valeant chose a company named Philidor, which went out of business shortly.

Yes. It was that fast

Sprout shareholders, angered by Valeant practice, reached out to Valeant management and demanded explanations. The height of this was a complaint filed last November that is still settled in court. The 2016 sales were poor – about $10M globally. The comparison to viagra is not flattering – it sold $788M on its first year on the market. Valeant is now bleeding money, and its main shareholder sold out on March this year at a reported loss of $2.8B.

Yes. I got a Billion dollars and all I had to do is manipulate the government

This is a story of greed and abuse of power. It shows how the state can be easily manipulated using “sexist shaming” tactics. Also, the only people coming on top are Sprout Pharmaceuticals shareholders, headed by the founders who had their pockets filled and just moved on. It was almost a “hit and and run” corporate scheme. Everyone else connected to the “pink Viagra” paid a heavy price. This was also a clear case in which feminism was nothing more than a vessel for big money. Who cares about health, when big money is on the line?

From a red-pill perspective, we know that a woman sexual desire is a fluid and fickle phenomenon. Not everything can be repaired by drugs and chemistry. Life is more than measurable quantities. In any case, we are all waiting to see if and when an actual “women’s Viagra” will be on the market – how many women will actually use it. Women would rather not thwart their hypergamious nature than to have a sexually satisfying relationship with a beta.

Read Next: The Anti-Feminism Wisdom Of The Bible