Recently, a German judge has acquitted a Turkish drug dealer, fully understanding that he forcibly and undeniably violated a woman for four hours to the point of incapacitation. The reason for lack of conviction was that the perpetrator was presumed to not culturally understand what rape was. As described, due to the “mentality of the Turkish cultural circle” (note Turkey is more than 95% Muslim), the Turk was simply participating, in his opinion, “wild sex”. In the justice’s words, “A conviction is not possible, because no intention is demonstrable.”

The defendant maintained that he would never do such a thing because he himself had female relatives. The victim herself, who personally described her direct refusal and the subsequent brutality, when asked “Could it be that the defendant thought you were in agreement?”, agreed. Acknowledged as a “heavy blow” for the injured party, the violent sex was not considered rape and the charge dropped.. 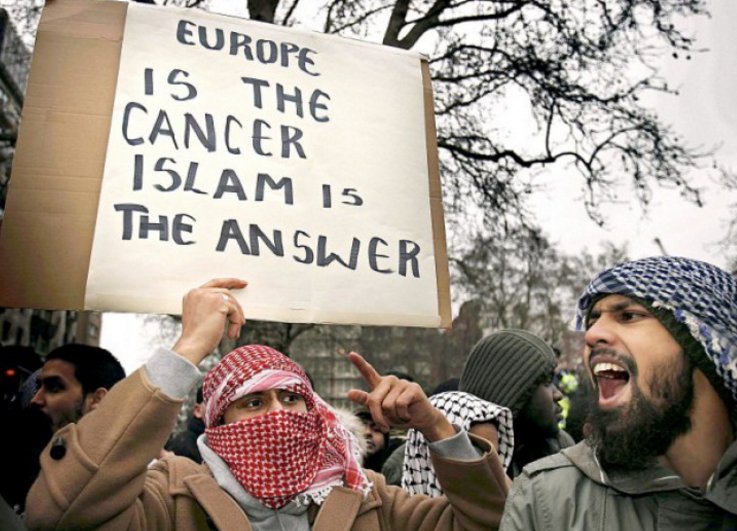 This is not a unique event. Rape waves have been reported everywhere Muslim refugees have been allowed, and mainstream media always remains silent, if not attempting to defend or falsify the offenses when forced to. However, the particular incident is notable as an official declaration of the German, and likely all Western European, government.

Let them come, and let them rape without consequence.

The leftist narrative has indoctrinated German natives so strongly that their inclusive multicultural respect and bureaucratic conformism is even able to warp what is beyond doubt rape into an offensive cultural question, a question both a legal authority and the sexually assaulted woman answered yes to.

Nothing was hidden, nothing concealed; all evidence was confirmed and understood, only to be disregarded as an ethnic misunderstanding.

After importing real rape culture into their societies, the people of Germany are rarely successful at reporting cases against Muslim miscreants, and even more rarely at winning them.

Police would rather cover up these crimes, including rapes of their own women, than risk their careers and income, for fear of being branded an Islamophobe in a multicultural society.. One national study showed that less than ten percent of men that are accused of rape are convicted (expectedly, religious and ethnic background were not distinguished)

Where is the national outcry?

Despite the liberal media’s best efforts to eliminate accusations and convictions of migrant crime, the engines of truth render such information indestructible and available to all those who search for it. Those who do know, though they may personally defend their friends and family, lack the political influence and population to change their crumbling society. Some leave, knowing they are unable to eliminate the newfound threats of their ancestral home, becoming refugees themselves of their invaded nation.

As the Islamic state is given free reign to accomplish cultural dominance, the useful majority continue with their lives, unconcerned about the very existence of their people. The harsh fact remains that the patients offered the red pill have always been in the minority. There is no outcry because the people who are capable of action, the men, have been raised from birth along with their women in pacifist, draining environments, and indoctrinated in multicultural acceptance and enthusiasm.

How does the liberal institution portray these events?

The issue with promoting a narrative of lies is that you must handle the flagrant inconsistencies your followers see.

Silence is a simple tactic to to allow your pawns to never even notice events they would otherwise be outraged at. It is for those who lived pampered lives and would never deign to search for anything beyond their popular “news”, who would readily deny and attack the existence of anything beyond the institution’s instruction.

However, hiding the violent realities of multiculturalism is impossible. There is one far more powerful strategy, one heavily evident in this case: distortion. Warp the mind of the culture, and you are able to do anything, even the most heinous acts out in the open and in front of the faces of those you control.

Leftist schooling appears to explain away all events as ludicrous, an exceptionally rare accident, a racist misunderstanding, or a complete fabrication entirely. Few escape the system, and most who do are directly scarred from personal attacks.

The culture war is a fight for truth, and the innately arduous conversion process takes decades to enlighten a significant portion of men. But as the years pass in decline, does the process hasten in immediate realization or stagnate as the nation falls deeper into institutionalized ignorance? The choice is yours, Germany.