5 Things I Learned After My First Trip To Japan

ROK readers are familiar with so-called love tourism and to travel to regions such as Eastern Europe, South America and Southeast Asia with the intent to meet feminine and moderately to highly attractive females. Needless to say these excursions include other activities as well, since men tend to partake in a variety of interests and hobbies (although the sex drive and the activities that it leads to are perhaps the strongest among them all).

East Asia—such as Japan, Taiwan and South Korea—offers manifold slim female figures but also many ugly faces, to put it frankly. However, the number and share of those who are both on the thinner side and have cuter faces are definitely high enough for a monthly trip or longer to be worthwhile.

Relatively attractive males—such as myself, although I do certainly have my flaws and cannot compete with celebrities—typically go for SMV 7-8, using both nightclub game, day game and online game, and adjust the strategies according to cultural differences and the current location and context. Typically, one needs to use less game than in the West but still be smart enough to avoid both too competitive locations and places full of foreigners, and figure out logistics. In East Asia and Southeast Asia I tend to sleep at either a regular hotel, at which I bring the catch, love hotels, or in some cases at the girls’ cribs (the two latter have come up as preferable options in Japan).

Moreover, universal traits such as to be confident enough to dare to talk to strangers and just be fairly good-looking, underlie any kind of result in East Asia and elsewhere. If one sees Western guys with clingy Asian 5s, then it is most likely because they are male equivalent 5s, or less, themselves.

Regardless of the exact outcomes, the experiences can teach you some lessons about both yourself and the world. My first trip to Japan taught me several things.

1. Hyper-feminine girls are the best Before I left I had a girlfriend of European descent at about SMV 7 and we had a pleasant sex life and good personal chemistry, although her neurotic tendencies caused some damage to our relationship.

But when we broke up I felt the urge to try something different, and at least subconsciously, more feminine. My ex-girlfriend was of course not androgyne and on the thinner side, but could still not match the hottest Japanese females’ ultra-feminine character. One concrete example, an individual whom I met in Shibuya in Tokyo: 5.2, 90 lbs, high heels, slim legs, long hair, short skirt, well-groomed, and—perhaps most importantly—had a loyal and sacrificing inclination.

Of course, we should be careful to generalize in misguiding ways, but as far as anecdotal evidence based on numerous accounts goes, one rarely or even never experiences these traits among Western counterparts. For instance, the girl waited for me for over 20 minutes so that I could get back to my hostel to collect cash for the love hotel at which we continued our early morning rites. She also clearly waited a good while for me to have the nuts, albeit being tired, during our first love session.

A large share of us tends to be attracted by girls within a continuum of various height-weight ratios between, let’s say, 5.1-5.9 and about 90-130 lbs. Some are quite thin (although not anorexic) and some are so-called normal. We consequently think that small tits are okay but larger, even fake tits, are good too. Beauty comes in quite many, but obviously not all shapes and sizes.

What I learned from my experience in Japan is that few things can compete with a petite hot body. It is not so much the front as the rear side of her female corpus that appeals to one’s taste: the sculptured back and the firm ass, bulging like a solid yet spheric pale apple, and which manifest themselves as heavenly exotic fruits during a sequence of coitus more ferarum. After that I have been going after these types of girls, regardless of ethnic background, rather than the ”normal” types, whose asses tend to more paste-ish without the clothes on.

3. Western males and Asian females is a win-win situation

I am not an Asian fetishist, and like I stressed in the preamble of this article, I am fully aware of all the uglies. But when it comes to attractive Asian females and corresponding Western males, things might sometimes be like plus and minus poles. And the best thing is that it is a win-win situation for both sides.

Apart from the celebrities and some jacked fitness guys here and there, I think that East Asian males generally lack game, and appear to largely rely on the proximity factor. So when the more handsome and charming Western guys arrive, the local girls can temporarily escape their boring daily tasks and have some fun, for a night, week, month, or in rare cases perhaps more than a year.

This represents intercultural exchange of the most intimate kind, and is even better for mutual understanding than trade or boring academic research. One can only have an insider’s perspective after one has been – literally—inside of a local girl. Only post-colonial nonsense and feminist resentment can consider these beautiful acts as something “problematic”.

As much as a decent ONS is thrilling, regardless of location, some romantic element is often preferred in my opinion. Many guys are made up of both alpha and beta elements. We may create a superficial charm facade, try to appear somewhat better than we actually are, and make a bald move in the right moment, but many also thirst for some love and intimacy.

It is perhaps not love in the strict sense to hang out with a cute foreign girl for a week, have dinner, walk hand in hand, laugh, smile, fuck multiple times, and then say good bye before separation, but it is still preferable to a drunk fuck around 5 PM. That is also why love tourism is not only an euphemism used to distinguish it from sex tourism, but a relevant and substantial term.

5. Language is a very important aspect of communication

If there is anything I lacked during my visit to Japan, it is more well-functioning verbal communication. In that respect I actually missed my histrionic career girl back home to some extent. As much as I love the exotic dimensions of traveling and meeting foreign chicks, communication with too few words might in some cases reduce the completeness of the entire context. 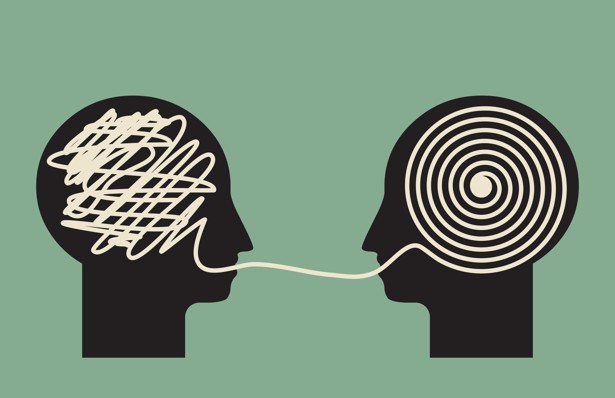 For the very same reason I do in some regards prefer foreign girls who speak decent English, such as Filipina girls or Japanese or Korean Americans currently living in Asia—if they have not become fat—or for some reasons more cosmopolitan Asians.