We’ve all heard expressions like “beggars can’t be choosers” and “better late than never” since we were wee lads. These aphorisms have been around since before our grandfather’s grandfathers and have stood the test of time as we hear them just about every day.

While there is truth in the above adages, there are a few that are complete bullshit that even red pill aware men live by or give undue credence to. Unbeknownst to the men who believe them, these faulty theorems are holding them back and will continue to do so until they see them for what they really are and eliminate them from their thought process.

What most of these have in common is that females all but make these sayings gospel truth and accept them as hard and fast truths regardless of context or circumstance. That’s par for the course for women but as men we have the ability to see through the nonsense and make our own minds.

That said, here are the three most prevalent age old maxims men should stop believing:

3. “What goes around comes around” The reason this proverb is untrue is because there’s no such thing as karma. There are many people who do good things who continually get shit on by life. That gave birth to the phrase “no good deed goes unpunished.” If what goes around really did come around, the aforementioned saying wouldn’t exist.

There is no greater example that shines a light on the erroneousness of this statement than the state of today’s sexual market. We’re told that the better we treat women, the better they treat us. If we’re loyal to them, then they are loyal to us.

If you’ve spent enough time in this sector of the web it’s easy to see that’s been proven to be grossly untrue. In fact, it’s quite the opposite as most women respond more favorably to poor treatment from men. Unappreciative, disrespectful, and abusive men enjoy more success with women than the inverse.

“What goes around comes around” is also a statement people cling to in order to cope with a wrong that has been done to them. If a girl cheats on him he’ll keep repeating this to himself to make himself feel better about the fact that she’s getting pounded by someone else these days. Women simply go and sleep with her ex’s best friend then chalk it up to “karma” as her reason for doing so.

“Well what about O.J. Simpson?? He got away with murder but now he’s in jail!”

Wrong. O.J.’s in jail because he trusted the wrong people and allowed them to lead him into a quasi-trap. Had he exercised better judgment he’d still be in south Florida up to his eye balls in women and cocaine. O.J. did this to himself….’karma’ had nothing to do with it

Don’t get me wrong, I’m a firm believe in that for every sequence, there’s a consequence. If you drive drunk enough times you’ll eventually get caught. If you work hard at your craft, you’ll get better. The difference between this and “karma” is that these are things you have control over.

But if you screw someone over or get screwed over, whatever happens after that has little to do with what you did or what got done to you. Shit happens. People get away with murder and other terrible things and people suffer terrible things when they’ve done mostly good in their lives and that’s all there is to it.

2. “You can’t always judge a book by its cover” 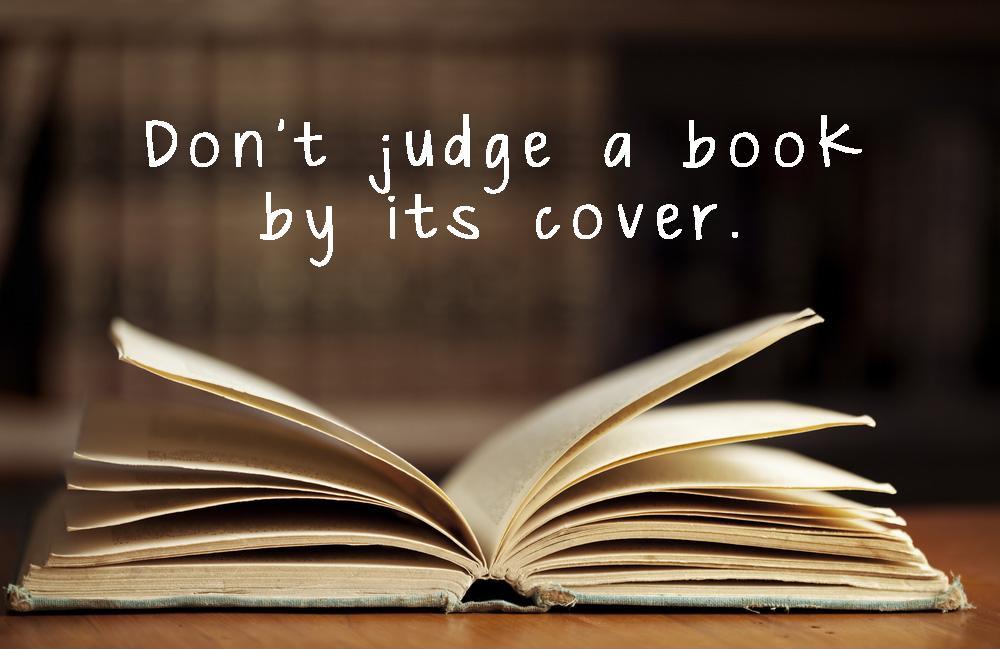 I remember back when I was 18 or 19 I was driving to the store with my youngest brother who is six years my junior. We saw this dude driving a gold tricked out Acura Legend with these shiny chrome rims pull into the gas station we were at. A dude leaned into his window for a few seconds, then left.

I remember saying to my brother jokingly “Man I’m in the wrong business” and he responded “How do you know what he does? He could be a doctor!”

I calmly said “Maybe, but would you trust him if he were your doctor?” He fell silent and shrug his shoulders in agreement.

The fact of the matter is that we all judge people by the way they look and act. A man in a suit who is well spoken gets treated better than a man in tattered clothes. Women who are dressed modestly are looked upon with more respect than women who are dressed like sluts.

It should come as no surprise that females, who spew this garbage far more than males, are the biggest hypocrites when it comes to judging “books” as they dismiss men as possible suitors based solely on the way he looks, dresses, and speaks. This isn’t a bad thing because their biological hard drives are programmed to weed out weak, low value males. If the man dressed in tattered clothes approaches her to strike up conversation she’s got every right to dismiss him. I’m sure she’s a loyal, virtuous woman on the inside

But the pendulum swings both ways. If the high value male in a suit sees a slovenly, unfit woman in his presence he quickly makes the judgement that she has no discipline, is unattractive, and would make a terrible significant other as her “cover” tells him everything he needs to know about her within the context of a sexual relationship.

Further, this so-called cannon reeks of SJW droppings. They would have us believe that abandoning common sense and personal sensibilities would make the world a better place when they’re the first to lock their doors if they see a dude with sleeve tattoos wearing a hoodie walking down the street.

Are there people out there who are more than meets the eye? Sure. There are people out there who are well off financially but live a modest lifestyle and men who know all the pick up lines but couldn’t pass a shit test even if they knew it was coming. But those are the exceptions to the rule and as we all know, the exception doesn’t make the rule.

So can you always judge a book by its cover? No. But you can most of the time.

1. “The grass isn’t always greener on the other side” 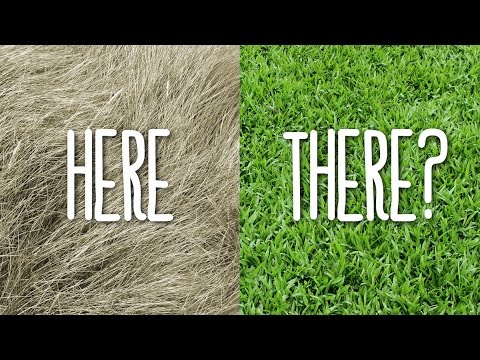 Back in August, my best friend in college came west with his wife for their annual visit. Back in the day he was more red pill than anyone I knew. He treated girls like shit and they loved him for it. He got married right out of college and it didn’t take his wife very long to tame him.

Long story short, she turned him into a sniveling beta in no time flat and every time we all get together the vice she has on his balls gets squeezed tighter by the second. Needless to say she doesn’t like me very much because I represent the life he could have without her. Any time I regale them with a story about this chick or that she’ll shoot a glance at him that has “the grass isn’t always greener on the other side” written all over her face.

This particular falsity sounds as though it was designed specifically to keep blue pill men unaware of how awesome his life would be if he took the red pill. As if giving feminism the finger, getting fit, stacking paper, learning game and sleeping with beautiful women is a bad alternative to being married to a fat, bitchy female who will divorce rape you the minute she gets the ‘seven year itch.’

In a red pill context, the grass is always greener on the other side. The crimson capsule lifestyle is far more gratifying than living in the matrix and men here know and understand this very well. Yes, sometimes a new situation isn’t all its cracked up to be and yes it can sometimes burn you to venture into what you believe to be greener pastures.

But there’s another proverb that flies in the face of this one that every man should internalize and live by:

A few more we should discard from our minds

“You can’t love someone unless you love yourself”

I’m not sure where this one came from but I’d bet the farm it was coined by a woman. Women, who are notoriously insecure and are utterly incapable of loving themselves for a number of reasons, fall in love all the time. My guess is that they use this bullshit expression when breaking up with a guy with the typical ‘its not you it’s me’ excuse. Either way, self love isn’t required to express or feel love and they know it.

“Age ain’t nothin’ but a number”

Funny…age doesn’t matter to females when they’re underage and sleeping with a man in his late twenties or when they’re past the wall and embracing the ‘cougar lifestyle.’ But when they sees the men they want dating younger, tighter versions of themselves they’re always the first one’s to call him a pedophile. Typical.

“Don’t put too many irons in the fire”

A man should never stop looking for ways to improve himself and better his situation. Using myself as an example, I’m currently working on two podcasts (one of which has already launched), I start Brazilian Jiu Jitsu next month, I lift, I bike, I write, and I may look into getting my helicopter pilot’s license in the not too distant future.

Don’t get me wrong, a man has to take time to rest and recharge his batteries. But so long as he masters the art of time management and take advantage of downtime, he can have as many “irons in the fire” as he wants.

“The squeaky wheel gets the grease”

Another falsehood used by women when complaining about what they’re not getting. Rather than go about getting his attention the right way by losing weight, being kind, acting feminine, and taking pride in her personal appearance, women are taught that bitching and complaining all the time is the best way to get what they want from us. They’d rather gripe about the promotion they didn’t get instead of working hard and earning it.

It’s important to keep in mind that there are shards of truth embedded in these conjectures, albeit very minimal. But we should be keenly aware that most conventional wisdom that comes from a culture steeped in feminism is likely to be extremely damaging to men. Just like the ridiculous “Happy wife happy life” b.s.

Next time you hear one of these so-called proverbs, take a closer look at it and decide for yourself whether or not it benefits you as a man. Chances are, it probably doesn’t.