An Exploration Of Finding Meaning In Life Through Logotherapy

Ryan Holmer is an explorer, a writer and a historian. Born in Canada, he currently lives in Ukraine, where he runs two successful consulting agencies. He writes about lifestyle, travel, money, history and everything in between. You can find him on Twitter and his blog.

What motivates you to live? What is the meaning of life?

For centuries, mankind has questioned everything. Mankind’s quest for the answer to what drives us, and what pushes us forward in times of darkness is not exempt from analysis. In fact, it’s been a consistent theme since the dawn of time. Stoicism, although not directly attributed to answering ‘what drives us’, skirts around the topic and creates a general set of principles to help us deal with negative externalities in life.

While many philosophers have pontificated on the subject of mankind’s driving force, and the ‘will to live’, there’s a problem inherent with such an analysis. In order to research such a basic, and instinctual topic, one needs to experience a visceral, cerebral experience that brings him or her to a basic, instinctual level, before having such an epiphany. One needs to examine our animalistic base, and then explore logically from there.

One such analysis is known as Logotherapy, from the Greek word logos(wise). Logotherapy, developed by Viktor Frankl, is an influential school of psychotherapy, that is founded on the pillars of ‘what motivates mankind’. Before we delve into Logotherapy, however, it’s important that we discuss Viktor Frankl—who he was, and why his unique perspective provides for an incredibly powerful source of credibility and authority. 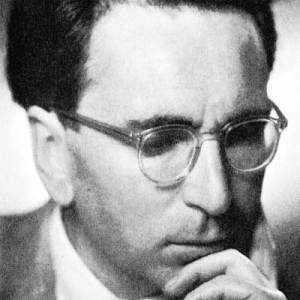 Viktor Frankl was born in 1905, in what was at that time known as Austria-Hungary. Frankl was a neurologist, and psychiatrist. His early life was relatively unspectacular, but from an early age he displayed an interest in philosophy, as well as psychotherapy. Initially interested in Freud and Adler’s work, he began to see their faults, and eventually diverged from their teachings—becoming particularly interested in depression, as well as suicide.

During 1933-1937, Frankl, in completing his residency in neurology, was responsible for setting up the Selbstmörderpavillon, translated in English to “the suicide pavilion”. It’s estimated that Frankl, along with his staff, treated upwards of 30,000 women who had suicidal tendencies.

In September of 1942, his life was shaken. Frankl, along with his wife and family, were deported to a Nazi concentration camp, known as Theresienstadt ghetto. Whilst there, and during his stay at Auschwitz, Frankl worked as a doctor in the psychiatric care unit, focusing on mental health, helping newcomers deal with shock and grief.

In 1946, after three years in a concentration camp, Frankl released his book entitled Man’s Search for Meaning, which details his experiences as a holocaust survivor, as well as his theory, which became known as Logotherapy. The book is divided into two parts—part one is a detailed account of his experiences, whereas part two discusses Logotherapy.

His time in the numerous concentration camps began to shape his philosophical, and psychiatric theory. While he had read books on the subject of ‘psychological healing’ prior to his imprisonment, he had never experienced it to the degree in which he had become accustomed to. Particularly intrigued as to why some prisoners lived longer than others, Frankl began to organize his thoughts and document how the average prisoner’s life in a concentration camp was reflected in their mind. As a doctor focusing on grief and shock-stricken inmates, he was in a very unique position.

Hundreds, and during some weeks thousands, of helpless inmates were carted in Auschwitz, the most-feared concentration camp, weekly. Between the inmates sleeping next to him, and those seeking treatment, Frankl noted that each prisoner, without exception faced three stages of psychological reactions once entering the concentration camp. These stages were; shock, apathy, and depersonalization.

While seemingly unimportant, the noted documentation of these stages was very important for Frankl. As he began to notice, while every inmate experienced these stages, some experienced them to a less cerebral degree. Some inmates seemed less depressive than others, and featured a happier disposition. These inmates—with some expected variability—outlived the other inmates.

As he began to poke and prod, Frankl noticed something that separated these individuals from others—hope. There is never not meaning in life. Every moment no matter how painful, dehumanizing or horrendous it is, has meaning. By extension, Frankl suggests, even suffering is meaningful. The inmates that survived the longest—the ones that outlived the rest, had hope. Frankl suggested that he could tell whether or not an inmate would live just by looking at their faces—the face of a dejected, depressed inmate was obvious and clear as day. Without hope, they were doomed.

“Everything can be taken from a man but one thing: the last of the human freedoms—to choose one’s attitude in any given set of circumstances, to choose one’s own way.”

The next question that Frankl sought to answer was an important one, and the foundational maxim of Logotherapy—why did some men have hope, and others not?

The answer, was love.

“The truth – that love is the ultimate and the highest goal to which Man can aspire. Then I grasped the meaning of the greatest secret that human poetry and human thought and belief have to impart: The salvation of Man is through love and in love. I understood how a man who has nothing left in this world still may know bliss, be it only for a brief moment, in the contemplation of his beloved.”

Frankl, in his book Man’s Search for Meaning recounted several instances where he would be driven into brief stints of depression; after a beating, during a late-night march in bare feet, or watching his friend get treated inhumanely. He’d vacillate from depression by thinking, and longing for his wife. The men whom lasted the longest, invariably had a wife, or a job that they loved. It was this motivator, the unquantifiable love, that pushed men in inhuman circumstances to existentially escape the physical realm, and put mind above body.

What we can get from this

To answer this, Frankl codified three ways that he discovered is how we can find meaning in life – A job, love, and how we react to suffering. It’s important to realize that while it’s easy to read this and assume that Frankl is saying we should all suffer in order to find meaning—he’s not. He IS suggesting, however, that should we not have a job/deed, or love that allow us to find meaning in life, we can still find meaning by choosing how to react in a negative situation—our mental freedom is one of the only things that can never be taken from us, theoretically speaking.

The average man will never be faced with such a dire circumstance such as the atrocities that Frankl and so many others dealt with. What we can do, however, is choose how we react to life’s adversities.

A fair assessment of Logotherapy is that it provides a simplistic solution to a complex question (life). Since life is such a complex series of events, Logotherapy offers a solution that may not be representative of life’s true hardships and intricacies. In saying this, my own personal evaluation is that, this criticism in itself may have flaws, by assuming that a complex question must have a complex solution. Even the assumption that life is complex can be debated. It’s a cliched saying that ‘life is hard’,  or complex—and even if it is, it’s not out of the realm of possibility that a complex question has a simple solution – sometimes the answer we seek is right in front of us.

Viktor Frankl died in September 1997, and his works are still read today. Several Logotherapy institutes exist today named after him.

Read more: Does Life Have Inherent Meaning Without Belief In God?